An FBI internal bulletin reported to the Associated Press says armed protests could take place in all 50 state capitals leading up to Inauguration Day. 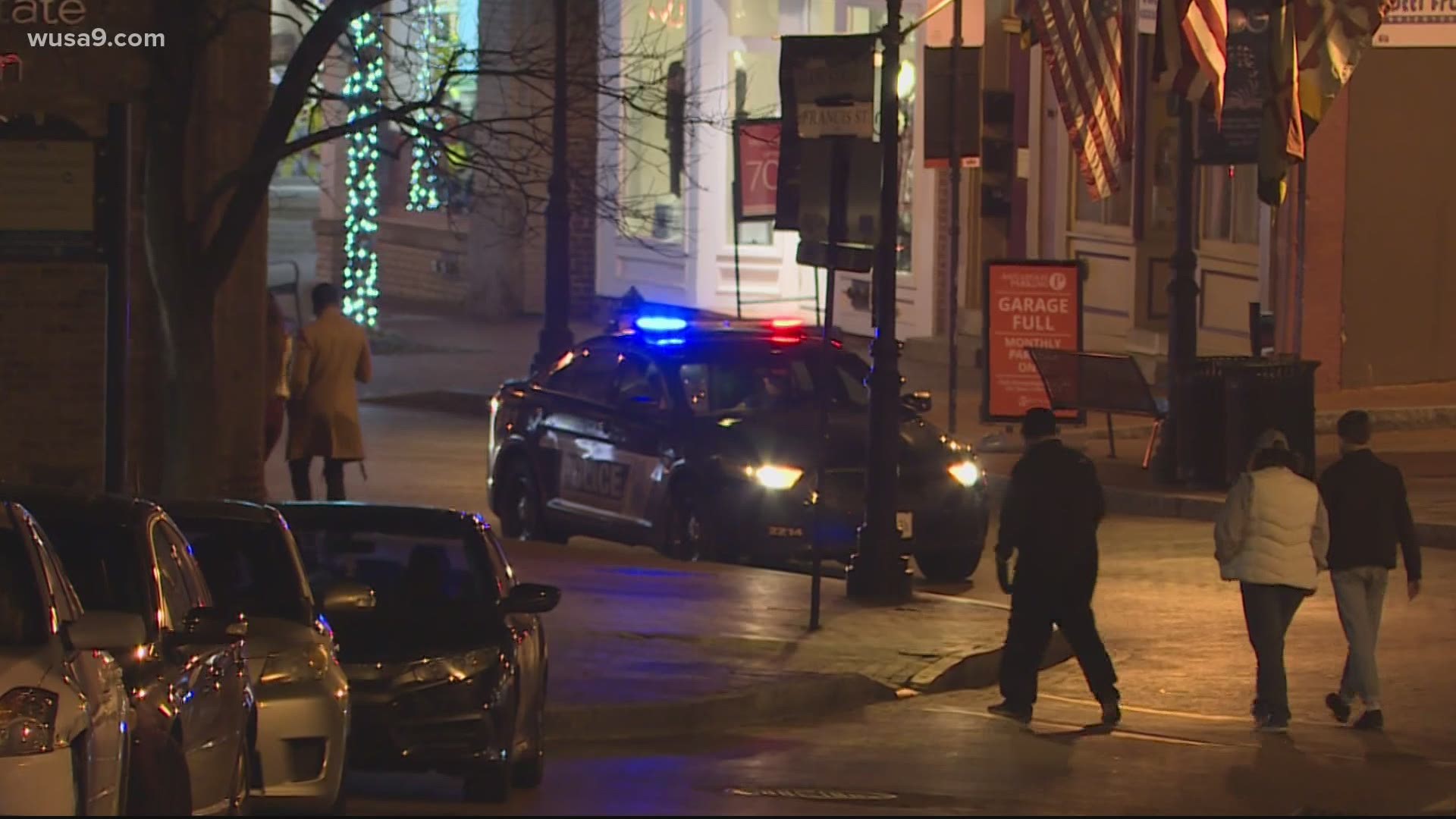 ANNAPOLIS, Md. — Law enforcement and city leaders in state capitals all across the country, including Annapolis and Richmond, remained on alert Tuesday ahead of possible armed protests starting as early as this weekend,

The protests are in response to the inauguration of President-elect Joe Biden next week and follow the Capitol riot on Jan. 6.

A recent FBI internal bulletin reported to The Associated Press by two law enforcement officials show armed protests could take place in all 50 state capitals and Washington, D.C. -- it could attract members of extremist groups.

On Tuesday, a Maryland State Police spokesperson told WUSA9 that its Mobile Field Force -- a specially-trained and equipped team of troopers that can be deployed anywhere when needed -- was on alert and ready for immediate recall.

"We remain in constant contact with our local, state and federal law enforcement partners, including the FBI, regarding any potential events with a criminal nexus in Annapolis," a statement read. " If such an event is scheduled, the Maryland State Police will work in support of the Maryland Capitol Police, Annapolis Police Department, Anne Arundel County Police and other public safety agencies to ensure adequate law enforcement resources are available to address any violations of law."

Multiple police cars could be seen parked at intersections nearby with their lights going, although it was unknown if they were there to monitor for political unrest.

Annapolis Mayor Gavin Buckley spoke to WUSA9 on Tuesday and said the city would be ready to deal with any crowds.

"We have multiple command centers throughout the city that we can partner with to make sure that we have the intel and we have people ready should anything occur," he said. "We are preparing but we are obviously don’t believe things will happen the way we saw them happen on Wednesday.”

Mayor Buckley said no direct or credible threats against the State House were reported as of Tuesday evening.

Following the riots at the US Capitol last week, he said it was important for the city to be ready to handle possible armed protests.

"We thought, how could that (the Capitol riots) happen?" Buckley said. "We have to make sure that can’t happen in this city.”

According to Buckley, Maryland State Police will be the main organizers of the security plan at the State House.

Over the past few days, the mayor said the city had been working with state, county, and other local leaders to be prepared for the week ahead.

In a statement sent to WUSA9, a spokesperson for Gov. Ralph Northam said organizers were working with law enforcement to keep Richmond safe.

"We are actively monitoring these reports and have been coordinating closely with law enforcement agencies — including federal, state, Richmond, VCU, and Capitol Police — to protect the Capitol and ensure the safety of Virginians," the statement read.

Moving forward, Mayor Buckley said residents should be reassured that their leaders were working to organize effective safety plans.

"We are a well-run city. We are a safe city," he said. "We will keep our citizens safe this weekend and during the inauguration.”