VERIFY: Yes, H.R.5717 proposes taxes on gun and ammo purchases. No, it hasn’t been voted on yet. 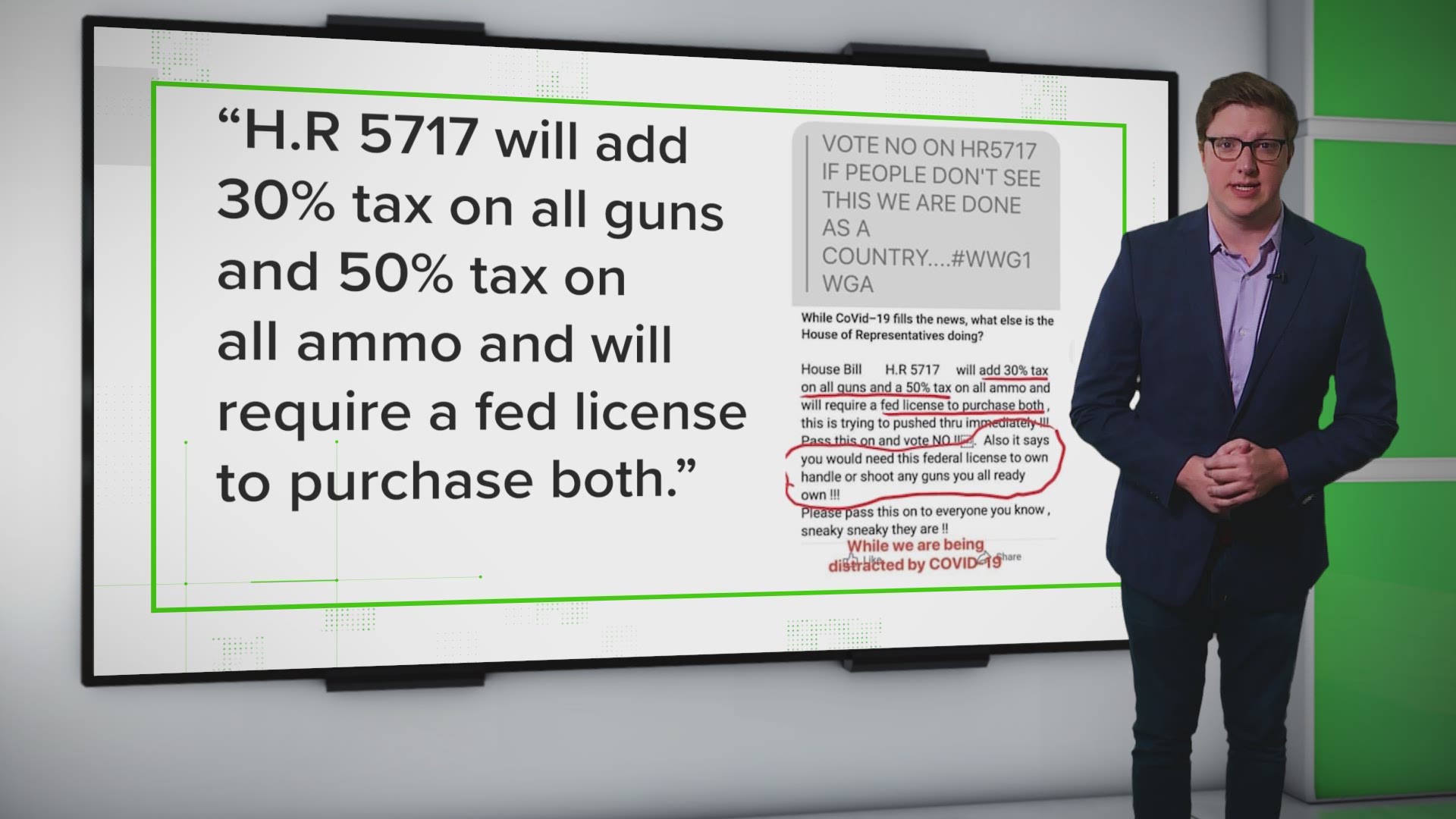 Have the media been ignoring coverage of a new bill that would tax your guns and require you to get licensed? That’s the claim at the heart of this viral post:

The first part is easily answered by pointing to dozens of articles and stories from a variety of outlets on H.R. 5717, from when it was first introduced, until today.

The other claims in the post, though, are actually more factual and take a bit more explanation.

Does HR5717 propose new taxes on guns and ammunition while also requiring licenses for all gun owners?

Yes. As it’s currently written - the bill does put a 30% tax on future firearm purchases and a 50% tax on future ammo purchases. It would also make it illegal for anyone to purchase or own a firearm without a federal or state license.

It’s important to note that right now, this bill has been introduced in the House of Representatives and referred to a subcommittee, but still has to be voted through committee, voted on by the House, Senate and President before it could become law.

HR 5717 or the “Gun Violence Prevention and Community Safety Act of 2020,” was introduced to the House of Representatives in January and then referred to a subcommittee.
At about 250 pages in, there is a section called “Imposition of tax.”

According to the bill, the money raised by those taxes would go towards gun violence research and prevention.

On page four, the bill proposes making it illegal to purchase or own a firearm without a federal or state license.

Requirements to getting one: You must be 21 years old, and complete a training class. You must pass a background check and not have any legal reasons preventing you from owning a firearm.

So, the bottom line: If HR 5717 passes, as it is currently written, it would add taxes to firearm and ammo purchases, and would require anyone who buys or owns guns, to get a license.