Trudeau: Canada is ashamed about schools for Indigenous kids

The Canadian Prime Minister's comments come one day after an Indigenous school was found with more than 600 unmarked graves was discovered. 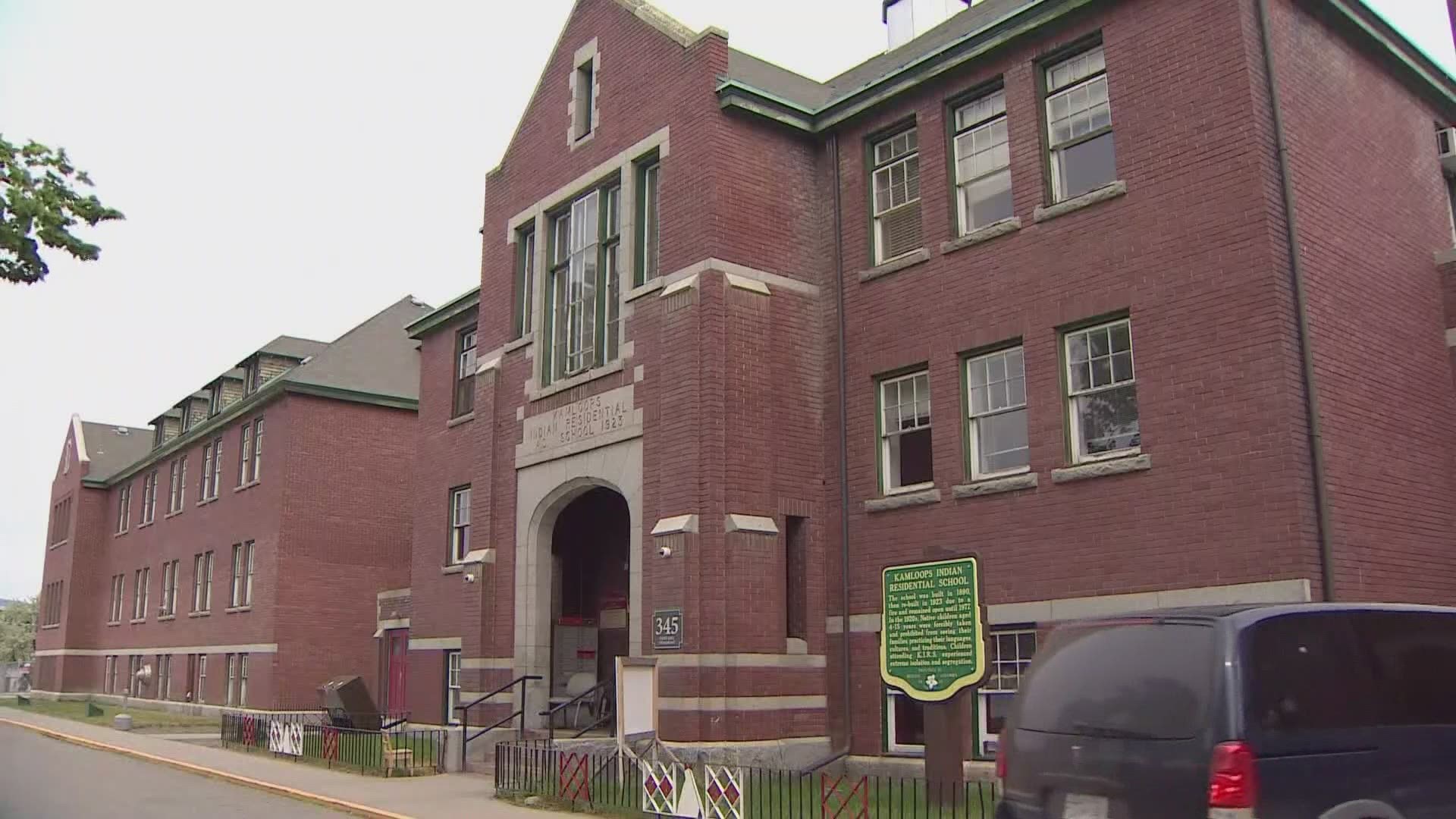 TORONTO, ON — Editors Note: The video in the player above is from a story that aired June 1, 2021.

Indigenous leaders said this week that 600 or more remains were discovered at the Marieval Indian Residential School, which operated from 1899 to 1997 in the province of Saskatchewan. Last month, some 215 remains were reported at a similar school in British Columbia.

From the 19th century until the 1970s, more than 150,000 Indigenous children were forced to attend state-funded Christian schools, most run by Roman Catholic missionary congregations, in a campaign to assimilate them into Canadian society.

The government has admitted that physical and sexual abuse was rampant in the schools, with students beaten for speaking their native languages. Thousands of children died there of disease and other causes, many never returned to their families.

“This was an incredibly harmful government policy that was Canada’s reality for many, many decades and Canadians today are horrified and ashamed of how our country behaved,” Trudeau said. “It was a policy that ripped kids from their homes, from their communities, from their culture and their language and forced assimilation upon them.”

My heart breaks for the Cowessess First Nation following the discovery of Indigenous children buried at the former...

Trudeau said many Canadians won't be able to celebrate as the country marks its birthday on July 1.

“Canadians across the country are waking up to something that quite frankly that Indigenous communities have long known,” Trudeau said.

“The trauma of the past echoes very much today.”

Indigenous leaders have called the residential schools a system of “cultural genocide.”

A search with ground-penetrating radar at the Marieval school resulted in 751 ″hits,″ indicating that at least 600 bodies were buried in the area after accounting for a margin of error in the search technique, said Chief Cadmus Delorme of the Cowessess First Nation, whose lands today include the school.

Delorme said the search continues and the numbers will be verified in coming weeks.

He said the gravesite is believed to hold both children and adults, and perhaps people from outside the community who attended church there.

Delorme said that the individual graves had once been marked, but that the church at some point removed the markers.

Last month the remains of 215 children, some as young as 3, were found buried on the site of what was once Canada’s largest Indigenous residential school near Kamloops, British Columbia.

On Friday, the MIssionary Oblates of Mary Immaculate, which operated 48 residential schools in Saskatchewan and British Columbia, including those where the bodies were recently found, said it will disclose all historical documents it has.

It said in a statement that it already has worked to make the documents available through universities, archives and a Truth and Reconciliation Commission, but that the work is not complete because of provincial and national privacy laws.

Following that discovery of the British Colombia remains, Pope Francis expressed his pain and pressed religious and political authorities to shed light on “this sad affair.” But he stopped short of a formal apology.

“I know that the Catholic leadership is very actively engaged in what next steps can be taken," Trudeau said.

Don Bolen, archbishop of Regina, Saskatchewan, posted a letter to the Cowessess First Nation on the archdiocese’s website this week in which he repeated an apology he said he made two years ago.

Nearly three-quarters of the 130 residential schools were run by Catholic missionary congregations, with others operated by the United, Presbyterian and Anglican churches, which earlier apologized for their roles in the abuse.

Former Prime Minister Stephen Harper issued a formal apology in Parliament in 2008 and Canada offered billions of dollars in compensation as part of a lawsuit settlement between the government, churches and the approximately 90,000 surviving students.

A National Truth and Reconciliation Commission issued a report in 2015 that identified about 3,200 confirmed deaths at schools, but noted the schools did not record the cause of death in almost half of them. Many died of tuberculosis, an illness symptomatic of the deplorable living conditions.

In the United States, Interior Secretary Deb Haaland announced this week that the federal government is launching an investigation into its past oversight of Native American boarding schools there. She said it will review records to identify past schools, locate burial sites and uncover the names and tribal affiliations of students.