Authorities believe the man who shot and killed a woman her grandchild inside a Publix grocery store in Florida may have known the victims. 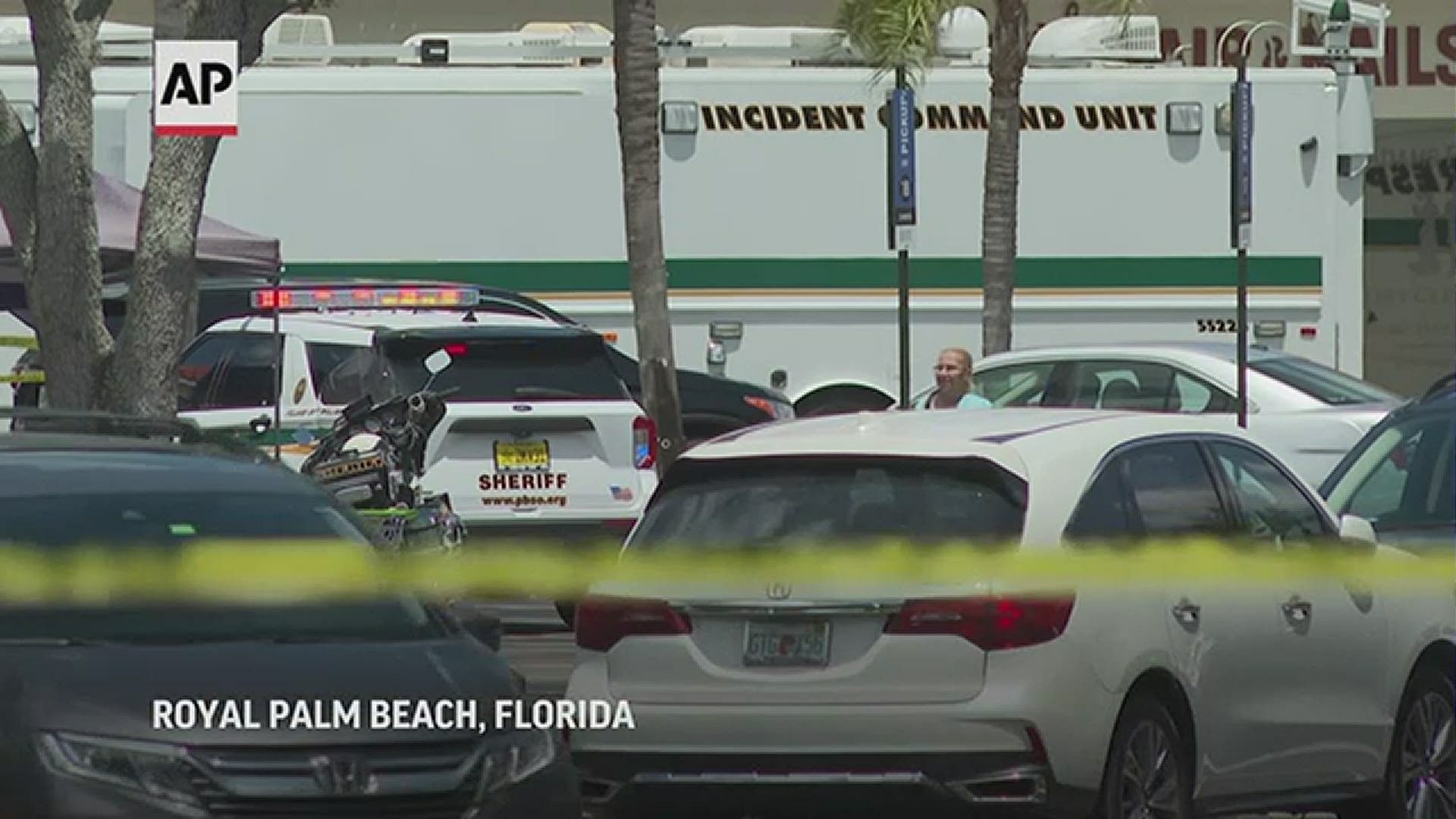 WASHINGTON — A man fatally shot a grandmother and her 1-year-old grandson inside a Florida supermarket before killing himself, authorities said, causing dozens to flee the store in panic.

The shooting happened shortly after 11:30 a.m. Thursday at a Publix located in a strip mall that also houses small shops and restaurants.

Authorities initially said the shooter and the victims may have known each other. A later update from the Palm Beach County Sheriff's Office said there was no known motive or relationship between the suspect and the victims, but detectives were still investigating.

The names of the grandmother and her grandson won't be released. Their family invoked Marsy's Law, the sheriff's office said, which allows victims of crimes to block information that could be used to locate or harass them or their families from being made public.

Juan Guardia told the Palm Beach Post he was in the deli area when the shooting happened in the produce aisle.

The family has invoked Marsy’s Law, therefore, the names of the victims: 1 yr/old boy & his grandmother will not be released. The gunman’s name will be released after his next of kin has been notified. There is NO known motive or relationship between the gunman and the victims. https://t.co/5GIXZ39r7x

“I heard, ‘They’re shooting!’ A woman Publix worker said, ‘Run! Shooting!’” Guardia said. “I was scared. It’s sad because everything happened fast. Everyone was running, some employees were crying.”

Ron Glassman, a stress management consultant, had just parked his car and was heading to another shop when about 50 customers and employees in small clusters came running out of the Publix yelling, “There's a shooter, there's a shooter. Don't go in there.”

“It was pretty chaotic. People were very shaken,” Glassman said.

Publix, in a statement, said, “Our thoughts are with those who are impacted by this tragedy.” The company added that it is cooperating with law enforcement but declined further comment. Publix is Florida's largest grocery chain and has more than 1,200 stores in the Southern United States.

The sheriff's office said the supermarket would be closed until Saturday.

Royal Palm Beach is a middle-class suburb of 40,000 residents, about 15 miles (24 kilometers) inland from Palm Beach.

Detective: No rush to judgment in Jussie Smollett case