President Trump heads to rural Maine despite concerns of unrest

The President is touring Puritan Medical Products, one of the largest manufactures in the world for cotton swabs used for COVID-19 testing. 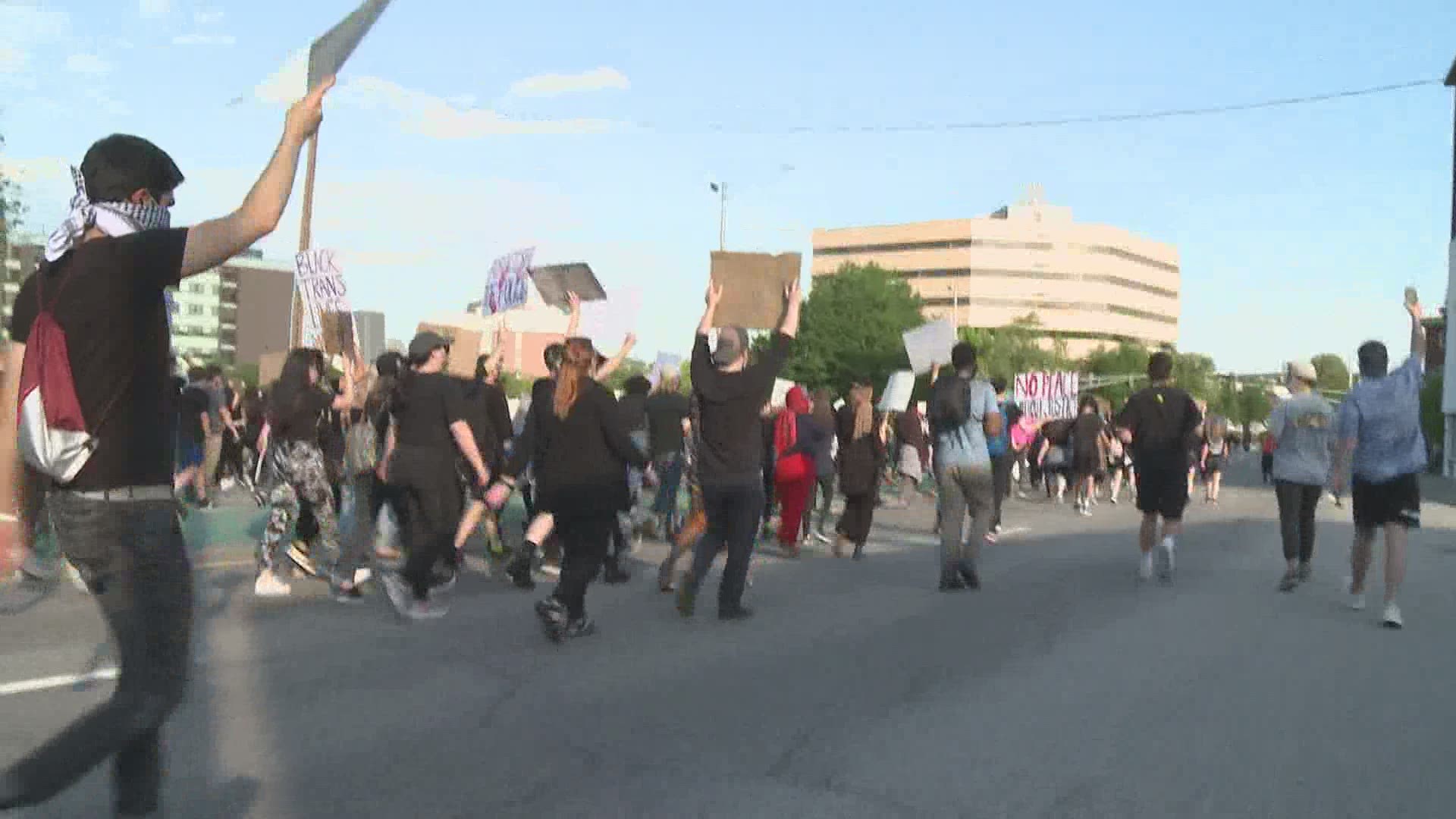 GUILFORD, Maine — President Donald Trump's first trip to Maine as president was meant to showcase the administration's work to fight the coronavirus but it attracted hundreds of supporters and opponents of Trump who turned out Friday to demonstrate amid the national upheaval over the death of George Floyd.

The state's Democratic governor urged President Trump in advance to watch his tone during the visit. And the sheriff in the state’s most rural county warned protesters on both sides to behave themselves as demonstrations continue around the country over the death of Floyd.

Trump’s was to visit Guilford, population 1,500, home to Puritan Medical Products, one of only two major companies producing a special type of swab needed to ramp up coronavirus testing.

That didn’t stop Pam Chamberlain of Brewer from coming to Guilford with a sign that said “The Bible Is Not A Prop.” She said it was important for opponents of Trump and police brutality to have a presence at the site.

RELATED: President Trump's visit to Guilford may be the biggest day in the small town's history

Supporters of Trump came with signs that said “Antifa = Scum” and “Blue Lives Matter” among others.

Down the street, Terry Upcott of Gardiner said he made the trip to show support for the president. “Our economy is hurting with the shutdown. I appreciate the support for the hardworking people of the plant,” Upcott said.

Before heading to Guilford, Trump was stopping in Bangor, where he planned to meet with members of the commercial fishing industry. A group of demonstrators pledged to be there as well.

“It’s not the right time for him to be coming to our state,” said Marie Follayttar, director of Mainers for Accountable Leadership, which is helping organize the demonstration.

Trump has drawn criticism for urging governors to “dominate” protesters and toss perpetrators of violence in prison and for his administration's move earlier this week to forcibly clear out peaceful protesters near the White House so the president could walk to a nearby church to pose for photos holding up a Bible.

At the White House on Friday, Trump called for fair treatment from law enforcement for every American regardless of race, color or creed. At the same time, he reiterated his call for a show of force to quell civil unrest to check violence.

"You have to dominate the streets,” Trump said, urging state governors to call in the National Guard.

Gov. Janet Mills this week urged the Republican president to “check the rhetoric at the door and abandon the divisive words" during his visit.

"I hope he will heed this call and appeal to the best in all people and lead us with courage and compassion through this difficult time," she said Thursday.

During a call earlier this week with governors, Mills told the president she was concerned about “security problems for our state” if Trump visited because of his harsh remarks about handling demonstrators. The president said her remarks only made him more determined to come, adding, “she just doesn't understand me very well.” Mills has said she will be working during Trump's visit.

The Trump administration is providing $75.5 million through the Defense Production Act for Puritan to double production to 40 million swabs a month, and the company plans to open a second production site by July 1. More than 350 workers in Guilford have been working long hours since the coronavirus pandemic began.

Normally, Friday's events would make for a friendly visit for Trump in a congressional district that awarded him an electoral vote in the 2016 election.

But it comes against the backdrop of demonstrations across Maine and the nation following Floyd’s death after being detained by police. Video showed a white police officer pressing his knee on the neck of Floyd, who was black, while Floyd was handcuffed on the ground and pleading that he couldn't breathe.

In Maine, the nation’s whitest state, there were four consecutive days of demonstrations. Earlier in the week, more than 1,000 people gathered in Portland, stopping traffic, setting trash cans afire and pelting police with objects. More than 30 people have been arrested.

All four members of Maine's congressional delegation, including Republican Sen. Susan Collins, have been critical of Trump's actions this week.

Piscataquis County Sheriff Robert Young said he's spoken to organizers of a planned demonstration during Trump's visit and said their "motives and intent are good."

Credit: AP
President Donald Trump speaks during a news conference in the Rose Garden of the White House, Friday, May 29, 2020, in Washington. (AP Photo/Alex Brandon)