Before moving to Florida, Sandra lived alone in a Buenos Aires zoo for 25 years. 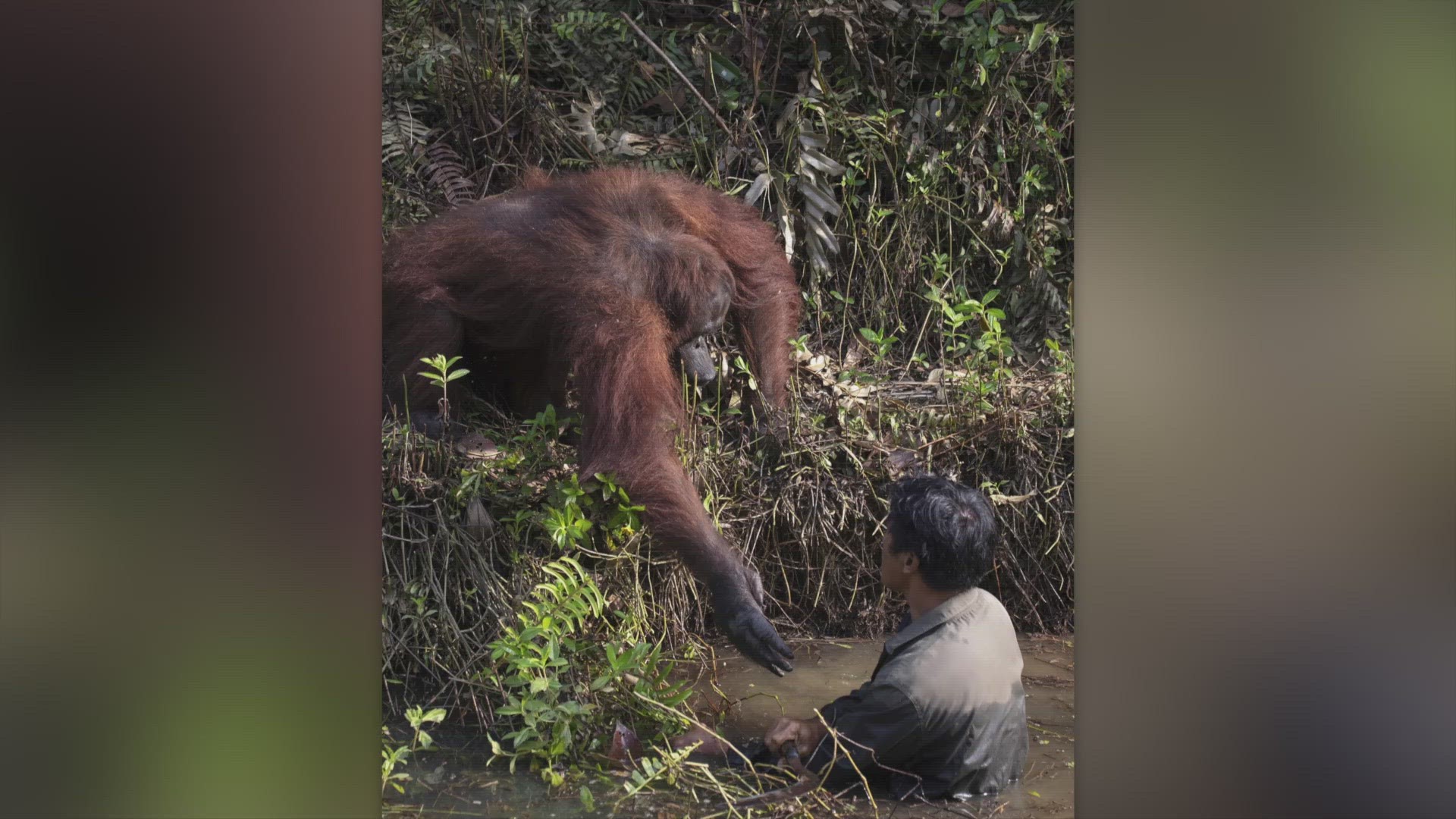 WAUCHULA, Fla. — An orangutan who was granted legal personhood by a judge in Argentina and later found a new home in Florida celebrated her 34th birthday on Valentine's Day with a special new friend.

Center for Great Apes said Sandra celebrated with lots of gifts and treats. The director of the organization said Sandra has adjusted beautifully to her life at the sanctuary and made a new friend, Jethro, a 31-year-old male orangutan.

Prior to coming to Florida, Sandra was born in Germany but had lived alone in a Buenos Aires zoo for 25 years.

The center is home to 22 orangutans and Sandra was a bit shy when she arrived. An Argentine judge's landmark ruling in 2015 declared that Sandra is legally not an animal, but a non-human person, and thus entitled to some legal rights enjoyed by people.