The parade is scheduled for June after many Pride events were disrupted last year because of the coronavirus. 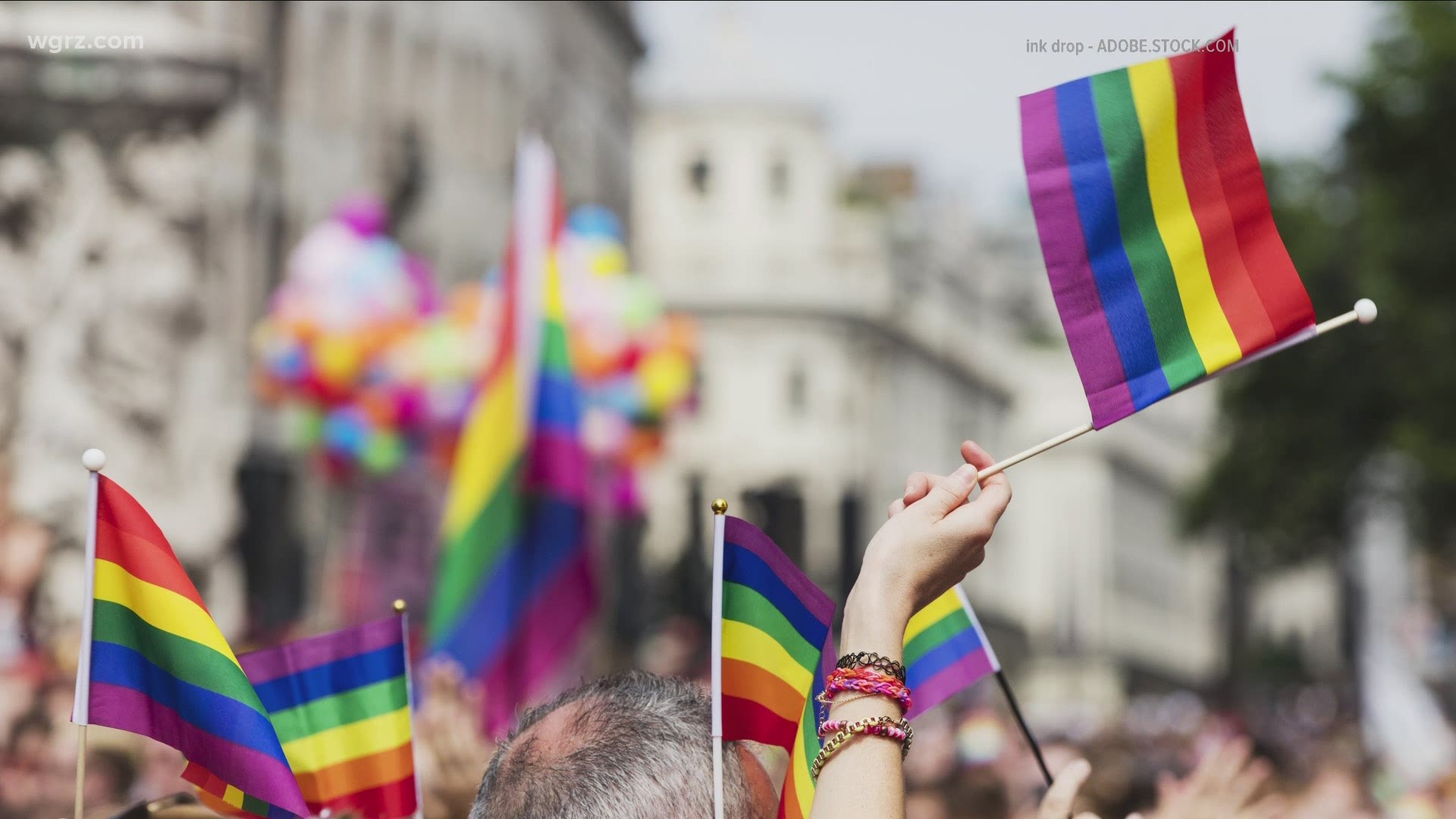 NEW YORK — Organizers of New York City’s Pride events said Saturday they are banning police and other law enforcement from marching in their huge annual parade until at least 2025 and will also seek to keep on-duty officers a block away from the celebration of LGBTQ people and history.

In their statement, NYC Pride urged members of law enforcement to “acknowledge their harm and to correct course moving forward.”

“The sense of safety that law enforcement is meant to provide can instead be threatening, and at times dangerous, to those in our community who are most often targeted with excessive force and/or without reason,” the group said.

It will also increase the event's security budget to boost the presence of community-based security and first responders while reducing the police department's presence.

Police will provide first response and security “only when absolutely necessary as mandated by city officials,” the group said, adding it hoped to keep police officers at least one city block away from event perimeter areas where possible.

Word of the ban came out Friday when the Gay Officers Action League said in a release it was disheartened by the decision.

The group called the ban an “abrupt about-face” and said the decision “to placate some of the activists in our community is shameful.”

The parade is scheduled for June after the coronavirus prevented many Pride events worldwide last year, including in New York which instead hosted virtual performances in front of masked participants and honored front-line workers in the pandemic crisis.

The disruptions frustrated activists who had hoped to collectively mark the 50th anniversary of the first Gay Pride parades and marches in Chicago, Los Angeles, New York and San Francisco in 1970.

Those marches came a year after the 1969 uprising outside Manhattan's Stonewall Inn, a gay bar, in response to a police raid. The uprising is largely credited with fueling the modern LGBTQ rights movement.

Pride season occurs this year amid activism inspired by the response to racial injustice and police brutality in the wake of George Floyd’s death last year at the hands of police in Minneapolis.

Pride NYC's announcement Saturday follows a division among organizers in recent years in planning for celebrations of LGBTQ pride in New York City.

In 2019, there were two marches in Manhattan after some in the community concluded that the annual parade had become too commercialized. The Queer Liberation March aimed for a protest vibe, saying the main Pride march was too heavily policed by the same department that raided Stonewall a half century earlier.

The New York Police Department commissioner apologized for the raid during a briefing in 2019, calling it "wrong, plain and simple.”

Detective Sophia Mason, a spokesperson for the New York Police Department, said on Saturday the department's “annual work to ensure a safe, enjoyable Pride season has been increasingly embraced by its participants.”

She added: "The idea of officers being excluded is disheartening and runs counter to our shared values of inclusion and tolerance. That said, we’ll still be there to ensure traffic safety and good order during this huge, complex event.”