When his train tour brought him to Mister Rogers' old neighborhood, Joe Biden made a special call to Fred Rogers' widow, Joanne. 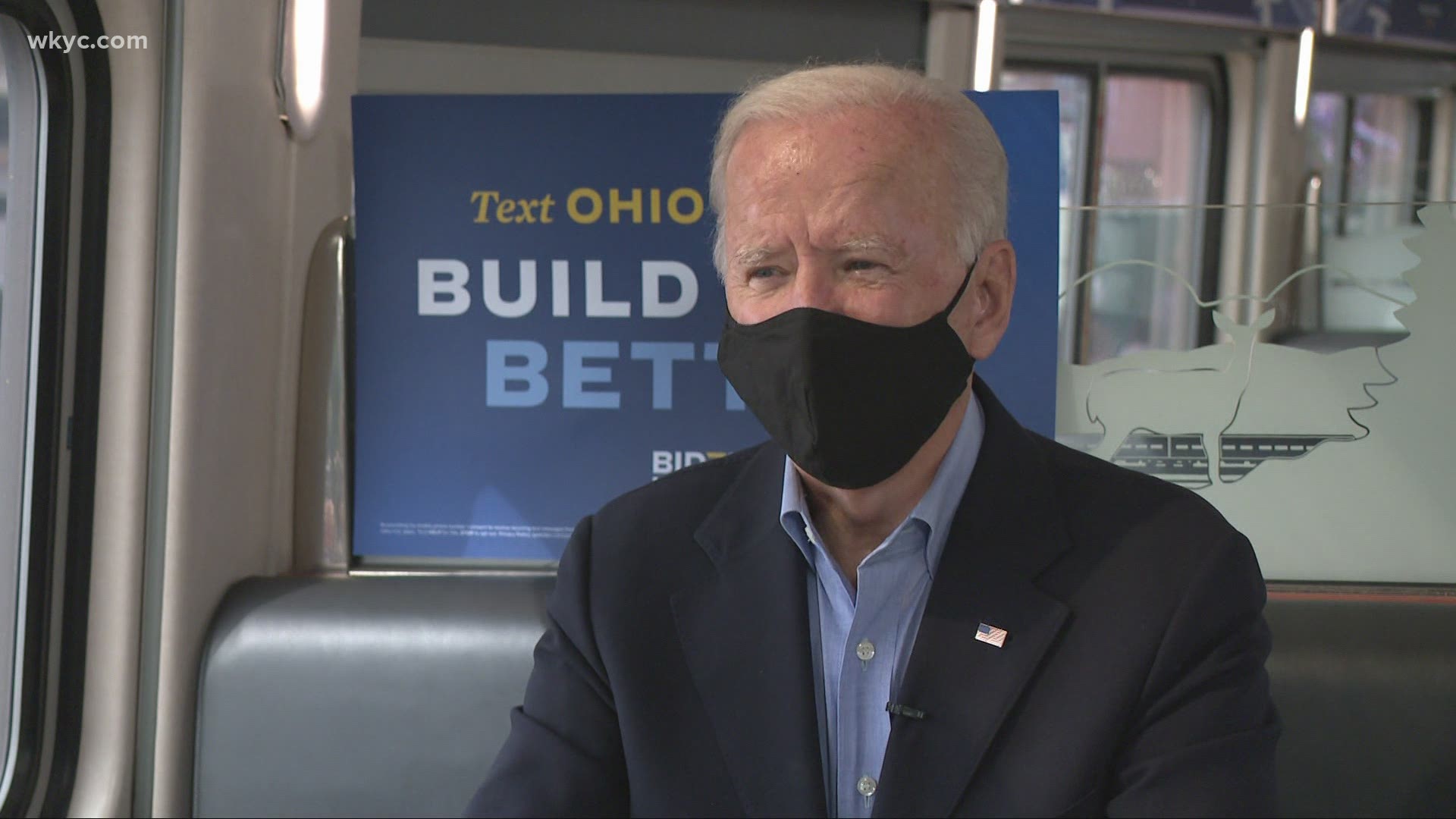 Biden and his wife, Jill, traveled through Ohio and Pennsylvania as part of a eight-stop train tour. The event was a throwback to Biden's days as a senator when he commuted most days via Amtrak from his family's home in Delaware to Capitol Hill.

During a stop at Amtrak's station in Latrobe, Pa., Biden chatted virtually with Rogers. Dana Dokmanovich, wife of Pittsburgh Steelers great and NFL Hall of Famer Franco Harris, held up a tablet for Biden so he could talk to Rogers.

Earlier this month, Joanne Rogers told the Daily Beast that she was a "very big Biden fan."

In the same interview, Rogers explained that her husband, who was the star of Mister Rogers' Neighborhood for 31 seasons, always avoided talking about political candidates and political parties because his show was for children.

But Joanne Rogers added that she doesn't need to hold back because she's "alone now" and she doesn't host a children's program. She bluntly told the outlet that she thought President Donald Trump was "just a horrible person."

As for Trump's opponent, Rogers said Biden strikes her as someone who is honest and kind.

RELATED: Won't you be my relative?: Genealogists find Tom Hanks and Mister Rogers are related

RELATED: Mr. Rogers was a friend to everyone. But to one sick little girl, he was a life saver