Jill Biden gets medical procedure on foot after Hawaii visit 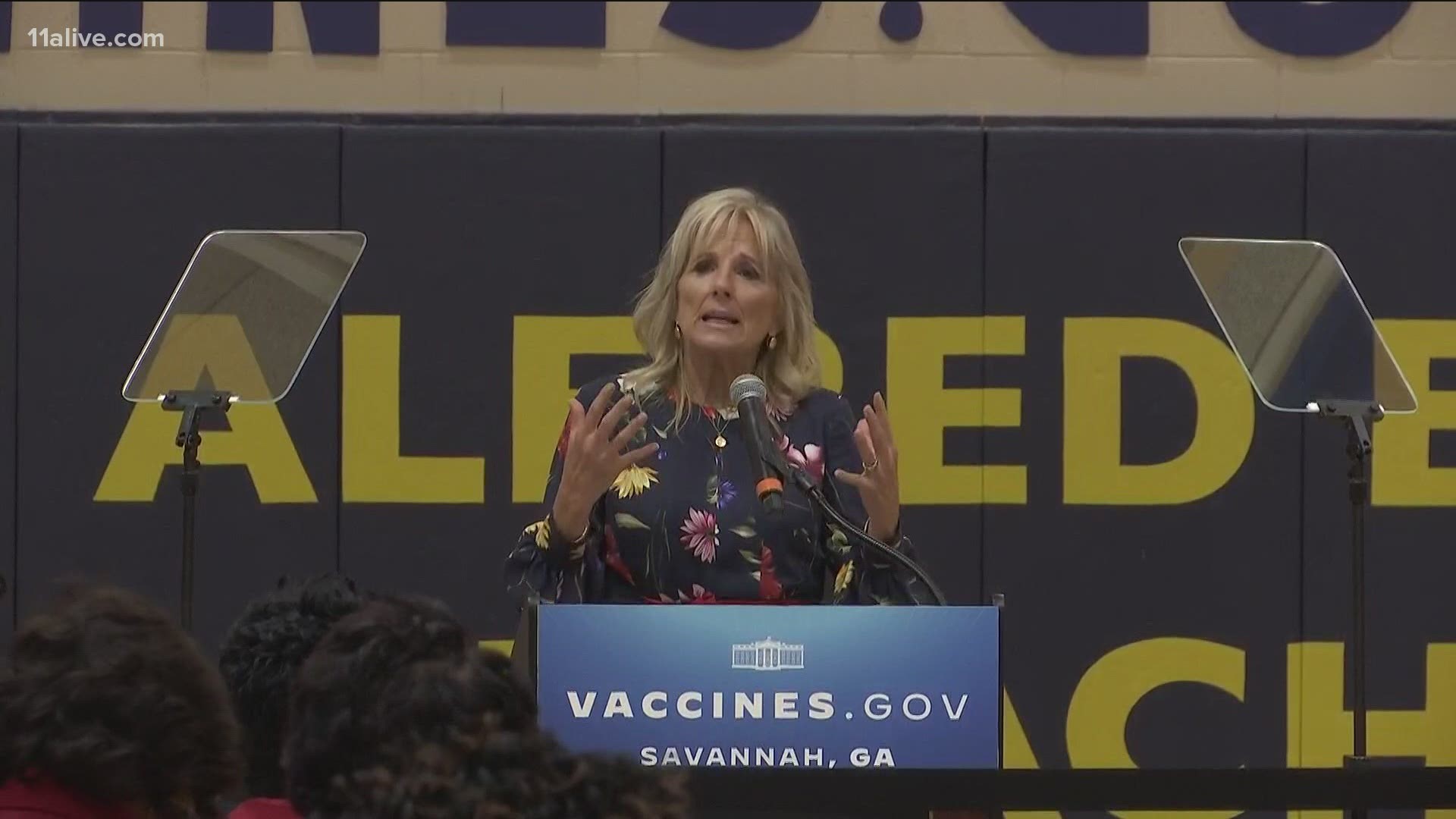 WASHINGTON — Editor's Note: The video above is from July 9.

First lady Jill Biden is undergoing a medical procedure on Thursday to remove an object that became lodged in her foot while walking on a Hawaiian beach, her spokesperson said.

President Joe Biden is joining her at Walter Reed National Military Medical Center in Bethesda, Maryland, for the removal.

The incident occurred last weekend before her two official events in Hawaii, where she went after attending the start of the Olympics in Tokyo, spokesperson Michael LaRosa said.

During her time in Hawaii, she visited a pop-up COVID-19 vaccination clinic in Waipahu on Sunday and later joined military families for a barbecue at Joint Base Pearl Harbor-Hickam.