Plans call for China's Mars rover to explore an icy area of the planet known as Utopia Planitia. 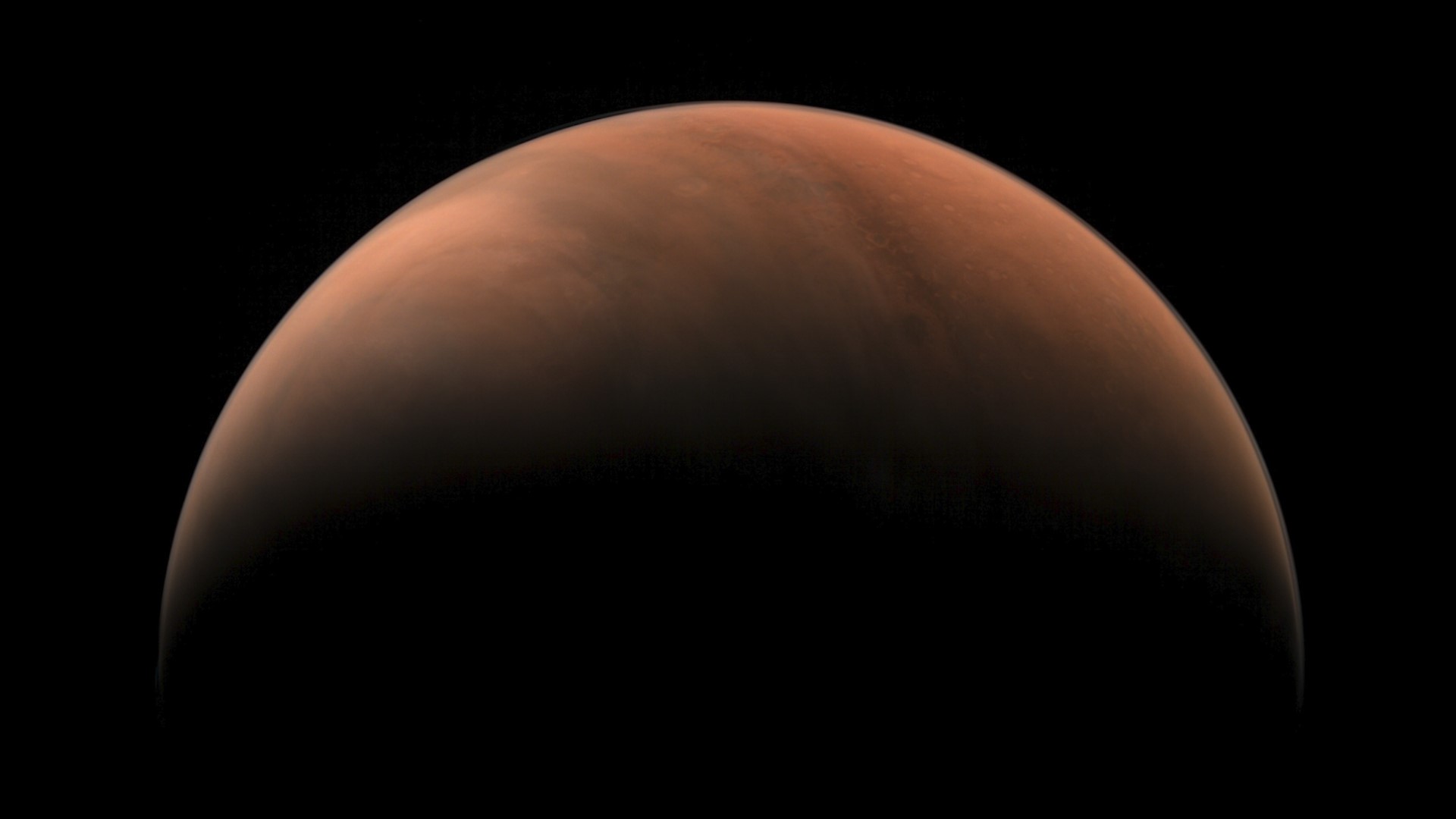 BEIJING, China — China landed a spacecraft on Mars for the first time on Saturday, a technically challenging feat more difficult than a moon landing, in the latest step forward for its ambitious goals in space.

Plans call for a rover to stay in the lander for a few days of diagnostic tests before rolling down a ramp to explore an area of Mars known as Utopia Planitia. It will join an American rover that arrived at the red planet in February.

China’s first Mars landing follows its launch last month of the main section of what will be a permanent space station and a mission that brought back rocks from the moon late last year.

“China has left a footprint on Mars for the first time, an important step for our country’s space exploration,” the official Xinhua News Agency said in announcing the landing on one of its social media accounts.

The U.S. has had nine successful landings on Mars since 1976. The Soviet Union landed on the planet in 1971, but the mission failed after the craft stopped transmitting information soon after touchdown.

A rover and a tiny helicopter from the American landing in February are currently exploring Mars. NASA expects the rover to collect its first sample in July for return to Earth in a decade.

China has landed on the moon before but landing on Mars is a much more difficult undertaking. Spacecraft use shields for protection from the searing heat of entering the Martian atmosphere, and use both retro-rockets and parachutes to slow down enough to prevent a crash landing. The parachutes and rockets must be deployed at precise times to land at the designated spot. Only mini-retro rockets are required for a moon landing, and parachutes alone are sufficient for returning to Earth.

Xinhua said the entry capsule entered the Mars atmosphere at an altitude of 125 kilometers (80 miles), initiating what it called “the riskiest phase of the whole mission."

A 200 square meter (2,150 square foot) parachute was deployed and later jettisoned, and then a retro-rocket was fired to slow the speed of the craft to almost zero, Xinhua said. The craft hovered about 100 meters (330 feet) above the surface to identify obstacles before touching down on four buffer legs.

“Each step had only one chance, and the actions were closely linked. If there had been any flaw, the landing would have failed,” said Geng Yan, an official at the China National Space Administration, according to Xinhua.

Touchdown was at 7:18 a.m. Beijing time (23:18 Friday GMT; 7:18 p.m. EDT), although more than an hour passed before ground controllers could confirm the landing was a success, Xinhua said. The rover had to open its solar panels and antenna, and then it took more than 17 minutes for its signals to traverse the distance between Mars and Earth.

Chinese President Xi Jinping, in a congratulatory letter to the mission team, called the landing “an important step in our country’s interplanetary exploration journey, realizing the leap from Earth-moon to the planetary system and leaving the mark of the Chinese on Mars for the first time. ... The motherland and people will always remember your outstanding feats!"

NASA Associate Administrator Thomas Zurbuchen tweeted his congratulations, saying, “Together with the global science community, I look forward to the important contributions this mission will make to humanity’s understanding of the Red Planet.”

China's Mars landing was the top trending topic on Weibo, a leading social media platform, as people expressed both excitement and pride.

The Tianwen-1 spacecraft has been orbiting Mars since February, when it arrived after a 6 1/2-month journey from Earth. Xinhua described the mission as China's first planetary exploration.

The rover, named after the Chinese god of fire Zhurong, is expected to be deployed for 90 days to search for evidence of life. About the size of a small car, it has ground-penetrating radar, a laser, and sensors to gauge the atmosphere and magnetic sphere.

China's space program has proceeded in a more cautious manner than the U.S. and the Soviet Union during the height of their space race.

The launch of the main module for China's space station in April is the first of 11 planned missions to build and provision the station and send up a three-person crew by the end of next year. While the module was successfully launched, the uncontrolled return to Earth of the rocket drew international criticism including from NASA Administrator Bill Nelson.

China has said it wants to land people on the moon and possibly build a scientific base there. No timeline has been released for these projects. A space plane is also reportedly under development.