Keedron Bryant got the world's attention with his powerful video singing the song 'I Just Wanna Live,' which was written by his mother. 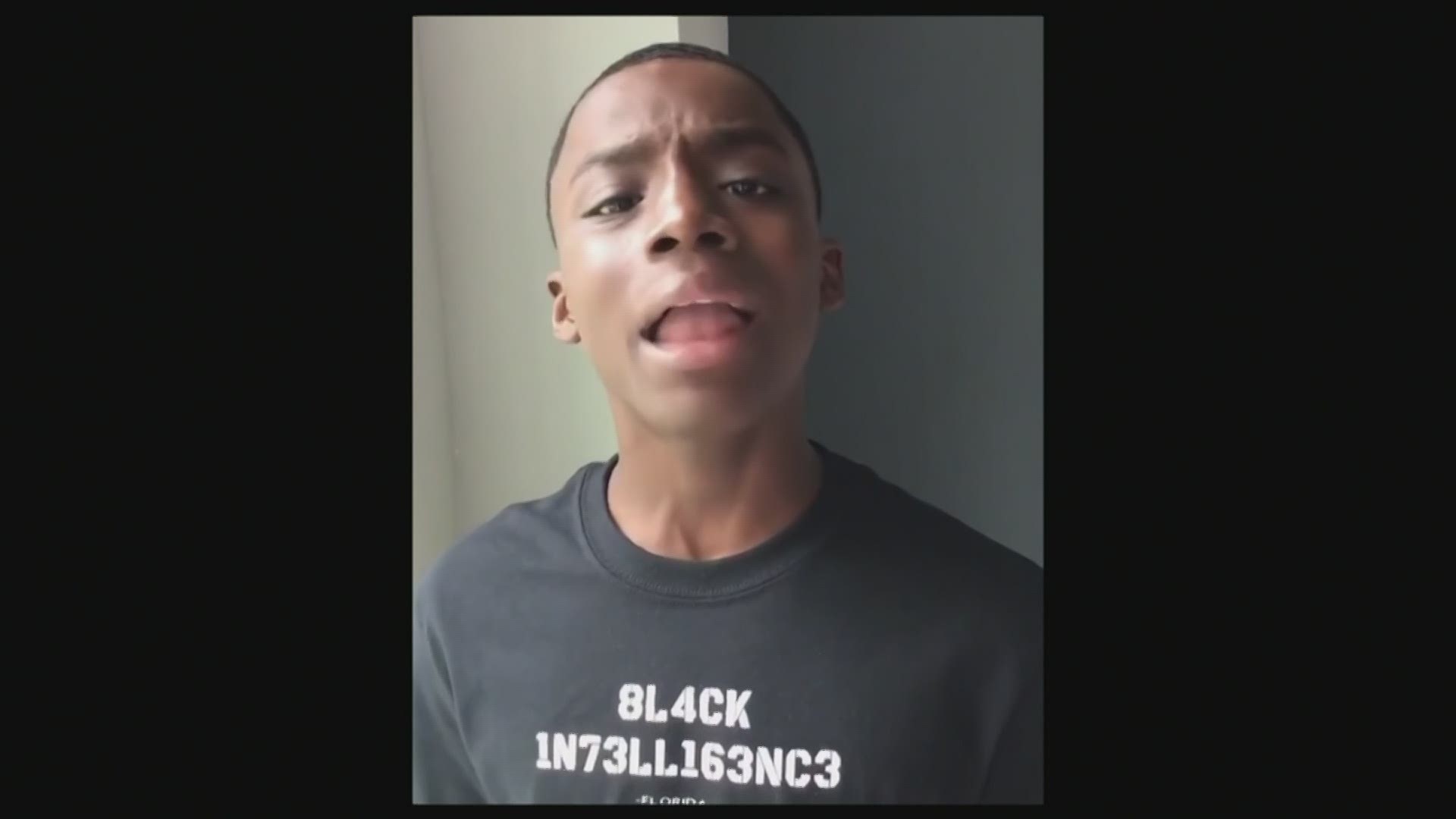 NEW YORK — Keedron Bryant, the 12-year-old who turned heads on social media with his passionate performance about being a young Black man in today’s world, has signed a deal with Warner Records and his poignant song will officially be released Friday.

Keedron Bryant’s powerful video, posted on May 26, features the lyrics “I’m a young Black man doing all that I can” from the song “I Just Wanna Live,” written by his mother. Friday’s release of the track coincides with Juneteenth, the holiday to commemorate the emancipation of slaves in the U.S.

“It’s very exciting because this is what God’s called me to do,” Keedron Bryant said in an interview with The Associated Press this week, adding that “it’s just been an exciting experience to work with my mom.”

Johnnetta Bryant, 38, said watching the video of George Floyd dying as a police officer pressed a knee on his neck “really hit my heart just so deeply because I am a mom to a Black son. I have a Black husband. I have Black brothers, uncles, cousins, friends.”

So she said a prayer and asked God to send her a sign.

“I needed his wisdom. I went into prayer. He gave me those words so clearly,” Johnnetta Bryant said of writing the “I Just Wanna Live” lyrics. “I shared it with Keedron ... and I told him, ‘...I want you to take these words and I want you to pray over them. Meditate on them. Whenever you’re done with them, come out and we’ll record it.’ He did just that.”

RELATED: Garth Brooks to host concert event at 300 drive-in theaters across US

Like most of the world, music producer Dem Jointz saw the video of Keedron Bryant singing a cappella, saying “it hit me in the gut.”

“It just moved me to create music around his vocal,” said Dem Jointz, who produced music for the song and then contacted the family to share his version with them. “It was so much energy coming from the video alone, it was just easy for me to produce around that.”

Dem Jointz’s re-working of the song caught the attention of the head of urban marketing at Warner Records: “I was already moved by the record but hearing the vocals over the production, it just hit me in another way,” Chris Atlas said.

“I was like, ‘Wow this is an amazing song.’ We should be a part of making sure the world hears this on a larger capacity but then also donate proceeds from the song to the right cause,” the senior vice president added. “That’s actually giving back and using music as a healing mechanism, which I truly believe it is.”

Warner Records is donating 100% of the net profits of “I Just Wanna Live” to the NAACP and for every stream of the song on Amazon Music, the company will donate $1 to the NAACP for the first 24 hours the song is out, giving up to $50,000.

Born in Sicily, Italy, to minister parents, Keedron Bryant began singing when he was 5. He gained fame earlier this year when he appeared on the NBC variety series “Little Big Shots.”

“I actually just finished five songs,” she said. “I never would have considered myself to be a songwriter, but I do know that God speaks to me. What he gives me is necessary and in season. He’s doing a new thing in me. I’m humbly so grateful for it.”

“She has an untapped talent,” said Dem Jointz, who has produced for Christina Aguilera, Rihanna, Dr. Dre, Anderson .Paak and K-pop group NCT 127. “She was anointed by God and it came from her heart.”

Keedron Bryant, who turns 13 on July 3, said he’s excited to record more songs and work with Warner on music. He said though “I Just Wanna Live” came from a dark place, he’s looking forward to society changing for the better.

“It’s unfair that Black people can’t go out and enjoy life and live without having fear that something’s going to happen to them, so it was kind of sad to sing those lyrics,” Keedron Bryant said. “But (there’s) still hope in the world that we can change the world.”