President-elect Joe Biden has defeated President Donald Trump with 306 electoral votes to 232. That's according to the Associated Press, which called Georgia and its 16 electoral votes for Biden on Thursday.

That electoral margin is the same as 2016 when Trump was on the winning end over Democratic nominee Hillary Clinton by that exact total -- something Trump deemed a "landslide." But that wasn't the final record in the history books.

Seven so-called "faithless electors" decided to cast their electoral ballots for someone other than Trump or Clinton. The final, official tally was 304-227 for Trump.

Five of these electors peeled away from Clinton, even though it was clear Trump had defeated her. Two electors defected from Trump.

Four of the Clinton "faithless" were from Washington state. Three voted for retired Gen. Colin Powell and one voted for Native American activist Faith Spotted Eagle.

Two of the Powell voters were hoping to force the election to be decided by the House of Representatives to convince Republicans to pick someone other than Trump, according to reporting from the Associated Press then. But there would have needed to be 37 electors nationwide pulled away from Trump, putting him below 270 electoral votes, for the House to get involved. Plus, the effort in Washington only hurt Clinton's vote count.

David Mulinix of Hawaii said he cast his electoral ballot for Sen. Bernie Sanders instead of Clinton. Mulinix said he felt Clinton was not qualified to be president. But he said if his vote had been the deciding one, he would have cast it for Clinton.

The two Trump defectors were in Texas. One voted for former Ohio Gov. John Kasich and the other for former U.S. Rep. Ron Paul. It's not clear if they were also hoping to force a vote in the House.

The U.S. Supreme Court ruled unanimously in June to uphold states' rights to remove or punish "faithless electors." Election law experts said allowing electors to choose someone other than who their state voted for could lead to bribery or intimidation tactics, NPR reported.

Making sure electors vote based on their state's popular vote is key because, in an extremely close race, one or two "faithless electors" could reverse the election outcome. The wider the margin of victory, the less likely that is to happen.

As of Thursday night, Biden was approaching a record 80 million total votes nationwide. He had received 51% of the popular vote and led Trump by more than 6 million votes.

Trump is continuing his legal challenges to the election result and has not cooperated in Biden's transition efforts. 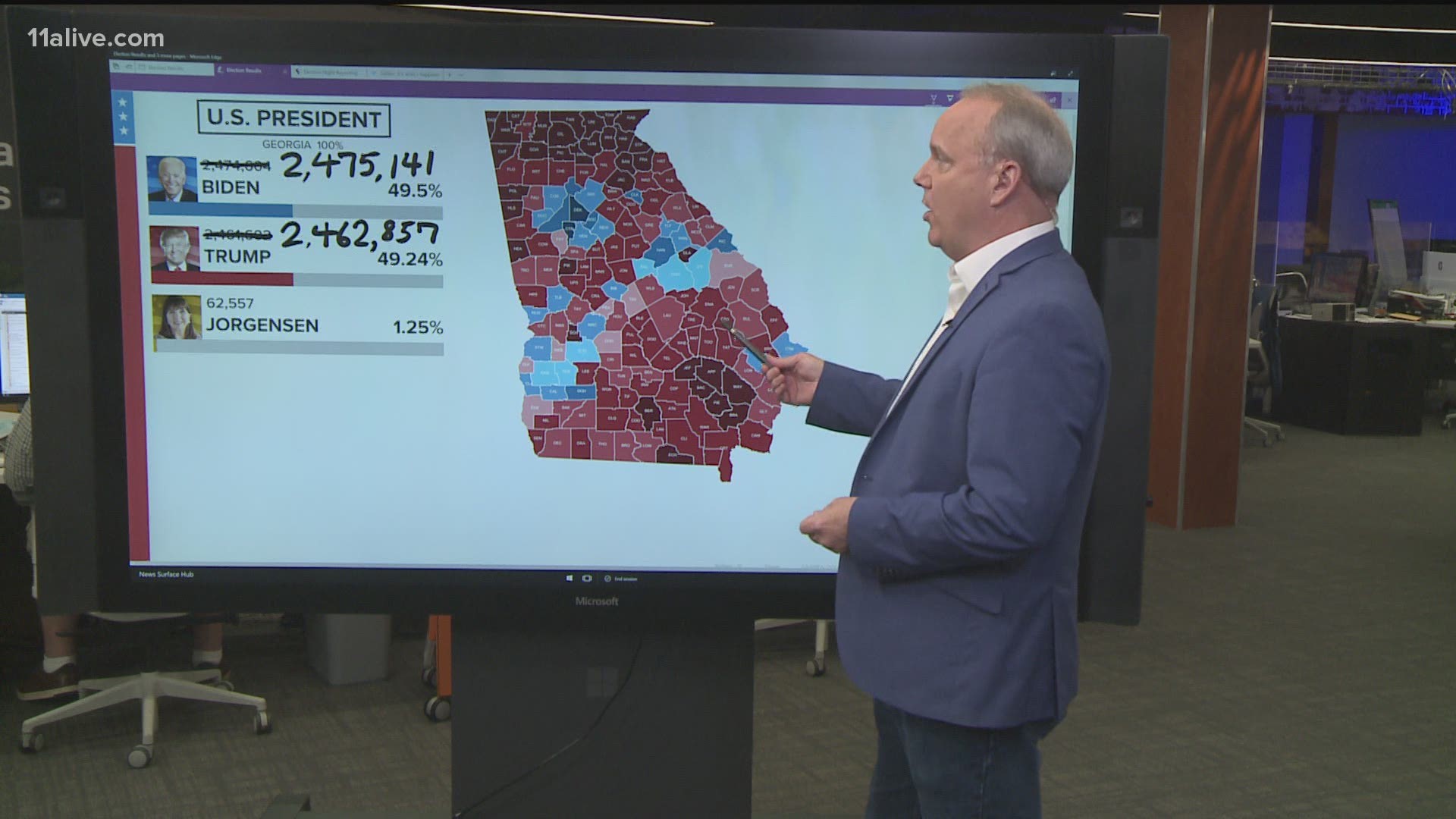