3 men rescued from Pacific island after writing SOS in sand

The men had been missing for nearly three days when their distress signal was spotted on the uninhabited Pikelot Island. 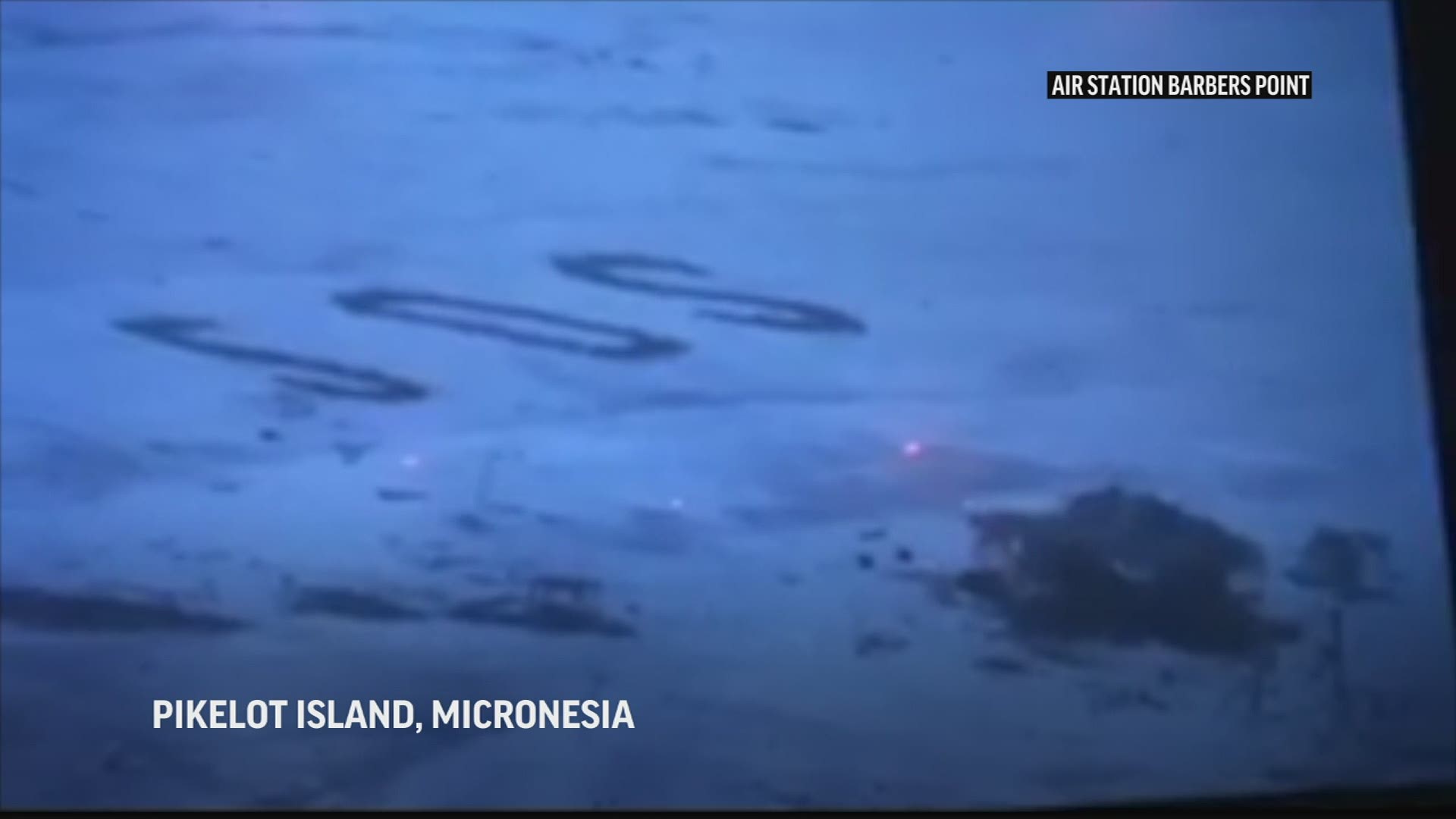 WELLINGTON, New Zealand — Three men have been rescued from a tiny Pacific island after writing a giant SOS sign in the sand that was spotted from above, authorities say.

The men had been missing in the Micronesia archipelago for nearly three days when their distress signal was spotted Sunday on uninhabited Pikelot Island by searchers on Australian and U.S. aircraft, the Australian defense department said Monday.

The men had apparently set out from Pulawat atoll in a 7-meter (23-foot) boat on July 30 and had intended to travel about 43 kilometers (27 miles) to Pulap atoll when they sailed off course and ran out of fuel, the department said.

Searchers in Guam asked for Australian help. The military ship, Canberra, which was returning to Australia from exercises in Hawaii, diverted to the area and joined forces with U.S. searchers from Guam.

The men were found about 190 kilometers (118 miles) from where they had set out.

“I am proud of the response and professionalism of all on board as we fulfill our obligation to contribute to the safety of life at sea wherever we are in the world," said the Canberra’s commanding officer, Capt. Terry Morrison, in a statement.

The men were found in good condition, and an Australian military helicopter was able to land on the beach and give them food and water. A Micronesian patrol vessel was due to pick them up.

SOS is an internationally recognized distress signal that originates from Morse code.

Credit: AP
In this photo provided by the Australian Defence Force, three men stand the beach on Pikelot Island in the Federated States of Micronesia Sunday, Aug. 2, 2020, where they are found safe and healthy after missing for three days. The men were missing in the Micronesia archipelago east of the Philippines for nearly three days when their "SOS" sign was spotted by searchers on Australian and U.S. aircraft, the Australian defense department said. (Australian Defence Force via AP)