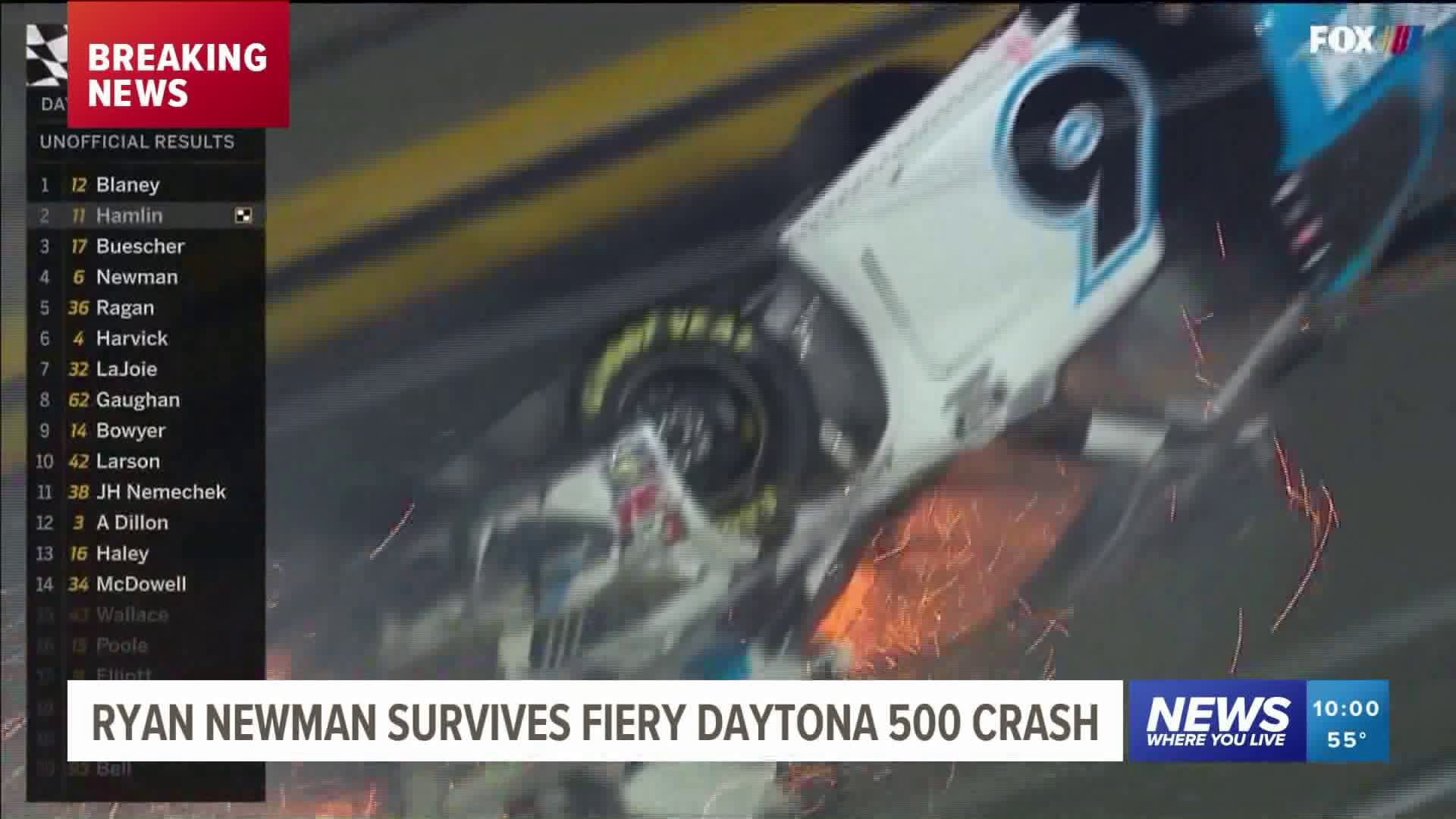 "Ryan Newman is being treated at Halifax Medical Center," NASCAR said in a statement on Twitter. "He is in serious condition, but doctors have indicated his injuries are not life threatening."

The 42-year-old racer is in his 19th full season in the NASCAR Cup series, according to his profile on the association's website. He was the 2008 winner of the Daytona 500 and holds 18 Cup Series wins, according to the website.

Following Thursday's Twin Duel Races, in which Newman finished third in his Koch Industries Ford, he said in a statement "the big one is on Sunday."

Monday's race at Daytona International Speedway in Florida was postponed from Sunday because of inclement weather.

"We had great execution by everybody at Ford to have a good, strong finish here," Newman said in his statement after Thursday's race. "I think we had the top four cars and it's something to look forward to for the 500."

In a statement after Monday's crash, Ford tweeted, "Our thoughts are with @RyanJNewman and his family. We hope to hear good news soon. #NewmanStrong."

This was the 62nd running of the race.

The crash comes almost 19 years to the day since seven-time NASCAR Winston Cup champion Dale Earnhardt Sr. suffered a fatal crash on the final lap of the race, on February 18, 2001.

In an interview with reporters after Monday's race, Hamlin called the accident the "worst-case scenario" in a race.

"We're praying for the best. Ryan's ... a tough guy. We're hoping that he comes out of this good."

Last week, Newman tweeted he would be separating from his wife, Krissie, after 16 years of marriage.

"We will continue to jointly raise our girls, while remaining friends and continuing to work together supporting Rescue Ranch," he wrote, mentioning his animal welfare non-profit. "Thank you for the years of support and friendship. We ask that (our) daughters' privacy be respected at this time."