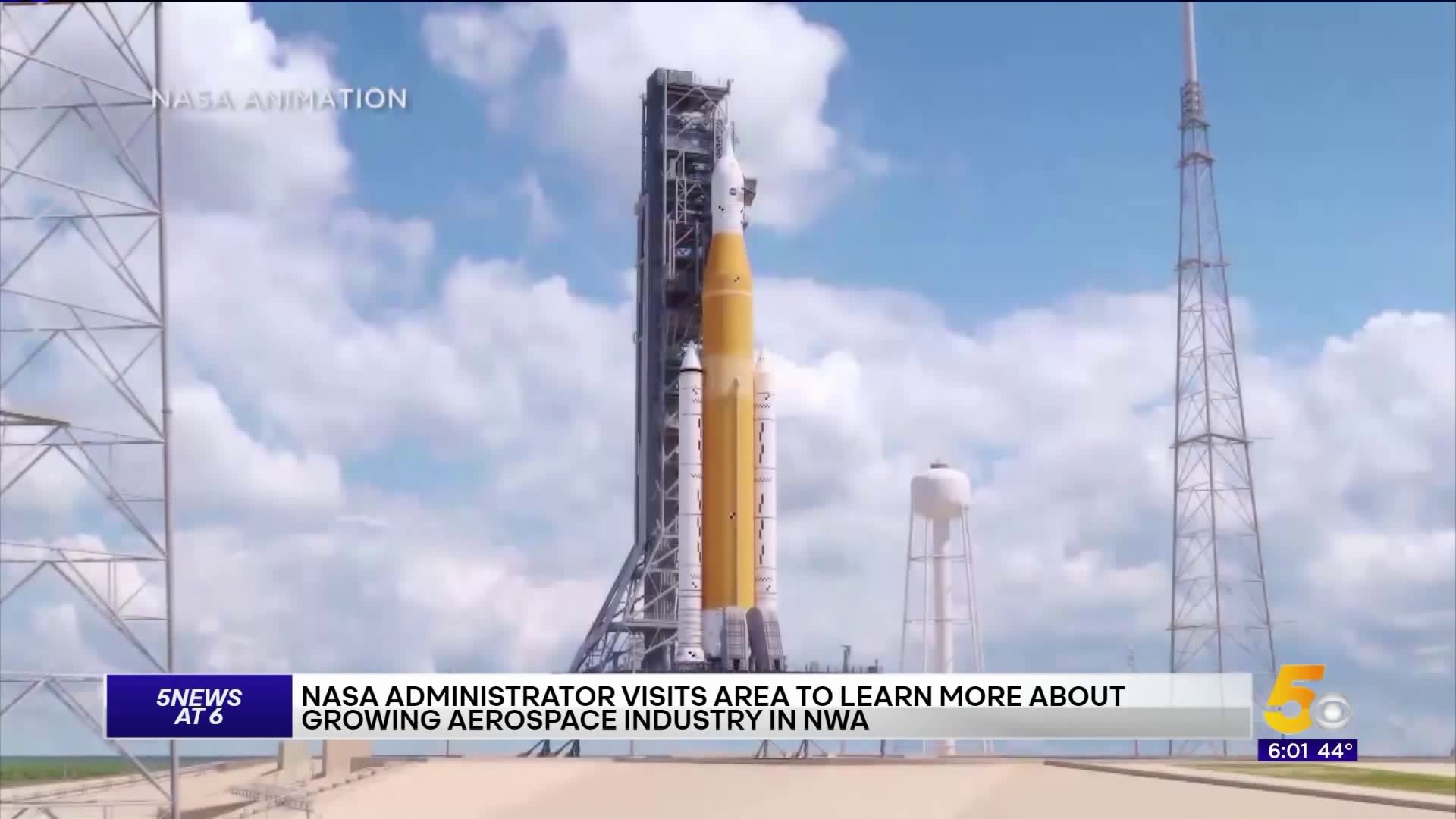 BENTONVILLE, Ark. (KFSM) — Northwest Arkansas has a growing aerospace industry and Friday (Nov. 8) Congressman Steve Womack welcomed a NASA administrator to see it with his own eyes.

Students from local middle and high schools got the chance to host a panel discussion with NASA Administrator Jim Bridenstine.

Bentonville High School student Benjamin Neal hopes to use his passion for psychology to work for NASA one day.

“I talked to the administrator and being alone in space is very scary and it’s very isolated. So, during a lot of experiments in the psychology field would be a great work for NASA," Neal said.

Congressman Womack says Northwest Arkansas is grooming the next generation of aerospace researchers, engineers and scientists and it starts with strong STEM programs in the school.

“If we’re going to be the world leader then is matters like that next frontier particularly as it relates to Mars, then America needs to lead in that enterprise as well," Womack said.

NASA is funding projects at the University of Arkansas like the development of an electric aircraft.

“NASA has a unique ability to reach into the hearts and the minds of young people and inspire that next generation. It was really I think a good opportunity to connect with the young folks here at Bentonville High School," Bridenstine said.

Bridenstine says NASA is focused on going back to the moon and the ultimate goal to reach Mars. He says the biggest challenge isn’t technical, it’s political.

“I know here in Arkansas we got members of Congress and senators that are working hard every day that we get a budget and that’s really what we’re working on," Bridenstine said.

That begins with talking to kids with stars in their eyes and hope for the future.

Bridenstine says by under the Artemis program we will return to the moon by 2024 with a very diverse highly qualified astronaut core that includes women.

The goal is to establish a lasting human presence and eventually, continue that mission to Mars.