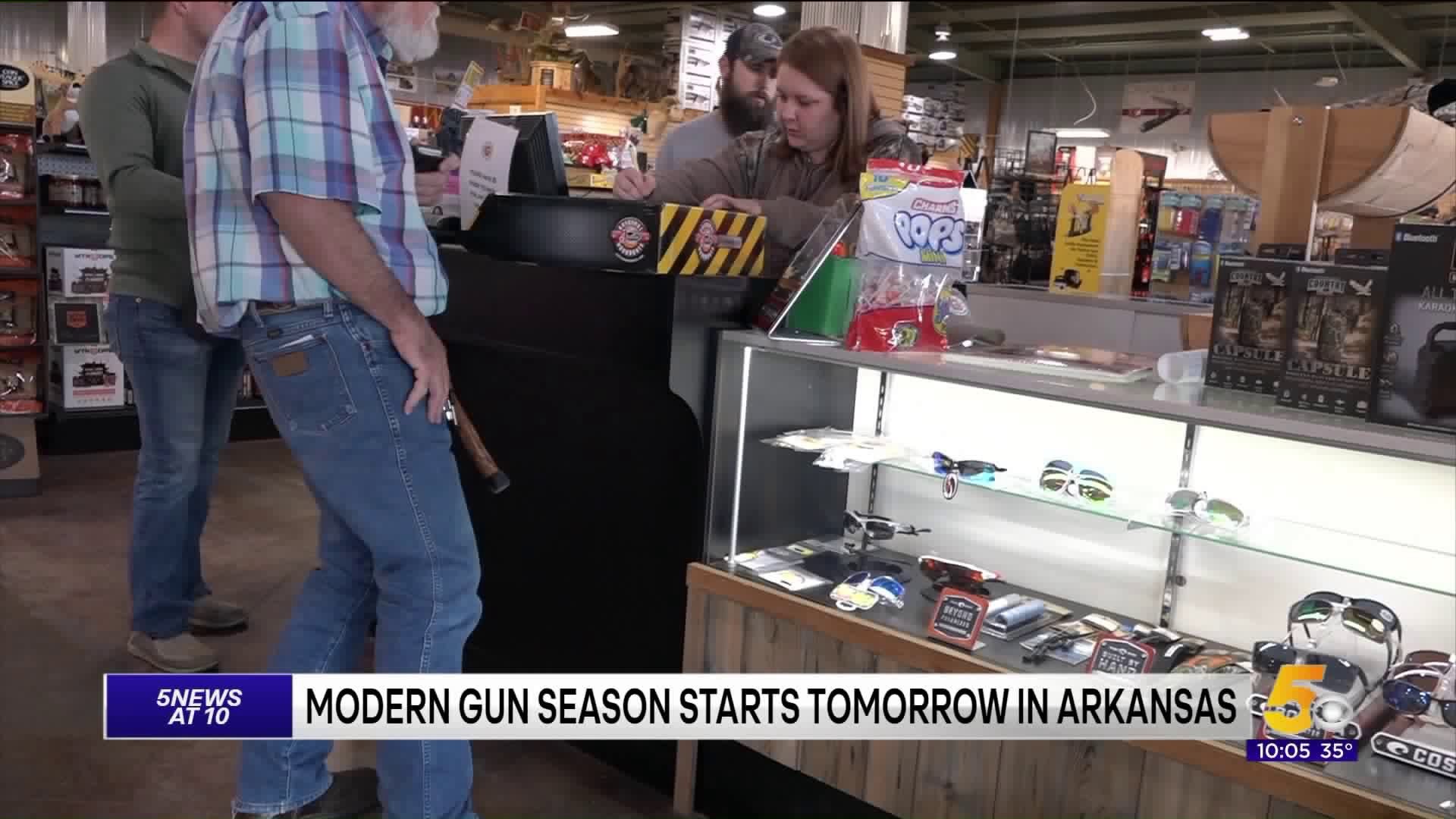 Waking up early, putting on jackets and warm gear, and not forgetting those orange hats is an annual tradition that brings people together.

"It's a family thing too. Most families take off for rifle season to be together and enjoy the season," said Gellco Outdoors Manager Travis Mintz.

This season, hunters in Northwest Arkansas need to be aware of chronic wasting disease.

"It is difficult to manage for. It's not something, as hunters, we should be scared about. We should be concerned a little bit about it because of the difficulty to manage it," said Ralph Meeker, Statewide Deer Programming Coordinator for Arkansas Game and Fish Commission (AGFC).

Chronic wasting disease, or CWD, is a neurological disease that is deadly to deer. It is in the family of mad-cow disease, and some jokingly call it "zombie deer."

AGFC wants people to know they should not transport harvested deer outside of counties marked tier one (red) and tier two (yellow).

Meeker and the AGFC encourage those inside tiers one and two to take their deer to the nearest testing facilities. There are over 130 different locations and several drop off facilities for those who want their deer tested.

Because the disease is not a concern to the health of hunters, Meeker wants everyone to focus on this fun weekend.

"Just be careful. We want folks to have a good time."