POTEAU, Okla. (KFSM) — One man has been arrested after a stabbing at a Poteau apartment early Saturday (Jan. 18) morning. According to Asst. Chief Greg Russell ... 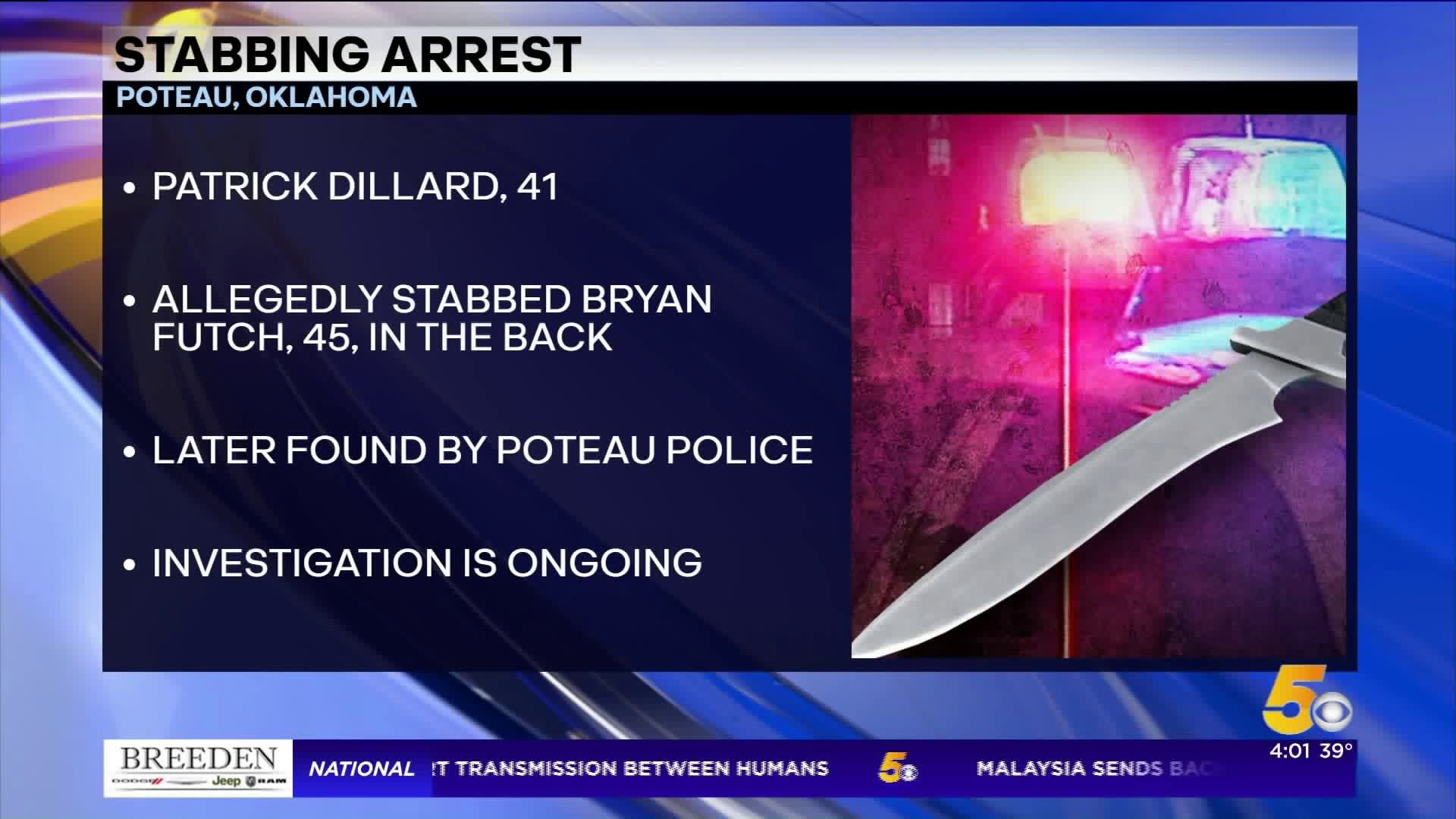 POTEAU, Okla. (KFSM) — One man has been arrested after a stabbing at a Poteau apartment early Saturday (Jan. 18) morning.

According to Asst. Chief Greg Russell with the Poteau Police Department, officers were dispatched to an apartment on Windham in the city limits of Poteau around 5:30 a.m. on a call of a stabbing.

45-year-old Bryan Futch was found in his apartment with stab wounds to the back and blunt force trauma to the head.

Futch was transported by life flight to Saint Francis Hospital in Tulsa.

Investigators on the scene learned that an acquaintance of Futch, 41-year-old Patrick Dillard, was the suspect and had fled the scene after the assault.

Dillard was located by officers at approximately 10:00 am Saturday morning and was taken into custody.

The investigation into the stabbing is ongoing, and Futch's condition was not released.