The Lonoke Co. sheriff said he supports the public release of body cam video in the fatal shooting of Hunter Brittain when the "State Police investigation allow it." 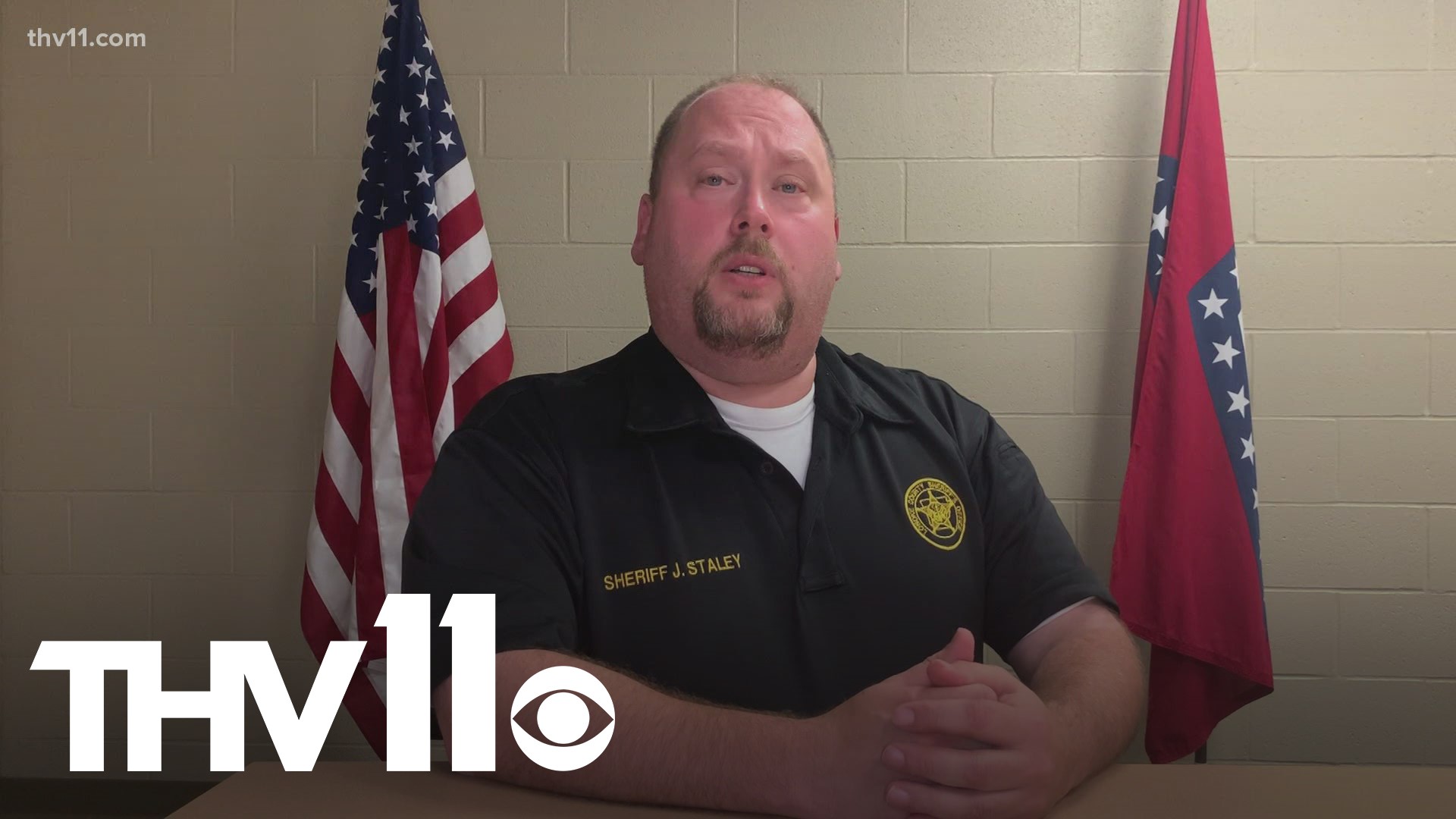 LONOKE COUNTY, Ark — Lonoke County Sheriff John Staley released a video Thursday saying he supports the public release of body cam footage in the fatal shooting of 17-year-old Hunter Brittain by a deputy "when the law and the State Police investigation allow it."

In the video, Staley said he prayed with the family and friends of Brittain Wednesday night and said he wants to know what happened like everyone else.

"But because I also want full transparency and accountability, I immediately asked the [Arkansas] State Police to handle the investigation," Staley said.

Staley said the sheriff's office immediately gave the body cam footage to the Arkansas State Police. He said that because his office isn't handling the investigation, "we don't know how much of the incident was captured by the camera."

"As Sheriff, I’m committed to transparency," he continued. "That’s why I will support the public release of body camera footage when the law and the State Police investigation allow it."

Hunter Brittain was shot and killed by a Lonoke County deputy around 3 a.m. on Wednesday.

According to his family, Brittain was working on his truck's transmission at a nearby body shop. Brittain and a friend were reportedly pulled over during a test drive by Sergeant Michael Davis.

Davis has been placed on administrative leave during the investigation.

"We all want the truth. We all want justice," Sheriff Staley said. "But I humbly ask everyone to avoid rushing to judgment until the investigation is over."