Raleigh police warned about a pet zebra cobra - a snake that spits venom - on the loose in a neighborhood on Tuesday. 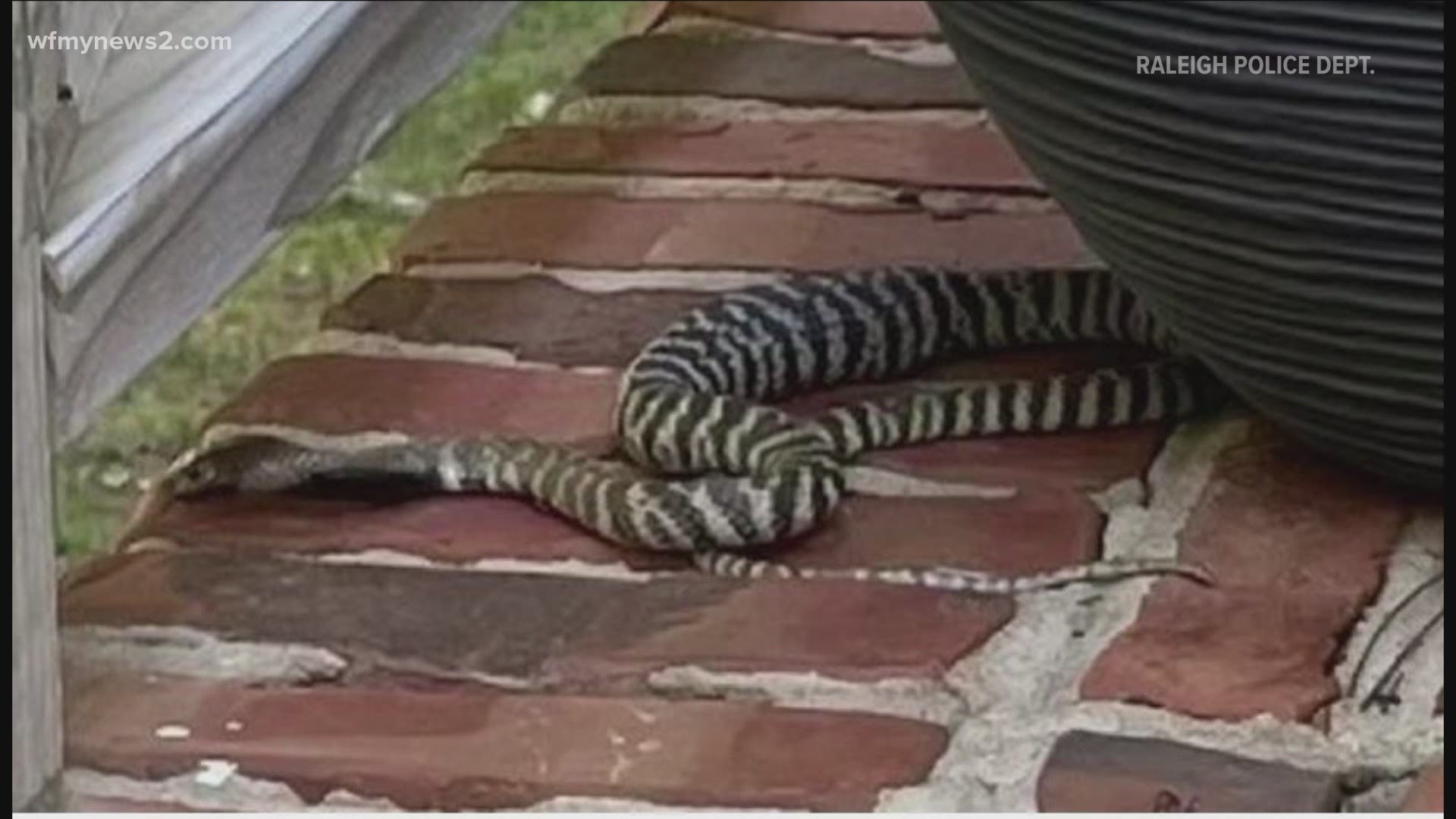 The reporter was door-knocking in the Raleigh neighborhood where the snake was reported missing. She saw it on a porch and called the police.

Part of the neighborhood where the reporter spotted the snake was then blocked off. Animal control officers used wooden boards with special glue on them to trap the snake. The zebra cobra was then moved from the board into a red bucket.

Officials said the snake was taken to a secure facility, but they didn't say where.

Police have now moved us way far down as they figure out their capture plan. A man with snake hook and an extra animal control officer are still on scene pic.twitter.com/UZgI8gdloR

The snake drama started Tuesday. Police sent out a warning after the serpent escaped from its home. It was spotted on the porch of a home on Sandringham Drive Monday night. An animal control officer went to the home, but the snake wasn't there.

Police said the snake belongs to someone who lives in the neighborhood.

“It’s almost like a snake that has mace. And so they’re really a remarkable, remarkable animal, but it is a very dangerous bite,” Bryan Stuart, a herpetologist with the North Carolina Museum of Natural Sciences, said.

Stuart said the snake would likely stay within a half-mile of the home it escaped from, and that it was unlikely it would have been found.

“I would guess that this individual snake, during the day, is going to try to find some cover like under rocks or logs and will hide there,” Stuart said.

It's unclear if the owner could face charges.

In North Carolina, you can own a venomous snake and you don't need to register them with any agency. Under Article 55, venomous reptile owners need a locked, escape-proof, bite-proof cage with a number of state-mandated different labels. State law also requires an escape recovery plan.

Here's exactly what the law reads: "It shall be unlawful for any person to own, possess, use, transport, or traffic in any venomous reptile that is not housed in a sturdy and secure enclosure. Enclosures shall be designed to be escape-proof, bite-proof, and have an operable lock."

Individual counties can put bans in place. Wake County, where the snake went missing, doesn't have one.

Related: Black snakes vs. Copperheads: What you need to know

RELATED: Snake sightings are normal this time of year