Woman Biking Over 1,000 Miles Across Arkansas To Attract More People To The Natural State

LITTLE ROCK, Ark (KTHV) — One woman is biking over 1,000 miles across Arkansas in hopes to attract more people to the Natural State. Rebecca Rusch is an extreme... 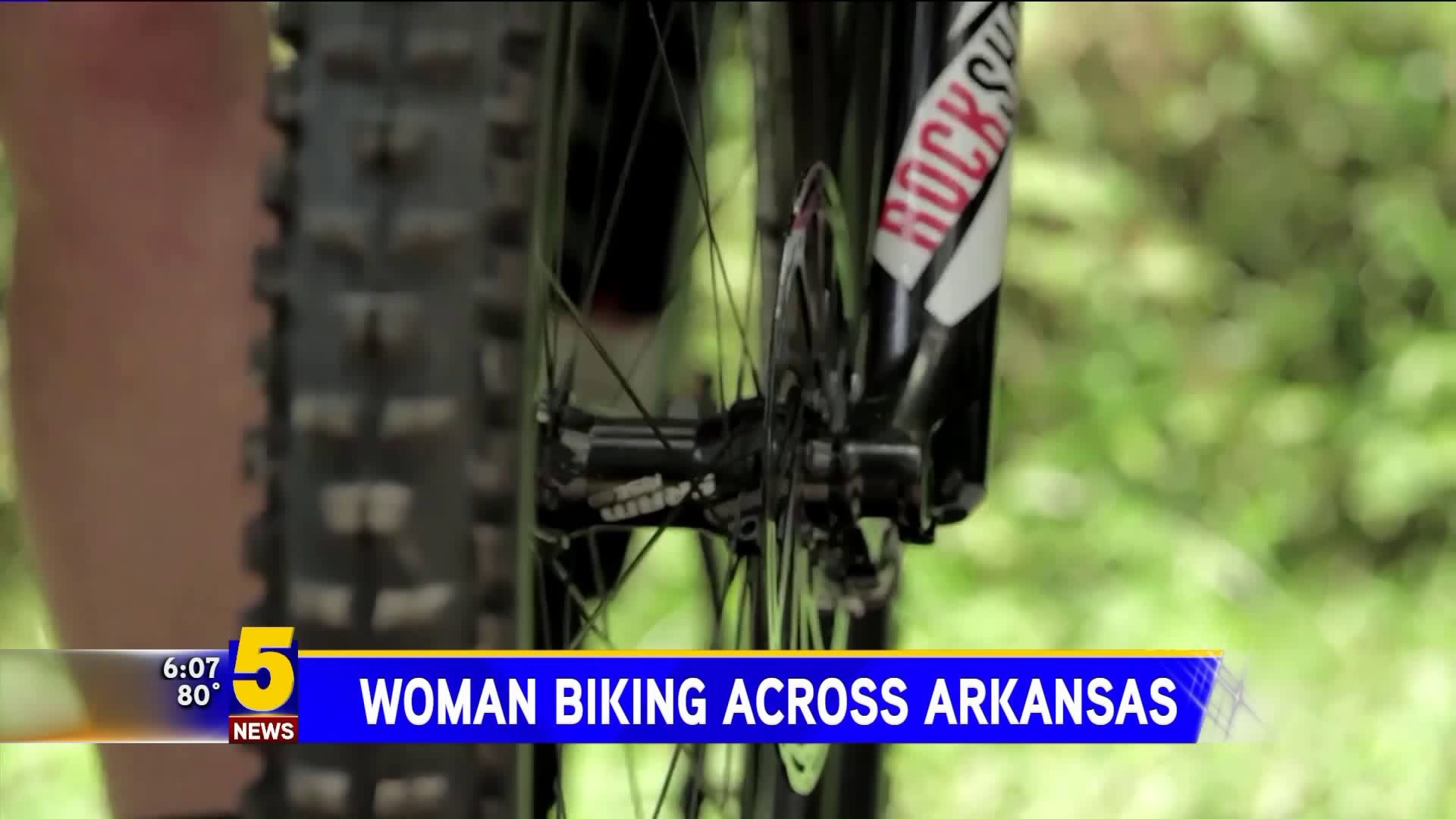 LITTLE ROCK, Ark (KTHV) — One woman is biking over 1,000 miles across Arkansas in hopes to attract more people to the Natural State.

Rebecca Rusch is an extreme athlete. She recently biked all the way to the top of Mount Kilimanjaro, a nearly 20,000-foot mountain in Africa and one of the world’s tallest summits.

And now Arkansas is her next challenge. She hopes to be the first person to complete the Arkansas High Country Route — a newly developed 1,100-mile route from central to Northwest Arkansas.

“So, I get to be the first one to try this route, establish it and put it on the map for adventure cycling association and Arkansas Parks and Rec,” Rusch said.

The route spans through the Ouachita National Forest and up towards Eureka Springs. Rusch will end up climbing over 65,000 feet. Rusch starts and ends her over 1,000 mile journey at the Clinton Presidential Bridge.

"It's very hilly, it goes through some of the most beautiful places in Arkansas. It's about half gravel roads, half pavement,” she said. "I'm going to have GPS tracking, so people can see where I am."

Rusch is aiming to complete the 1100 mile ride in 10 days, riding 100-150 miles a day. She said this ride is also to help bring awareness to Arkansas' trails in hopes more people visit the state.

"I have a foundation called the ‘Be Good’ Foundation and as professional cyclists, the goal is to really use my bike as a vehicle for change and one of the projects I’m really passionate about is our public lands and getting people out and venturing on their bikes,” Rusch said.

As she sets out on her journey Tuesday morning, Rusch said she is excited to see what Arkansas has to offer.

"If people are following along, as I'm getting close to the finish hopefully on May 15, I'll finish at the Clinton Bridge and I welcome anyone to come give me a high five on that day,” she said.

The Arkansas High Country Route was developed by a teacher and made possible by grants through Arkansas Parks and Rec and Adventure Cycling Association.