VBAC is an acronym for Vaginal Birth After Cesarean. Willow Creek is the first hospital in the nation to earn this recognition. 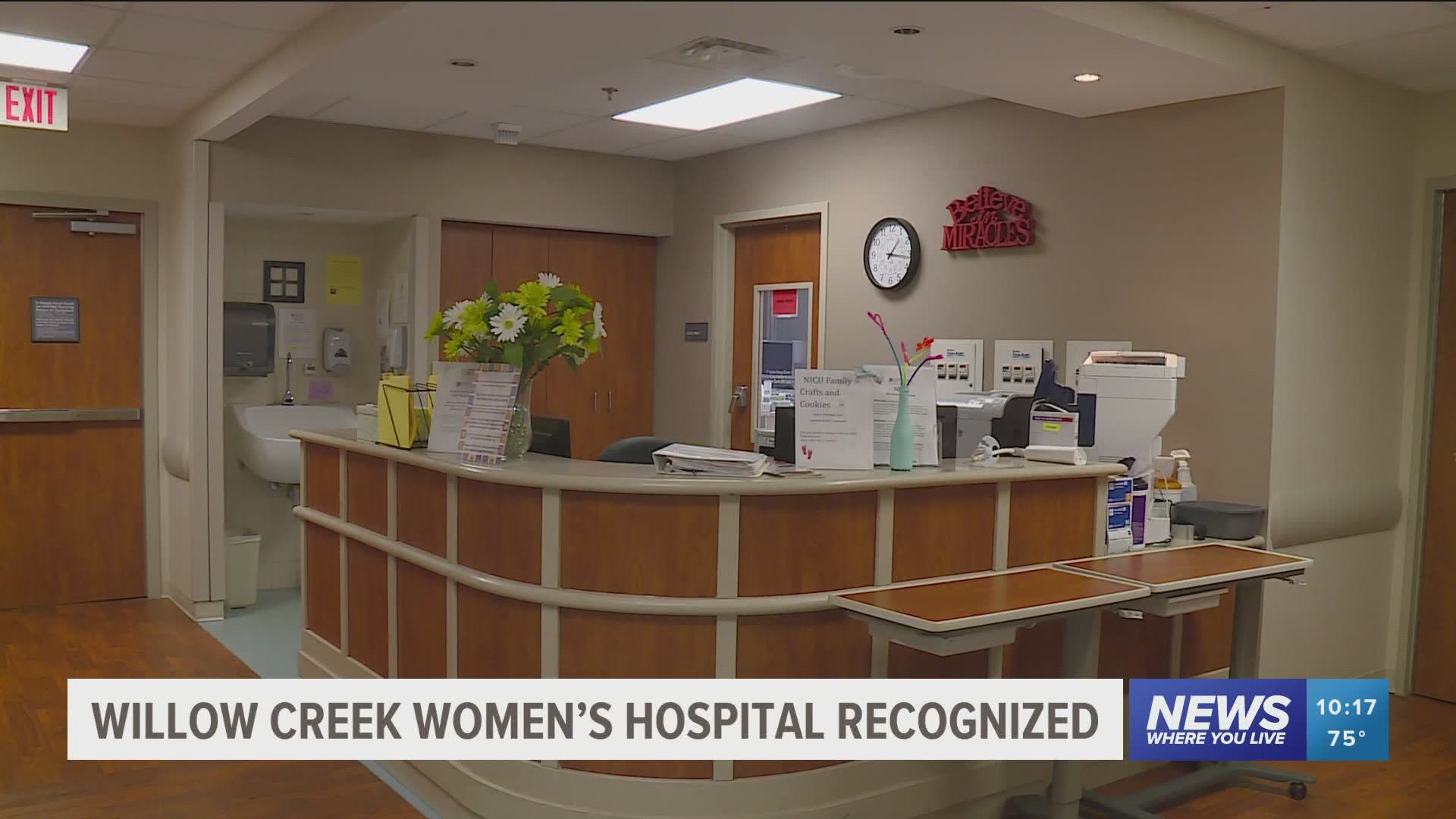 VBAC is an acronym for Vaginal Birth After Cesarean. Willow Creek is the first hospital in the nation to earn this recognition for its commitment to providing safe, VBAC-supportive care.

“I’m so proud of our entire team for achieving this significant recognition,” said Juli McWhorter, chief administrative officer of WCWH. “It represents external validation of our commitment to providing the highest quality of care for mothers and babies. VBAC options matter to women and we take very seriously our role in ensuring safe, appropriate care even as we seek to exceed our patient’s expectations.”

The Maternal Safety Foundation offers the Maternal Centers of Excellence as voluntary recognition programs with a goal of helping patients and families find safe, risk-appropriate care.

The number of women giving birth after a previous cesarean in the United States is approximately 600,000, or 15.7 percent of all births, annually.

Women who have had a previous cesarean section birth are at risk for placenta accreta, which occurs when the placenta grows too deeply into the uterine wall and is unable to detach after childbirth.

Previously uncommon, the incidence of placenta accreta has increased an estimated 400% in the last four decades alongside the increase in cesarean section births. A woman’s risk for developing accreta increases according to the number of previous cesarean births, according to WCWH.

“I am excited but not surprised that Willow Creek Women's Hospital has earned the VBAC Center of Excellence designation. Trial of labor after cesarean section can be a viable option for many women,” said Darrin Cunningham, D.O., FACOOG, a board-certified OB/GYN. “The old saying ‘once a C-Section always a C-Section’ is simply no longer applicable and we all work hard to make sure women know this. Although not all women can be a candidate for VBAC, many can in a safe, controlled environment that is available at Willow Creek Women's Hospital. I am glad to be just a small part of it.”

Dr. Cunningham is an independent member of the hospital’s medical staff, affiliated with Creekside Center for Women, who serves as vice-chair of the OB Department.

Data from the Centers for Disease Control and Prevention (CDC) have shown that Arkansas has historically had the fewest options for patients with a previous cesarean birth to give birth vaginally.

The most recent data available shows that Mississippi, Arkansas, Alabama, Oklahoma and Louisiana are the five states in which hospitals and physicians are least likely to support the option of VBAC when compared to other states.

“Our organization recognizes hospitals that take the lead in ensuring safe, high-quality care options for patients with a previous cesarean,” said Jill Arnold, founder of the Maternal Safety Foundation. “We are so pleased to highlight our local Willow Creek Women’s Hospital for bucking regional trends and providing safe, preference-sensitive care for patients who want a VBAC.”