The Adams County Fire Rescue Wildland Team is assisting with the Cameron Peak Fire, and they've named one of their special visitors "Little Smokey." 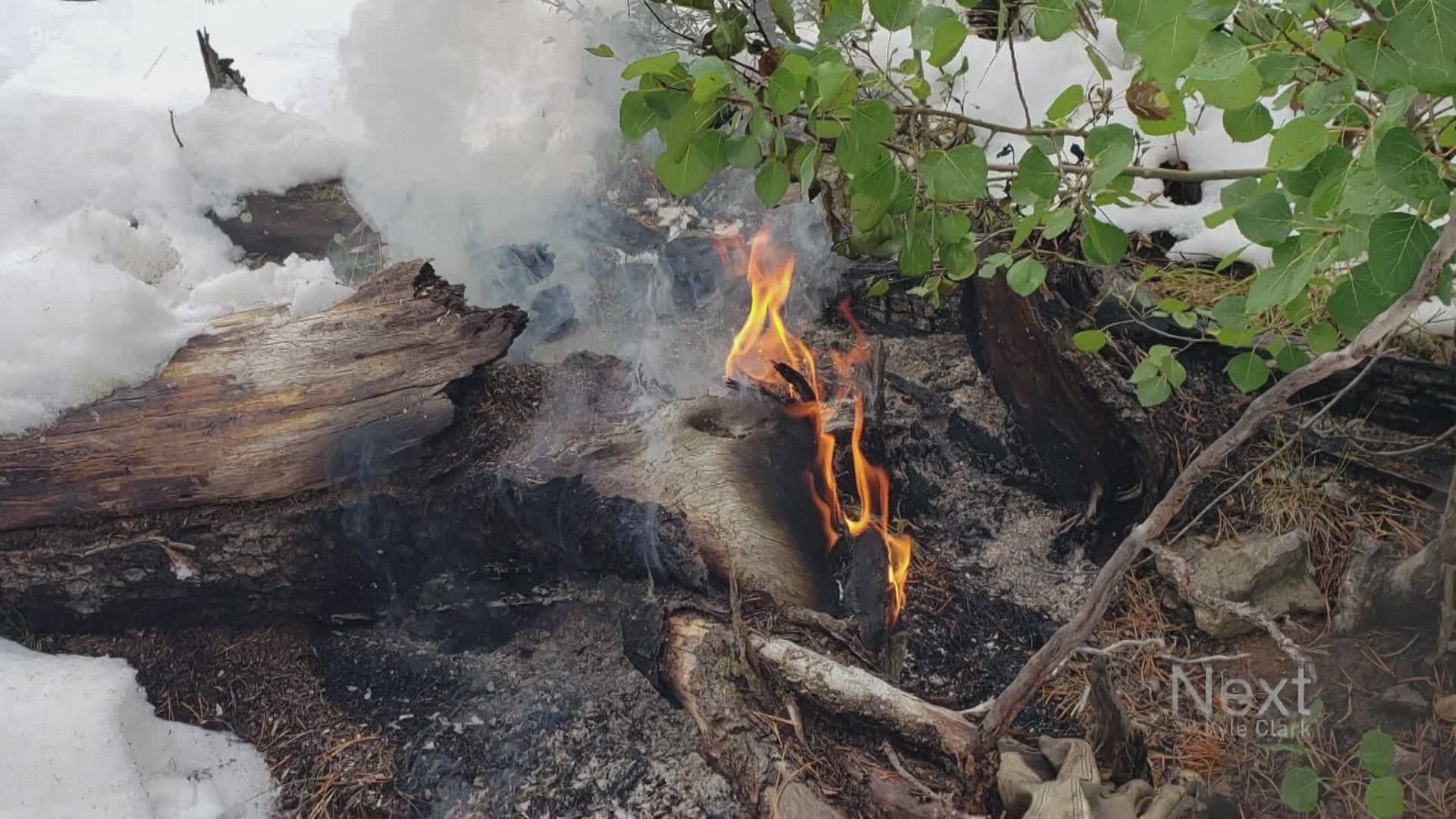 LARIMER COUNTY, Colo. — The Adams County Fire Rescue Wildland Team are among the more than 800 firefighters who are working to contain the Cameron Peak Fire, and they have some stories to tell, if a Facebook post from their department is any indication.

According to the post, crews have been dealing with some … unexpected visitors in camp. Actually, maybe they’re not unexpected, because this is Colorado.

Those visitors are three black bears, who Adams County Fire Rescue said have been visiting the camp at night. A fact that will make you say, “Aww!”? The firefighters named one of them, a baby bear, “Little Smokey.”

Adams County’s crews have been busy with the fire, working on everything from structure triage to even putting out a spot fire on top of a mountain.

Check out the photos below for a firsthand looking at fighting the Cameron Peak Fire:

The Cameron Peak Fire started about 15 miles southwest of Red Feather Lakes on Aug. 13, and since then, it has grown to 104,791 acres. As of this writing, it’s 27% contained.

Fire crews are working to protect homes along the fire corridor, and structure assessments have been completed everywhere from Estes Park to the Glen Haven and Storm Mountain areas, should fire activity dictate it.

Warm weather and high winds coming into the weekend have heightened fire concerns, but a cold front is expected to move into the area next week.