Franklin County Police shot and killed Cunningham after they say he attacked deputies with a baseball bat. 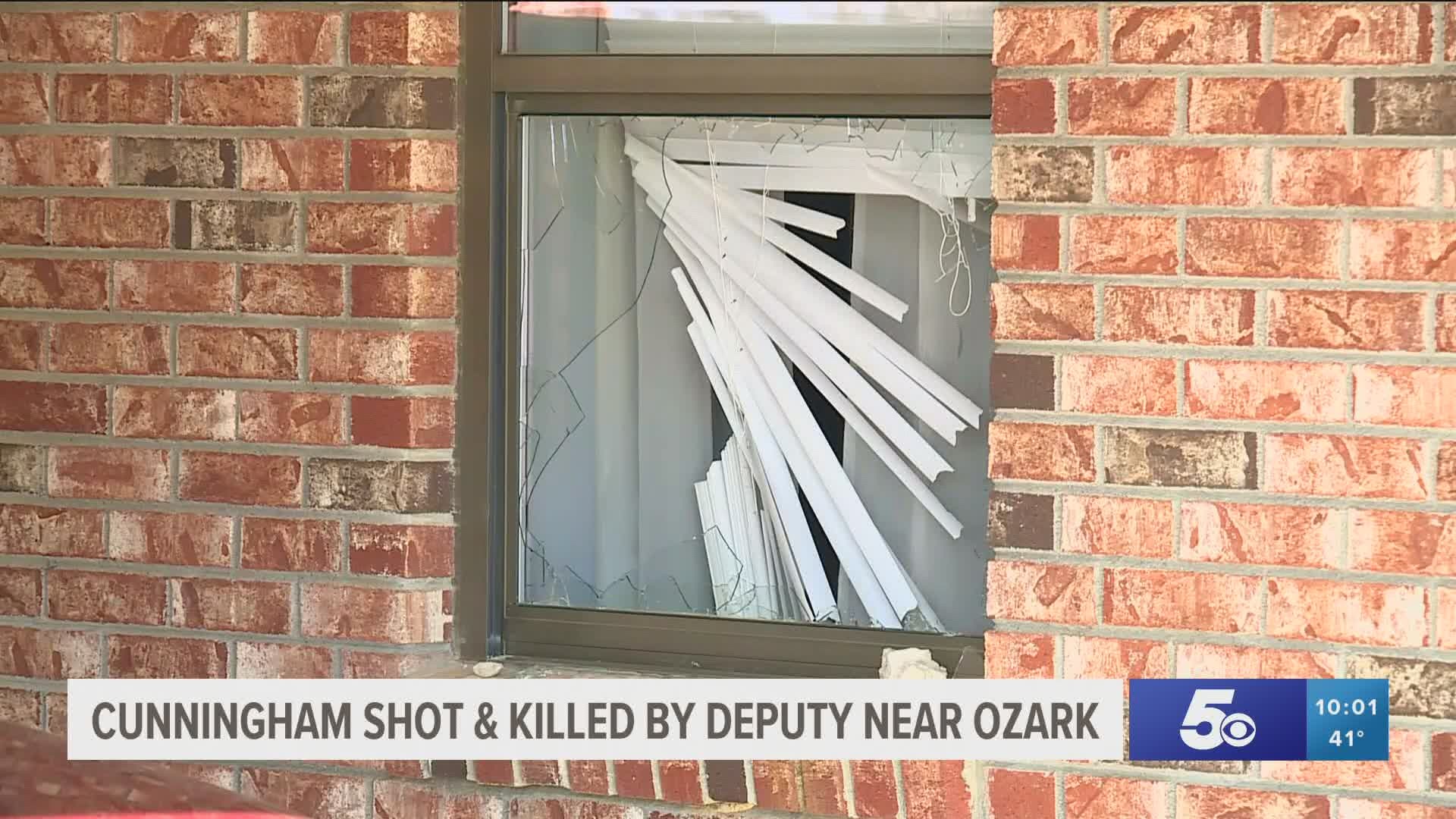 Michelle Cunningham, the wife of Adam Cunningham who was shot and killed by Franklin County Police on March 1st, says her husband is not a violent person, and her family is still piecing together why he would charge at officers.

Franklin County Police shot and killed Cunningham after they say he attacked deputies with a baseball bat when they were responding to a call about a potential home break-in on Adam Street west of Ozark.

Michelle Cunningham says her husband left to go to the gas station that night and did not bring a baseball bat with him. Michelle says it wasn’t uncommon for Adam to make late-night trips, but that night he did not come home.

She says her husband's vehicle was found down the street from the home in Ozark, she says she believed he wrecked his car that morning and was looking for help at the home on Adam Street. Michelle says she has no idea why Adam would break in a window, or not cooperate with officers.

“He had money in his pockets, we are not in debt, we are current on our bills, he’s never stolen a thing in his life. When his car wrecked into the ditch, I believe he went there looking for help,” says Michelle Cunningham.

Michelle says police have not given insight on what Adam said or did before he was killed, she says she still has many questions, but details are limited while police are investigating.

“He would give a stranger the shirt off his back, he would help someone change a tire, he would bring food to people who needed it. Adam was a good man, and I want him to be remembered that way,” says Michelle.

Prosecutors are still investigating whether the use of deadly force by a law enforcement officer was consistent with Arkansas laws.