28-year-old Ashley Johnson was arrested on Aug. 2 in connection with a plot to kill her husband. 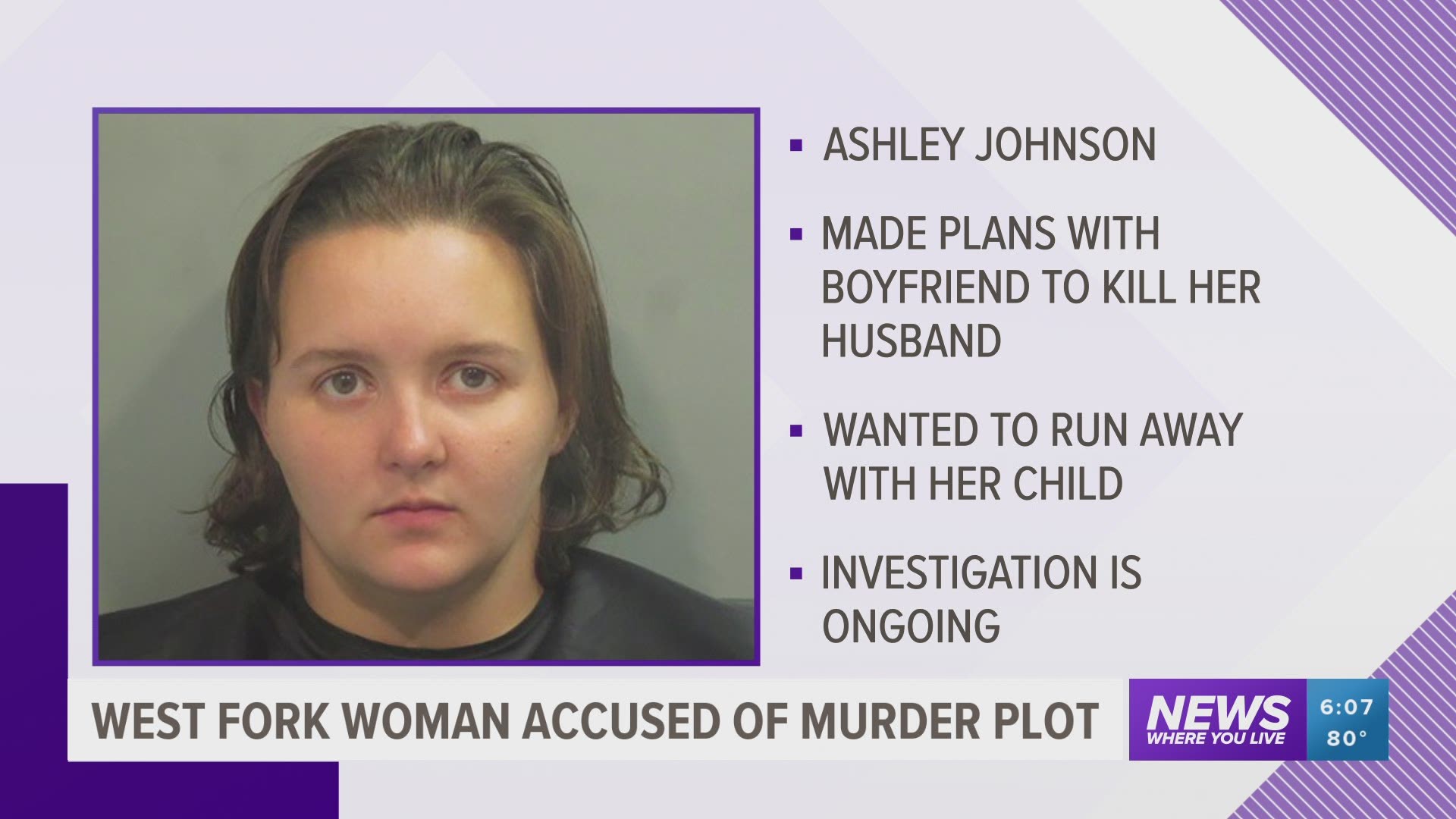 ELKINS, Ark. — A West Fork woman has been arrested after she allegedly plotted to kill her husband.

According to a preliminary arrest report, on Sunday (Aug. 2) police were called to the parking lot of Elkins Elementary School around 2 p.m.

An officer met with 28-year-old Ashley Johnson of West Fork in the parking lot.

Ashley told officers that she and her boyfriend 35-year-old Isaac Dale made plans to kill her husband, 43-year-old James Johnson.

According to the report, the pair planned to kill James and run away with Ashley's child.

Police say Dale has an existing "Be On the Lookout" (BOLO) for 2nd Degree Domestic Battery.

The Washington County Sheriff's Office is investigating the incident.