'We fought the laws, and the laws won' TempleLive postpones concert in Fort Smith

A cease and desist order was sent to TempleLive in Fort Smith to stop a concert planned at the venue on Friday. 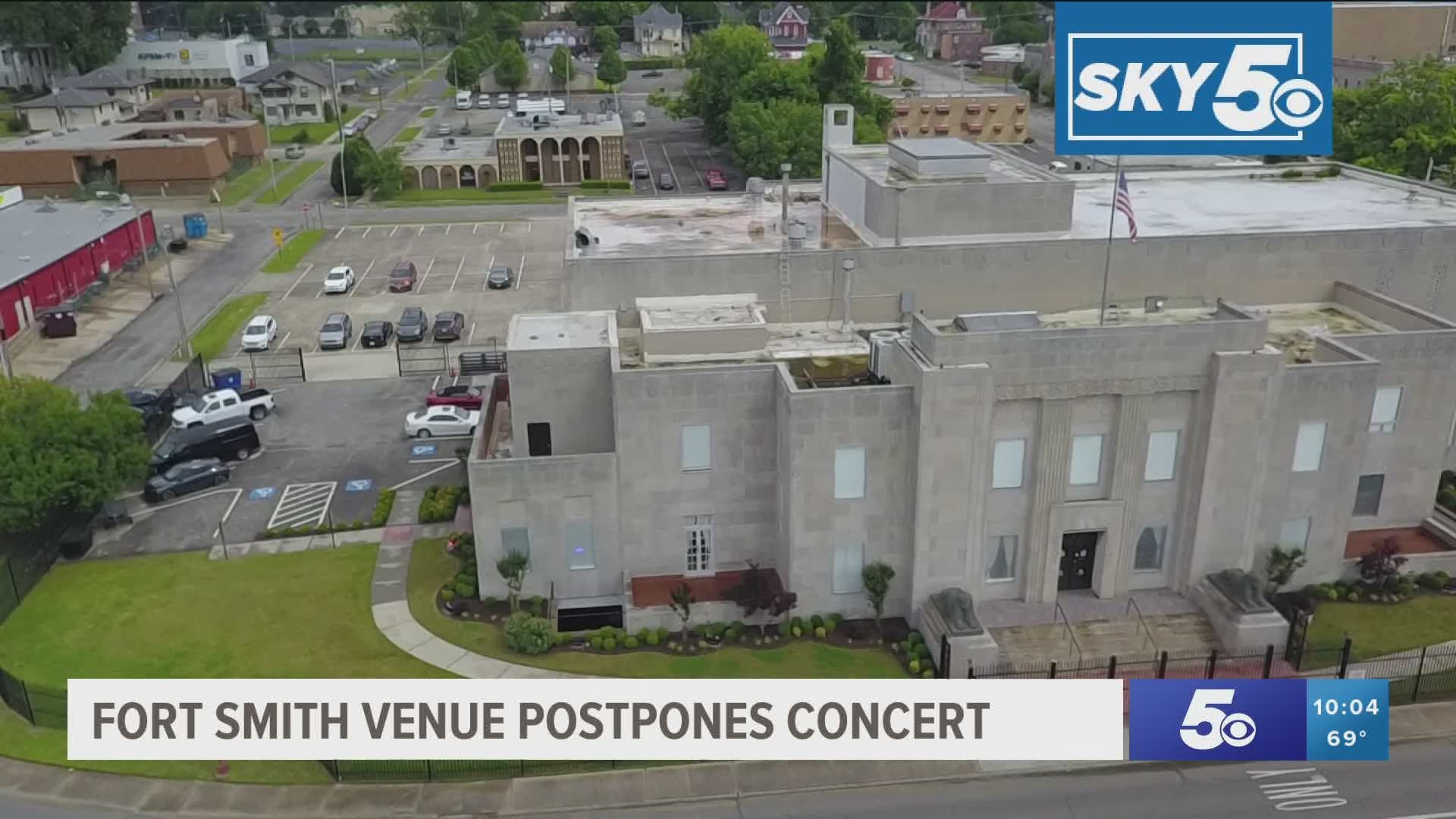 FORT SMITH, Ark. — TempleLive has decided to push back a concert scheduled for Friday after getting pushback from state officials about the event.

The concert by country-rock singer Travis McCready was originally supposed to take place Friday, May 15, three days prior to the state allowing gatherings at large venues due to the coronavirus pandemic.

McCready's concert will now take place on Monday, May 18. If you purchased tickets for Friday's show, they will be honored for Monday's concert.

A cease and desist order was sent to TempleLive by the state earlier this week to stop the concert.

Lance Beaty, owner of Beaty Capital Group which owns and manages TempleLive, told our content partner Talk Business & Politics he was disappointed in the decision.

“I’m disappointed that we’ve seen the discussion transition from a science and health discussion to a politics and power issue,” he said.

Mike Brown, the vice president-entertainment/clubs and theaters for Beaty Capital, held a press conference Wednesday (May 13) calling out the state health department for the decision to stop the concert.

On Thursday (May 14), the Arkansas Alcoholic Beverage Control (ABC) Division announced that TempleLive's permit to sell alcohol was suspended due to going forward with the concert.

"TempleLive is publicly announcing intentions to violate these standards, which will endanger public health and safety. As a result, ABC Director Doralee Chandler today issued an immediate permit suspension order to TempleLive," Scott Hardin, a spokesperson with ABC said.

Hardin says ABC plans to give TempleLive back it's alcohol permit after the decision to postpone the concert.

On Friday (May 15), Gov. Asa Hutchinson announced during a press conference that the state has approved TempleLive's plan to hold Monday's concert.

Some of the Arkansas Department of Health guidelines for reopening large indoor and outdoor venues include a 12-foot distance between performers and audience, 50 or fewer performers/players/contestants, an audience of 50 or fewer people, every other row should be unoccupied, face coverings for all attendees over 10 years of age, and no entry if having a recent fever or other symptoms.

RELATED: TempleLive to stick with May 15 concert; Gov. Hutchinson said the event ‘violates our directives’