Following the winter storms, the water purifications system of Benton Utilities is in critical status. 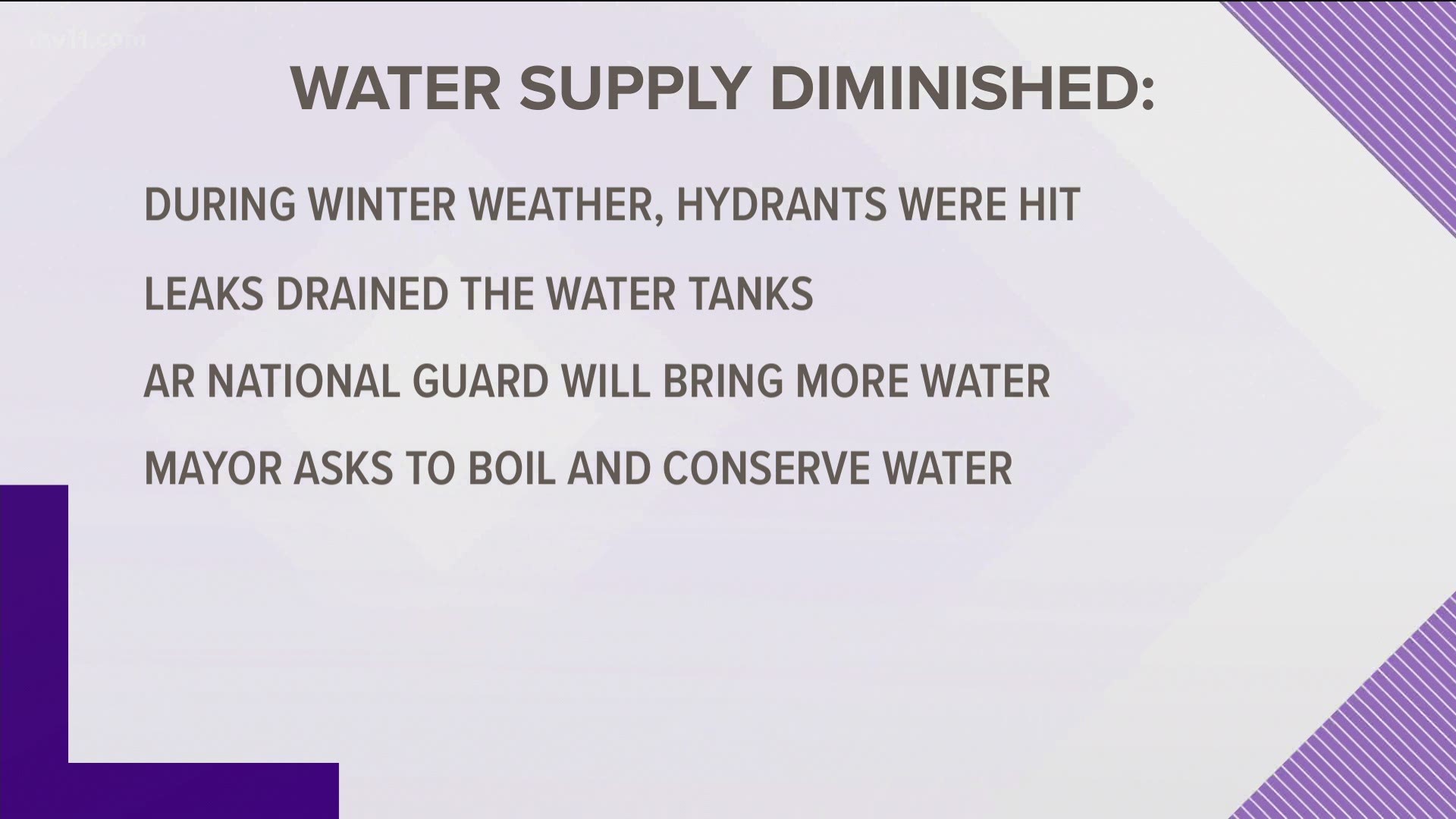 Due to the winter storms, freezing temperatures, water main ruptures and hydrants struck by vehicles, the water purifications system of Benton Utilities is in critical status.

According to the press release, the city water storage tanks have been depleted.

With the water supply at an historic low, a state of emergency is declared and arrangements are being made for the National Guard to bring tanker loads of potable water to the city.

“We appreciate the patience and understanding we are getting from our customers,” said Vondran, “but we must continue to extend our Water Conservation declaration until further notice.”

Water main ruptures and leaks have continued at various points in the distribution system since Wednesday, according to the release.

Crews have been working around the clock to fix the problems as they arise, but freezing temperatures and record snowfall have impeded progress.

Repairs will be easier as temperatures become warmer.

“We understand the frustration people are feeling with the fluctuations in the water system. Our customers are our eyes on the ground. We are thankful for the information they send us and encourage them to keep doing so.” said Vondran.

The National Guard is standing up two drinking water distribution points for those customers who are served by Benton Utilities, Southwest Water, Salem Water, Haskell Water and Bauxite Water and who are experiencing no pressure. This will run from 8 a.m. to 5 p.m. Monday and Tuesday.