Legendary University of Arkansas men’s track and field coach John McDonnell died on Monday evening in Fayetteville, Arkansas at the age of 82. 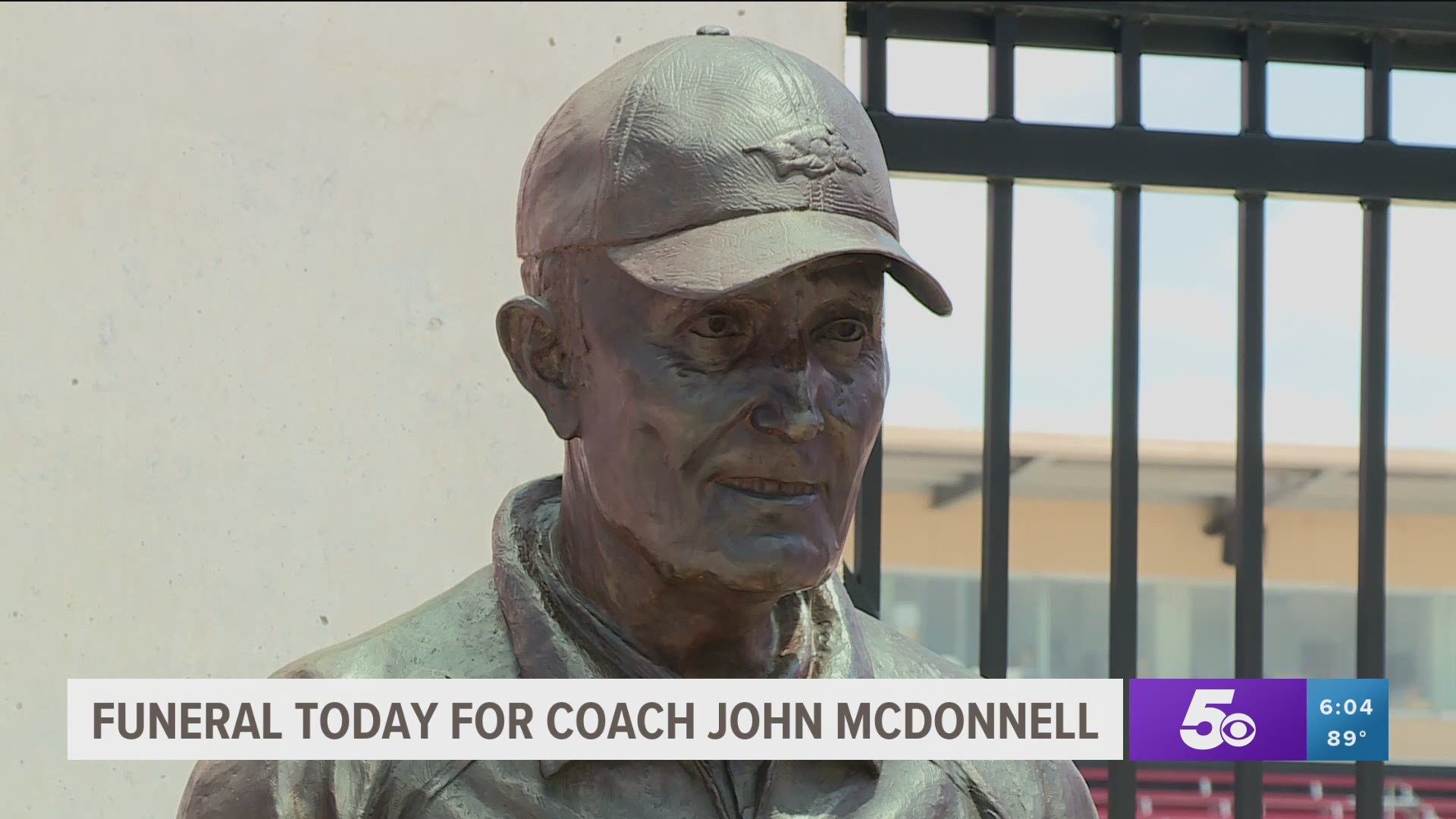 A funeral mass was held at St. Joseph Catholic Church in Fayetteville on Friday (June 11) at 10:00 a.m.

In his 36-year hall of fame coaching career at the University of Arkansas, McDonnell established a legacy of success unrivaled in the history of NCAA athletics producing 40 NCAA championships, including six national triple crowns and 12 consecutive NCAA Indoor titles from 1984-95.

“We are deeply saddened by the loss of a true Razorback legend and quite simply the greatest collegiate coach in the history of intercollegiate athletics,” Vice-Chancellor and Director of Athletics Hunter Yurachek said. “John McDonnell was the personification of success on and off the track, winning 40 NCAA Championships and 83 conference titles, while even more importantly making an indelible impact on the hundreds of young men who had the privilege to compete for him.

McDonnell’s accomplishments with the Arkansas men’s track and field program shine as a beacon for the Razorbacks in an infinite legacy.

"His accomplishments were just beyond what any human should be able to do. I think you could call him the greatest that’s ever lived in any sport, in any level, college, high school pros," Rick Schaeffer, former University of Arkansas Sports Information Director said.

While the amazing numbers he achieved with Arkansas will always be there to serve as a reminder of the dominance of the Razorback men’s program over his span of 36 years with the program, the personal relationships he developed along the way will be cherished forever.

“The good Lord up above will not ask you how many championships you won, but he might ask you how many lives you touched and John you’ve touched lives. That’s what it’s all about. That’s the legacy," Former Men's Razorback Basketball Coach Nolan Richardson said.

The opportunity for many student-athletes to join an elite program built by McDonnell allowed numerous Razorbacks to flourish as individuals while being part of a powerhouse team that displayed its prowess through each season of cross country, indoor and outdoor track and field.

Douglas Clark was an assistant under McDonnell when the Razorbacks won three straight triple crowns. He says McDonnell prepared them for life after track.

“I think that was almost in any conversation you have with him, I’m really proud of our team, I want to do the absolute best we can, if you aren’t working with me on that goal then we are going to have problems, but my overriding mission is for you to turn out to be an outstanding young man and develop into a person that’s going to contribute to society," he said.

McDonnell recruited Reuben Reina and his brothers from Texas, and McDonnell coached him not only through college but onto his professional career.

“If there is one thing people don’t realize, it was more than just about winning you know for John McDonald, it was winning the right way and we felt like if we were successful as one as a family then we were all going to be successful as individuals," Reina said.

You can watch the full funeral service by following this link.