Arkansas Justice Reform Coalition held an event to listen to resident's concerns and suggestions for other ways to use the federal funding. 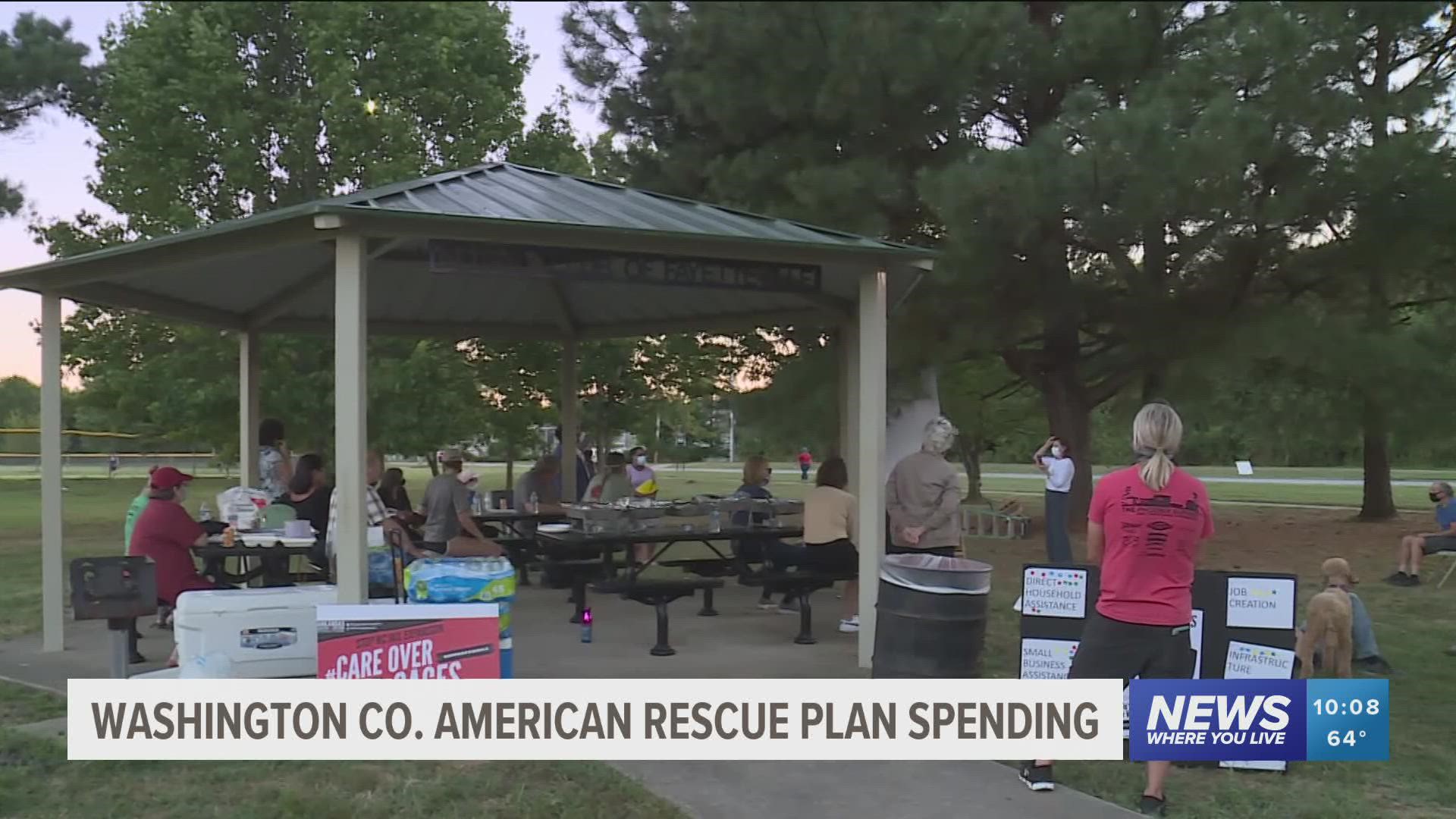 Washington County Jail is using American Rescue Plan money to expand the jail, but not everyone in the community agrees with this decision. The coalition says the decision should have been left up to residents where the money should go and that it should be focused on COVID-19 relief.

Representatives from the jail attended the event, including four Justices of the Peace.

“This is $46 million over two years that our county is getting from the federal government,” said Washington County Justice of the Peace Evelyn Rios Stafford. “I’d like to see a lot of it go towards helping our community,” said Stafford.

The payment of $46 million to the county will be split into two $23 million payments. However, out of the $23 million, they say $20 million is going to be used to expand the jail, making some residents upset.

“Money has been effectively stuffed away,” said Washington County resident Maeve Courteau. “The larger share of it it’s supposed to go to the jail.”

Residents asking questions and suggesting additional ways that the $3 million could be spent.

“We know that there were people impacted by job losses, we know that some people actually had to quit their jobs when the schools closed, we know that some of the students did not have access to the internet and couldn’t complete their assignments,” said Washington County Justice of the Peace Shawndra Washington.

Some suggestions include helping with food insecurity in the county, expanding broadband internet to rural areas, and helping those struggling with mental health.

“A crisis stabilization unit is an alternative to putting someone that is going under a mental health episode into jail,” said Sarah Moore with the Arkansas Justice Reform Coalition.

Moore was referring to the Northwest Arkansas unit that closed after being open for about two years but she wasn't the only attendee at the rally to bring up the center.

Those at the event also looked at ways to help those not making enough to make ends meet.

“These are not people who decided, you know, they didn’t want to work people, who decided that they wanted to get the extra $600 from unemployment.” stated Washington. “These are people that are working every single day to provide for their family and they still don’t have enough.”

Arkansas Justice Reform Coalition says they plan to host a series of events like the first Cookout Community Conversation in the future with the next one taking place in Springdale next week.