Wildlife officers urge hunters to call ahead before taking deer to be processed because many are backed up. 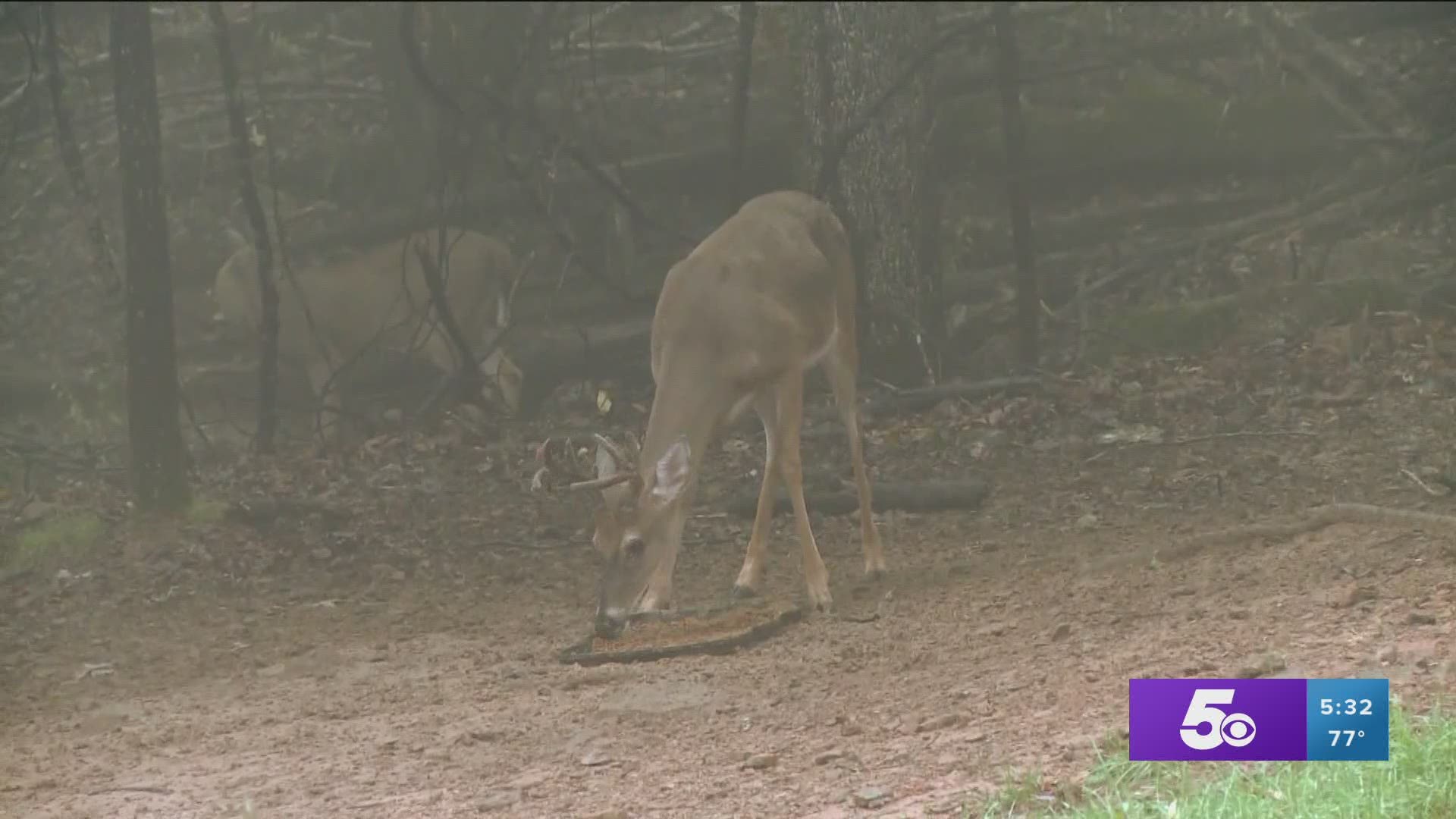 JOHNSON, Ark. — Muzzleloader season starts in Arkansas Friday (Oct.16) and many hunters will be in their stands hoping to get a deer. Due to COVID-19, many meat processors are backed up.

When there was a beef shortage a few months ago, a lot of people bought cows from ranchers and took them to meat processors and those processors are still not caught up, so getting your deer meat could take much longer than it has in years past.

“There are a few meat processors that we’ve talked to throughout the past month or two that already have reservations booked up to 2021, so they are having to make special accommodations for the deer,” said Jeremy Brown, Assistant deer program coordinator for Arkansas Game and Fish.

In just a few days muzzleloader season starts, and then modern gun season starts in mid-November. The Arkansas Game and Fish Commission is urging deer hunters who want their meat processed to call ahead.

“The turnaround time for some of these processers given they are already booked up, instead of getting your meat back in one to two days, it may be two to three weeks or even longer,” Brown said.

Brown says they do expect there to be more hunters this year than last season because hunting is a great activity for social distancing. They just want this deer season to be great for all new and seasoned hunters.

“They harvest their deer, and everything is great and go to the processor and then get denied or get this long turnaround and a great hunt turns out to be an aggravating thing,” he said.

Brown says if you’ve been thinking about processing your own meat, then this year would be a great time to learn.

Avid hunter John Cole says he always harvested his own meat and he's very happy he knows how to especially this year.

“Everybody goes to YouTube to learn how to do everything and there are so many tutorials on how to process your own game," Cole said. "It’s fairly simple…a good sharp knife, a bone saw, a meat grinder and a vacuum sealer and you can pretty much get it done all by yourself."

Arkansas Game and Fish does have a video on its website if you do want to learn how to process your own deer meat and avoid any delays in getting your deer meat back.

5NEWS reached out to several meat processors in our area and one in West Fork says they are booked out until August.