Nationwide spike in overdoses concerning officials ahead of holidays 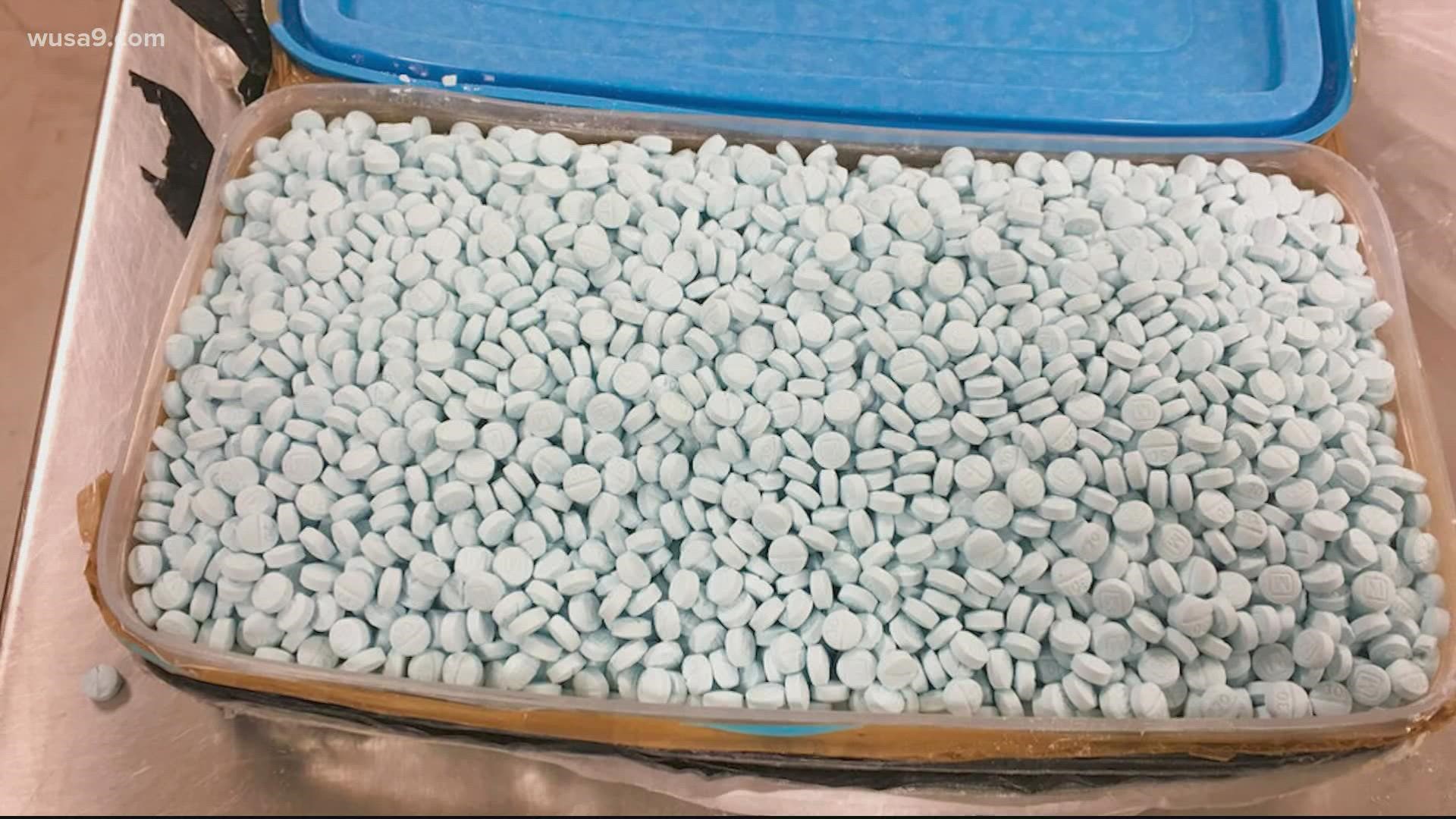 LEESBURG, Va. — The opioid crisis across the country has reached a new level with a record-breaking number of overdose deaths, according to health officials.

The Centers for Disease Control & Prevention (CDC) reported the U.S. saw 100,306 drug overdose deaths during a 12-month period ending in April 2021; that's a 29% increase from 78,056 deaths during the same time the year before.

The synthetic drug fentanyl is the driving force behind 75% of deaths related to opiates. Deaths linked to cocaine and semi-synthetic and natural opioids such as prescription pain medication were also on the rise from the year before.

In Loudoun County, Sheriff Mike Chapman said even though the current number of deadly overdoses dropped slightly from 23 in 2020 to 22 so far this year, overall overdose cases have gone up.

Chapman estimated overdoses are around 100, currently, while it was 60 the year before.

"It sort of went from heroin to heroin that was laced with fentanyl and now you're getting more and more basically pure fentanyl,"  Chapman said. "So, it's really dangerous out there right now."

Like in most areas, fentanyl, which is significantly more potent than morphine, is blamed for many overdoses since it can be laced in other drugs such as cocaine and heroin. The opioid overdose reversal drug Narcan has been a big help in reducing the number of deaths in the county.

Another tool the Loudoun County Sheriff's office, alongside 52 other departments in Virginia, has been using is ODMAP. The widely used system across the country can keep track of overdoses and analyze trends that need to be curbed.

"ODMAP gives us the ability to track what would be considered hot spots when it comes to people overdosing," Chapman added. "It can get specific down to the particular neighborhood down to what's going on."

By pinpointing hot spots, different departments in Loudoun County can devote resources to alert the community about a possible bad batch.

Chapman issued a warning to the public in September after two people experienced fatal overdoses after consuming what is suspected to be counterfeit prescription pills.

Fairfax County Police also sent a warning after six people were sent to the hospital after a "mass overdose" incident at an apartment in Falls Church.

"In 2019, we had our lowest numbers yet but then 2020, our numbers just skyrocketed in terms of overdoses," Arlington County Department of Human Services Opioids Program Manager Emily Siqveland said.

Siqveland stressed there are resources and help available but admitted turning the deadly trend around may take longer than expected. Arlington County lists available resources online.

"We can fight this again and can see a dip but I don't know if it's going to be better next year necessarily," she said. "But I do hope with more resources the more we are able to combat this epidemic."

RELATED: 'No substance is safe' | Batch of cocaine laced with fentanyl leads to multiple overdoses in Virginia

WUSA9 is now on Roku and Amazon Fire TVs. Download the apps today for live newscasts and video on demand.

Download the WUSA9 app to get breaking news, weather and important stories at your fingertips.