Law enforcement from across the state met at the FBI Little Rock location to discuss the problem. 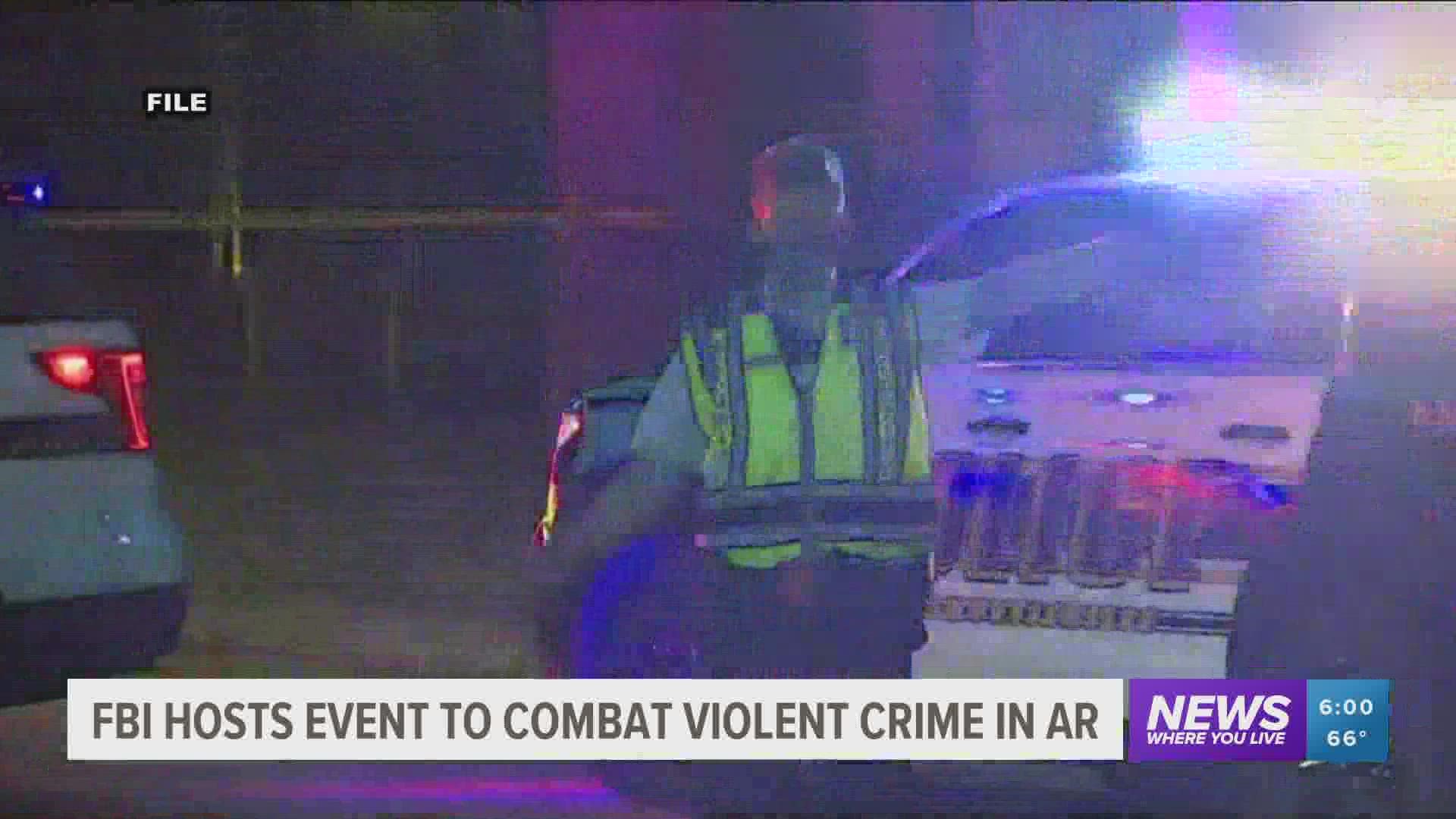 ARKANSAS, USA — Violent crime is on the rise in Arkansas as well as violence against law enforcement, according to officials with the Federal Bureau of Investigation (FBI).

That’s why the FBI in Little Rock hosted state and local law enforcement Thursday, Oct. 21, to discuss partnerships and how to combat this violence.

"In the incidence of homicides, in our major metropolitan areas, in some instances, it's higher than the city of Chicago, the number of homicides in the state is certainly disturbing,” said Special Agent James Dawson.

Fayetteville Police say the department saw a 26% increase in violent crime in 2020.

“We’ve seen a little bit of a downtick on that this year so far, but we had 17 shootings in 2020 that resulted in seven homicides in Fayetteville,” Fayetteville Police Chief Mike Reynolds said.

So far in 2021, there have been 12 shootings in Fayetteville that have resulted in two homicides. Chief Reynolds says two 16-year-old boys have also been murdered in the last 18 months. He says there has also been an increase in violence towards officers.

RELATED: Police: Two men arrested in connection to murder of 16-year-old in Fayetteville

“I don’t know if folks become radicalized, they become fixated or if they are looking for suicide by cop," Reynolds said. "I don’t know what the motive is in this particular situation is, but we are just seeing it occur more and more and it’s evolving and certainly, we have got to find a way to make it stop."

In northwest Arkansas in the last 18 months, two officers have been killed and one seriously injured.

Fort Smith Police say they’ve seen a slight increase in violent crime over the last couple of years, averaging about 71 violent crimes a month. In 2020, two officers were hospitalized and two so far this year including an officer who was stabbed in the neck this past weekend.

Aric Mitchell with the Fort Smith Police Department says they are fortunate that they haven’t had a violent crime death of an officer since 2007.