The estimated damage is reported to be approximately $10,000. 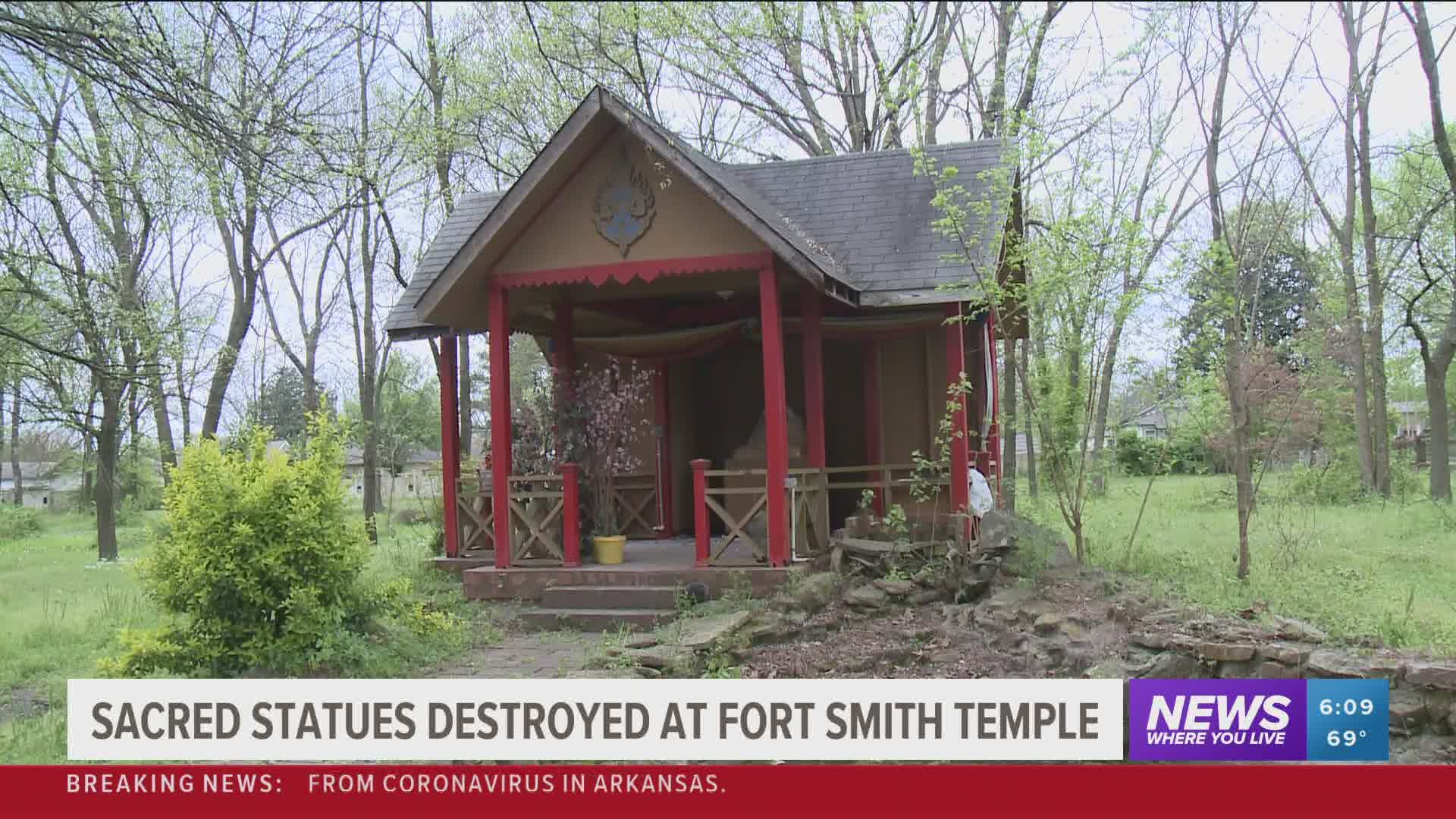 An officer was dispatched to the Lao Temple in reference to a theft.

Two other officers, Officer Hall and Officer Murin were already on the scene and said they witnessed Shawn Israel destroying a statue in the yard of the temple.

The statue was significantly damaged by the use of a hammer, which was turned into police.

Isreal told officers he was "commanded by scripture" to destroy the statues and referred to them as representing a "false idol." Israel went on to say that he was only following the ten commandments, and did what God told him to do through scripture. Officers noted that he is in possession of a bible while being arrested.

Israel was arrested and taken to the Sebastian County Area Detention Center.

A spokesperson from the Lao Temple said several sacred statues were beheaded and they believe the motive was likely due to COVID-19 related feelings against Asian communities.