From the street, it looks like a typical family home, but on the inside, behind a hidden door, buyers can have access to an adult playroom. 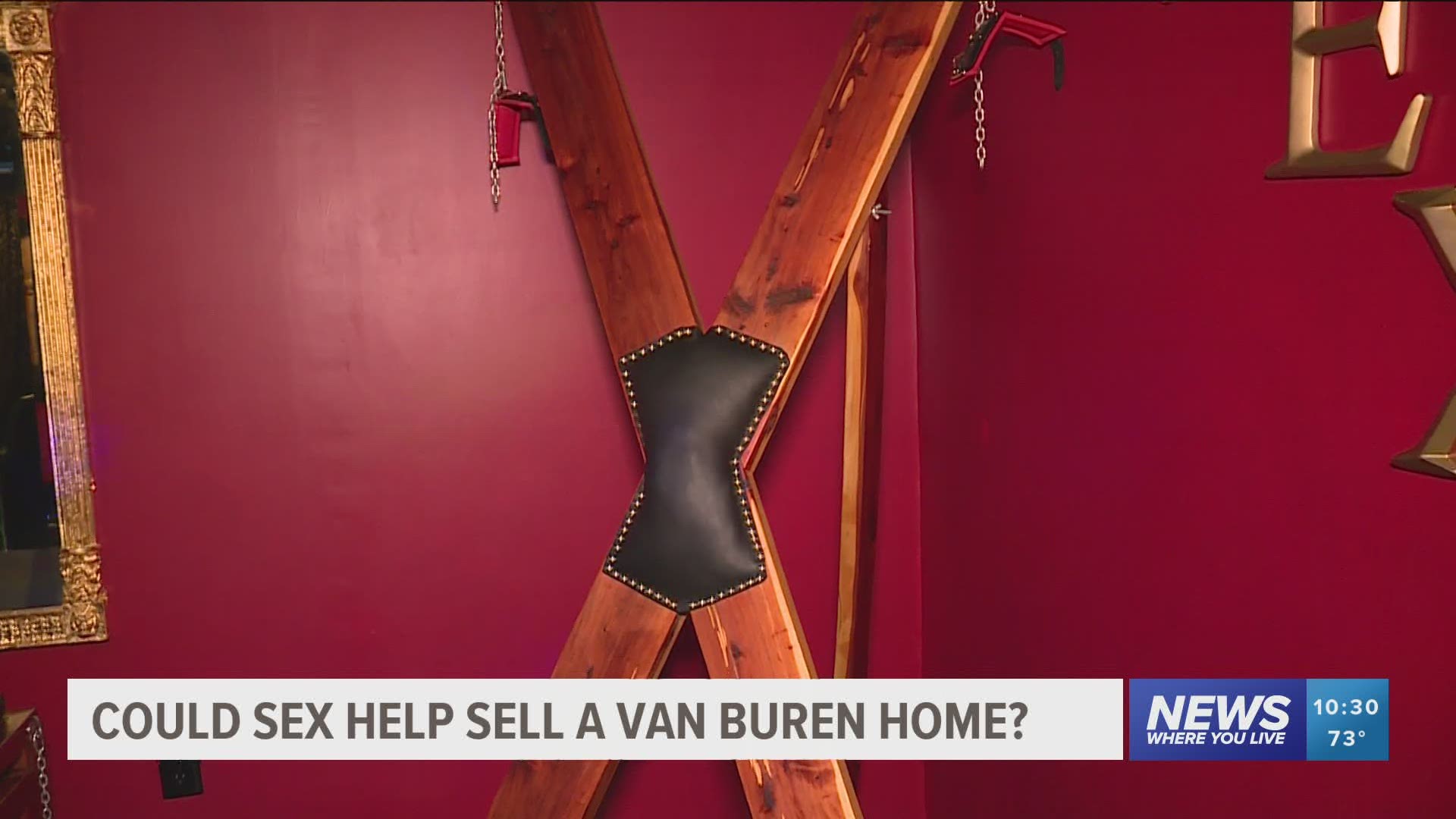 A couple in Van Buren is advertising their home in a not so average way.

From the street, it looks like a typical family home, but on the inside, behind a hidden door, buyers can have access to an adult playroom.

Jennifer and Shayne McKinney added the sexy surprise to the home, a dungeon they built themselves.

“Why aren’t there any shows or anything to promote couples being able to spice up their sex life by doing a remodel on their home to make it more accessible to that part of their life,” Jennifer said.

The home is for sale in the small town of Van Buren, a dry county and a generally quiet community.

The four-bedroom house has been on the market for almost a week and has already racked up thousands of views.

Jennifer is the listing agent and says she gets several calls a day for tours.

“The interest has been amazing. We are 200,000 thousand views on Zillow,” Shayne said.

The couple says the COVID-19 pandemic has certainly had an impact on selling their home.

“One of the offers we’ve received was having trouble because of COVID and income," Shayne said. "Qualifications for loans and things like that are difficult right now.”

Down the spiral staircase is a stocked bar, an entertainers pole and a slew of custom furniture made by Shayne.

“Some of the items like the cross is relatively cliché dungeon item that people expect to see," Shayne said. "So in reality that’s not of as much of an interest to us as much as it was done for film. So of the other apparatuses were things we were interested in ourselves.”

Some of the neighbors say they are not on board with the McKinney's renovations.

“I’m disturbed. To think something like that is across the street from me," neighbor Cathy Hubbard said. "It concerns me as to what is moving into the neighborhood. In this day in age, it really bothers me for the type of person who would buy that house.”

The McKinney's say they are happy to talk about their space with anyone who shows interest.