Get to know Addison Loney. State champion in the first ever girls wrestling tournament in Arkansas. 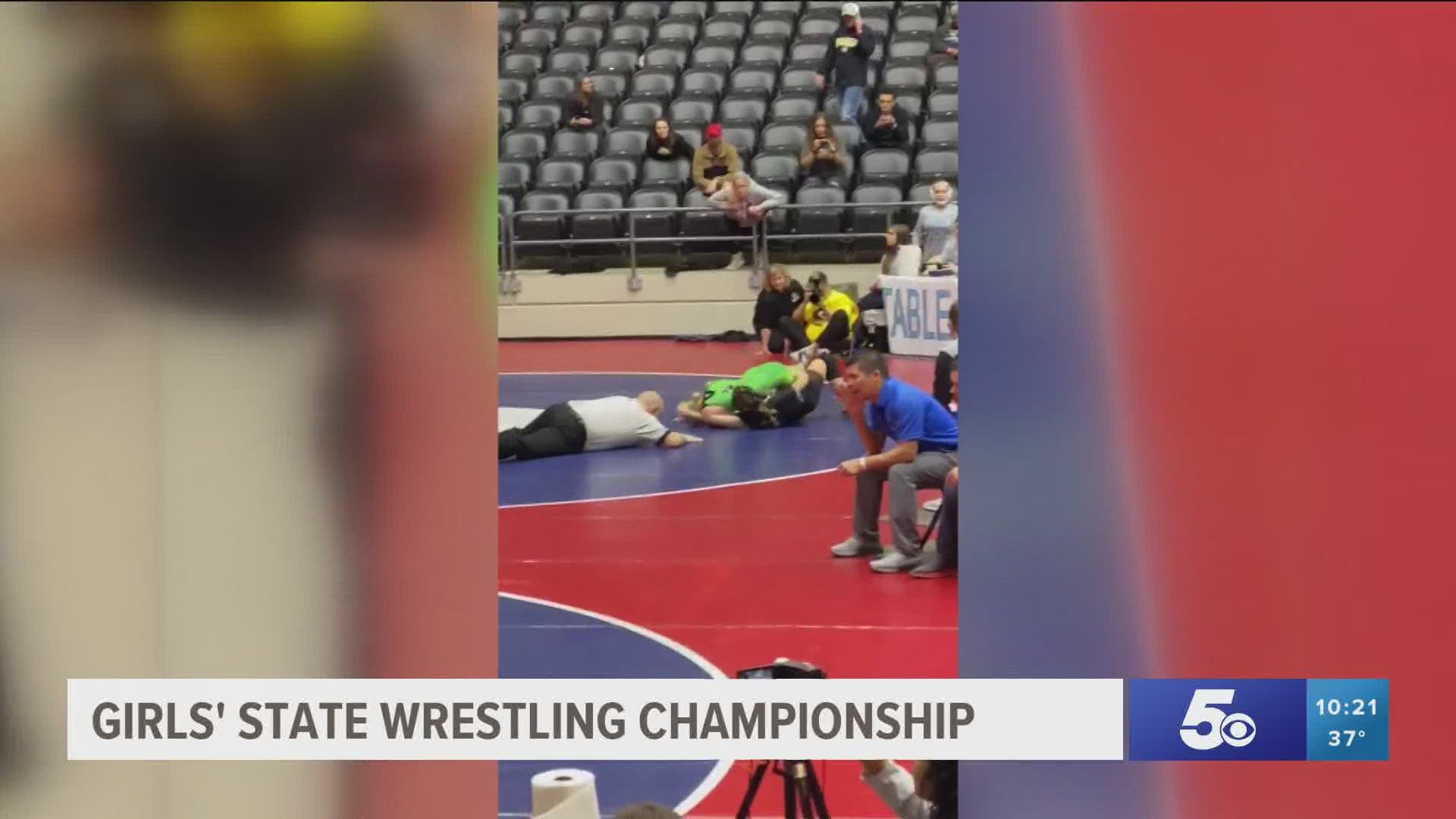 VAN BUREN, Ark. — High school girls from all over the state traveled to Little Rock to compete in the inaugural girl's state wrestling tournament last week.

Addison Loney went from cheerleading and ballet dancing to wrestling with the boys at Van Buren High School.

"My dad, we would always watch MMA stuff, so by like 5, I already knew how to choke people, but it wasn't that safe, so now this is more controlled," Loney said.

The sophomore first tried out for the sport a few years ago.

"It was terrifying because little 8th grade me gets on a bus, not knowing where I'm going with a bunch of boys, and they're like who's this girl?"

Addison quickly got over her fear competing against and defeating boys most of her wrestling career until recently.

"Girls are more brutal. They'll do some pretty shady stuff. They're not nice," Loney said.

Loney, along with five other girls from Van Buren High School, took part in the first-ever AAA sanctioned female wrestling tournament in Arkansas.

"When she's off the mat, she's a goofy kid fun to be around, but as soon as she gets on the mat. I'm usually having to tell her not to break people's noses she's pretty good at that," John Petree, head wrestling coach at Van Buren High School, said.

During the competition, Addison managed to pin all of her opponents in about one minute.

"She just turned into a different animal. She went from the previous week getting beat to nobody was going to stop her," Petree said.

Addison plans to continue wrestling in college and encourages other girls to give the sport a try.

"I think if a guy can do it, why can't I do it? Why can't my friends do it? We can braid hair and paint nails, but we can also kick butt," Loney said.

Next up for Addison and Summers is the National Championship competition in Virginia Beach.