More than 200 UFO sightings reported in Arizona in 2019

Discs, triangles, lights and fireballs lasting anywhere from seconds to more than an hour are some of the objects that have been reported in the sky. 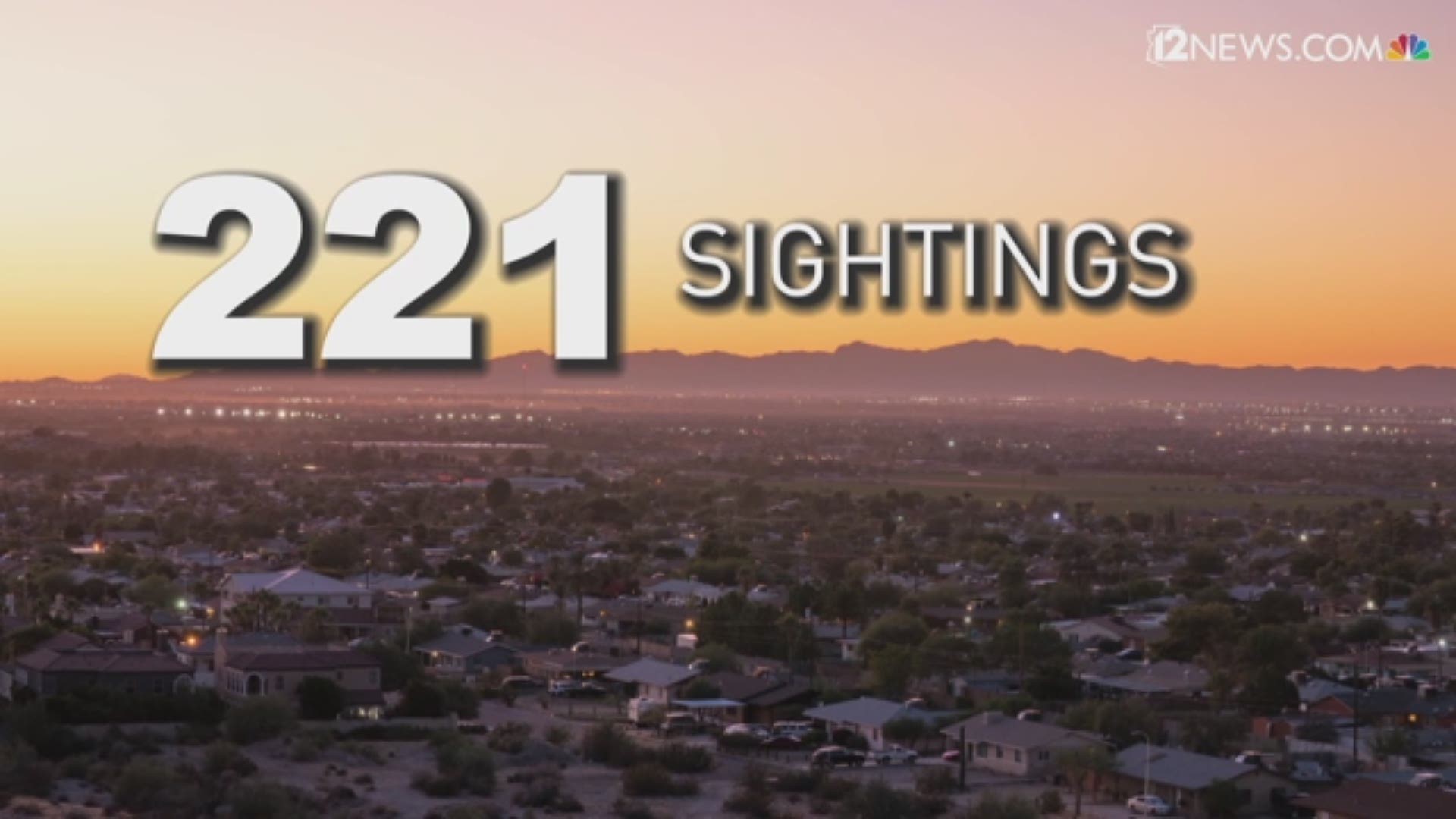 PHOENIX — All across the U.S., people report unidentified flying objects, and Peter Davenport and his team track them all.

Davenport is the director of the National UFO Reporting Center based in Harrington, Washington.

According to that organization, there were 221 UFO sightings around Arizona in 2019.

And many of the sightings weren't in rural areas. We're talking about sightings over Phoenix, Mesa, Glendale and other big Valley cities.

RELATED: Arizona is in the top 10 for UFO sightings in the US, study says

People have described pretty much everything – discs, triangles, lights and fireballs lasting anywhere from seconds to more than an hour.

Just two weeks ago in Laveen, a person described a strange sighting on Dec. 18:

"I was sitting at my kitchen table and I saw a saucer with blue lights, ran outside, it was cruising low and slow from South Mountain traveling northeast towards Scottsdale."

These types of encounters go back decades.

"We are being visited routinely by these things that since 1947 we've called UFOs," Davenport said.

Nobody knows exactly what they are, but many believe these UFOS might be signs of life beyond our planet.

"If this is true, if there's even a shard of a possibility that this is true, it is the biggest scientific question that has ever confronted mankind.

You can read more UFO reports for Arizona here.