Bill Kincaid, a Fayetteville native, has been named acting chancellor of the flagship university. 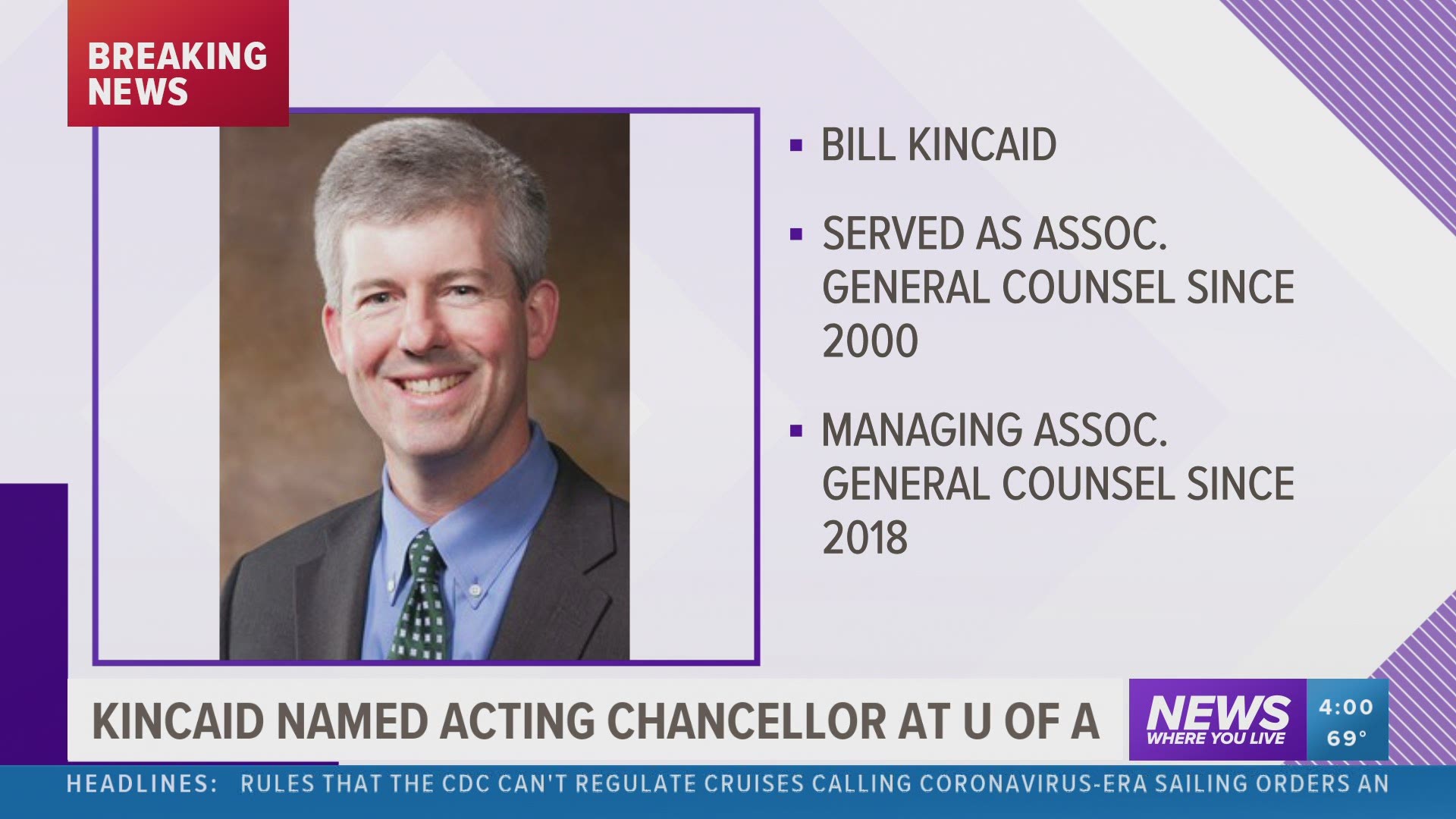 Kincaid will be serving the acting role for a few weeks while he visits with stakeholders of the university to identify the best person to lead the campus through the next academic year.

Bobbitt announced the decision Monday (June 21) in a letter to the campus community.

“I am committed to working with the Board of Trustees, the campus community, and all supporters of the university in pursuing a path to finding the next chancellor of the University of Arkansas,” said Bobbitt. “While I know the decision by Chancellor Steinmetz to resign from his position last week came as a surprise to many, the University of Arkansas remains in a strong position and prepared for a bright future. Mr. Kincaid has more than two decades of high-level experience at the University of Arkansas being involved in an array of campus-wide issues and is a great fit to meet this immediate need on campus,” Bobbitt said. “I appreciate his willingness to take on this temporary role and I’m confident that the university’s daily operations and relations are in capable hands.”

Kincaid graduated with honors from Yale University in 1988. He obtained his law degree at the University of Virginia in 1993. He also has a master's degree in public affairs from Princeton University through a joint program.

Kincaid worked with the U.S. Department of Education and the White House Domestic Policy Council. Before joining the University of Arkansas. He also served as a law clerk to the Honorable Richard S. Arnold, who was Chief Judge of the United States Court of Appeals for the Eighth Circuit. He currently has two children with his wife, Missy Darwin. Both attend the University of Arkansas.

“I appreciate Dr. Bobbitt asking me to serve in this capacity,” Kincaid said. “It’s an honor, especially as we continue to celebrate our 150th year serving the State of Arkansas. I look forward to working with our outstanding leadership team, faculty, and staff over the next few weeks to keep the university moving forward. We have a lot of work to do to get ready to welcome students this fall and continue progress on a range of initiatives.”

Former Chancellor Joseph E. Steinmetz led the institution since he became the sixth chancellor of the University of Arkansas in January 2016. He sent a letter of immediate resignation to the campus on June 17. An official letter of resignation was received and accepted by Bobbitt on June 18.