United Airlines has suspended flights between Northwest Arkansas National Airport and San Francisco due to the threat of coronavirus. 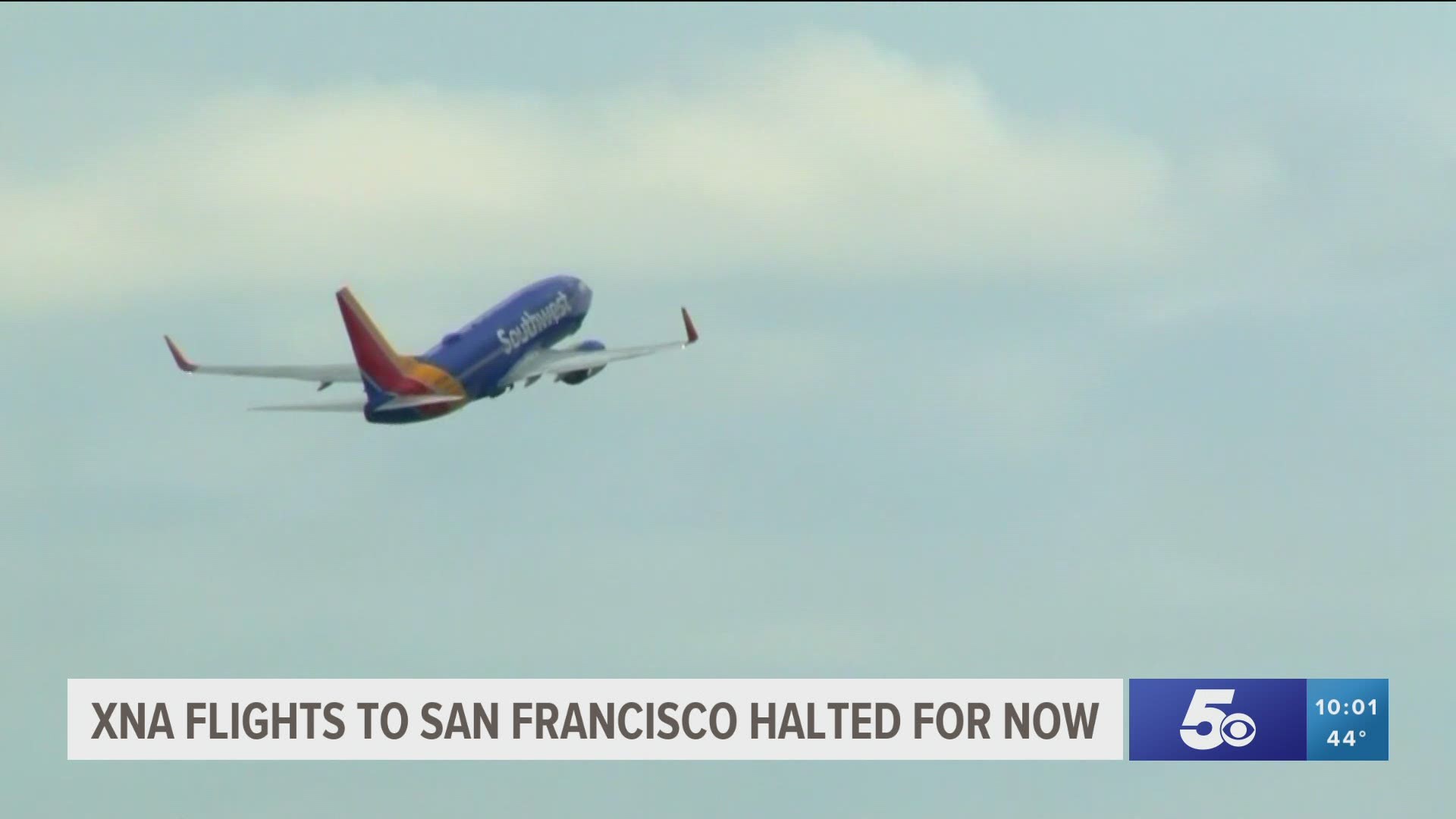 HIGHFILL, Ark. — The Northwest Arkansas National Airport (XNA) has suspended some flights due to the threat of COVID-19.

According to Kelly Johnson with XNA, United Airlines has suspended flights from XNA to the San Francisco International Airport (SFO).

The suspension will take effect on April 1 and run throughout October 1.

According to our content partner Talk Business & Politics, XNA CEO Aaron Burkes previously said the Highfill airport would likely be affected by the virus for the next year until a vaccine is developed. While he doesn’t expect the virus to impact facility needs or projections over the next five to 10 years, he said the virus might affect enplanement growth and lead it to flatten over the short-term. Burkes said when considering how the virus might affect XNA, one can look to airline stocks, which have fallen 40% to 50% in the past month.

This comes after Walmart announced it would restrict all international travel business trips.

Several major Walmart suppliers are based in San Francisco, according to Talk Business & Politics.

According to Alex English with XNA, last week's numbers showed several hundreds of people flew to San Francisco and it is a connection to the international marketplace.

Mark Martin says he flies frequently and that he's seen many people wearing face masks on each flight. He says the news of flights being suspended due to the spreading virus shocked him.

“Well it surprises me you know I think it’s overly cautious but again they may know somethings I don’t,” Martin said.

English says the cancelations are an airline by airline decision.

“XNA has not canceled any of the flights, that’s not necessarily a decision of ours right now, but we are canceling... the flights from San Francisco have been canceled and that’s an airline decision,” English said.

English says they have gone over guidelines on how to prepare and handle the virus with XNA employees. She says the janitorial staff is making extra efforts to disinfect commonly touches spaces like handrails and doorknobs.

Martin says the coronavirus is not going to stop him from taking to the sky. He says he plans to wash his hands and practice good hygiene, along with some other precautions.

“Just do some elbow bumping, first bumping instead of handshaking, yeah that kind of thing,” he said.

While October sounds like a long way away, English says flights could resume sooner depending on how quickly the virus is contained. She did say that more cancelations could be possible in the future.

“I will say it’s a temporary decision and it will end by October first, we are hoping maybe soon depending on the longevity of this virus,” she said.

Airport officials say they are working with several companies to bring disinfecting mist to spray down the terminal a couple of times a week.

RELATED: ADH: Two people being tested for coronavirus in Arkansas