UAFS has been holding events all week to mark the 20th anniversary of the attacks. 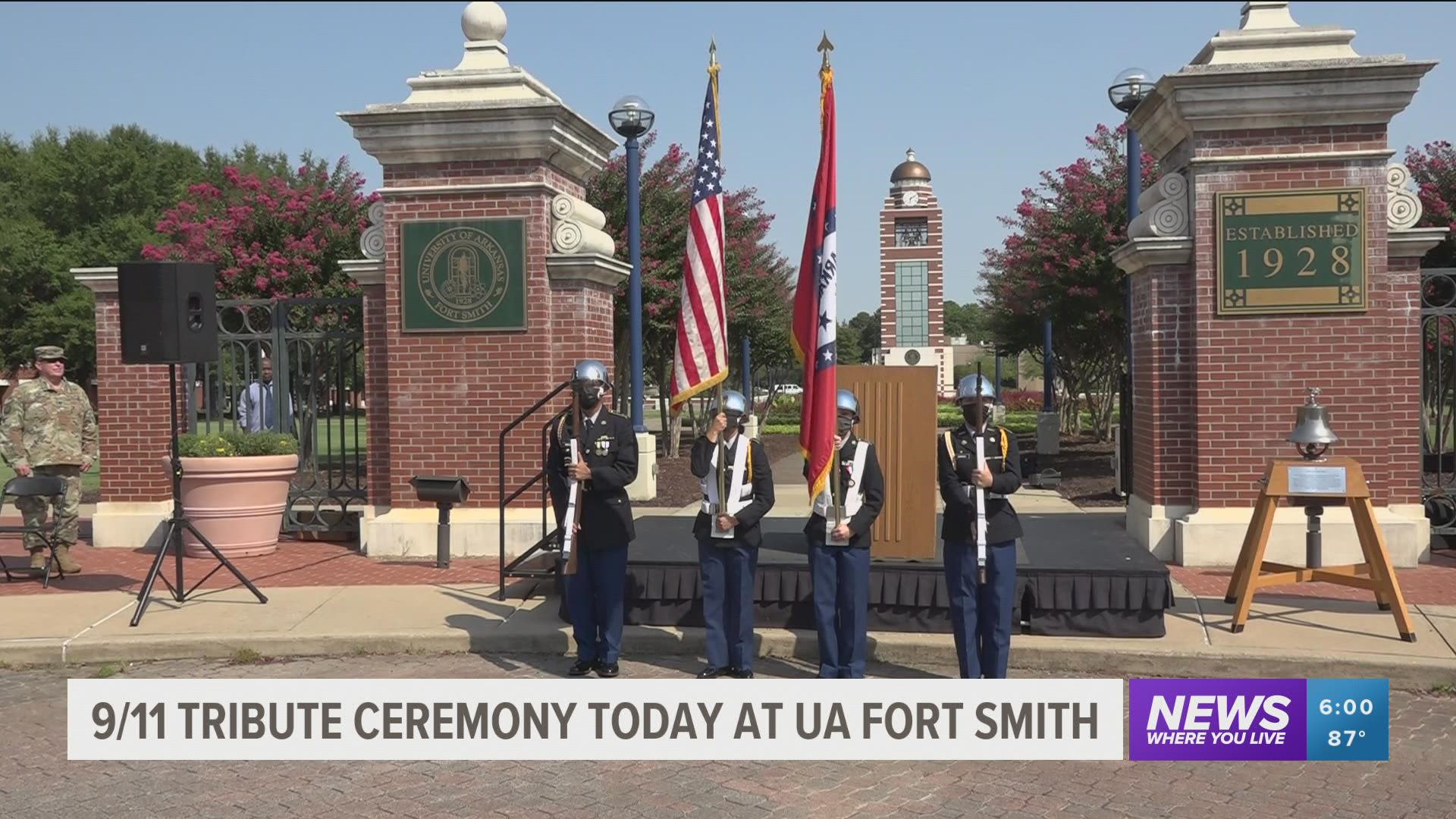 FORT SMITH, Ark. — The 20th anniversary of the terrorist attacks of 911 is Saturday (Sept. 11) and the University of Arkansas Fort Smith (UAFS) has been remembering that day with a week of service.

Friday (Sept. 10) UAFS hosted a public memorial event to honor those lives lost. Almost 3,000 flags were placed on the greens this week by students and staff to honor the lives lost on that day.

Fort Smith City Administrator, Carl E. Geffken worked for the City of New York back in 2011 and his office was downtown less than three blocks from the world trade center.

“I turned the corner to walk towards my building and I saw the tail of the first plane go in and that started a horrific day,” said Greffken.

When he got to his office, he says everyone was nervous not knowing the extent of the tragedy, and then 17 minutes later the second plane hit the south tower.

“When the north tower fell our building violently shook and we were on the 25th floor. At that point in time any possibility of danger for me was put out of my mind because I had about 300 people who I was responsible for,” said Greffken.

Geffken says once he went outside it looked like a war zone.

“A beautiful clear day became absolutely pitch black. We then told our employees to wait for the dust to settle and then to immediately go down to south street,” he said.

Geffken says not a day goes by that he doesn’t think about 9/11 and tomorrow he will be speaking with his co-workers who were with him that day like he does on every anniversary of the attacks.

Chancellor, Dr. Terisa Riley says hearing stories like Geffken’s are an important part of learning about what happened that day.

“We know some of our students weren’t alive or don’t remember because they were so young at the time of 9/11 and we want to make sure people don’t forget. It’s an important thing to remember the goals of hope out of sacrifice,” said Riley.

RELATED: 20 years later: 9/11 memorial events being held in our area