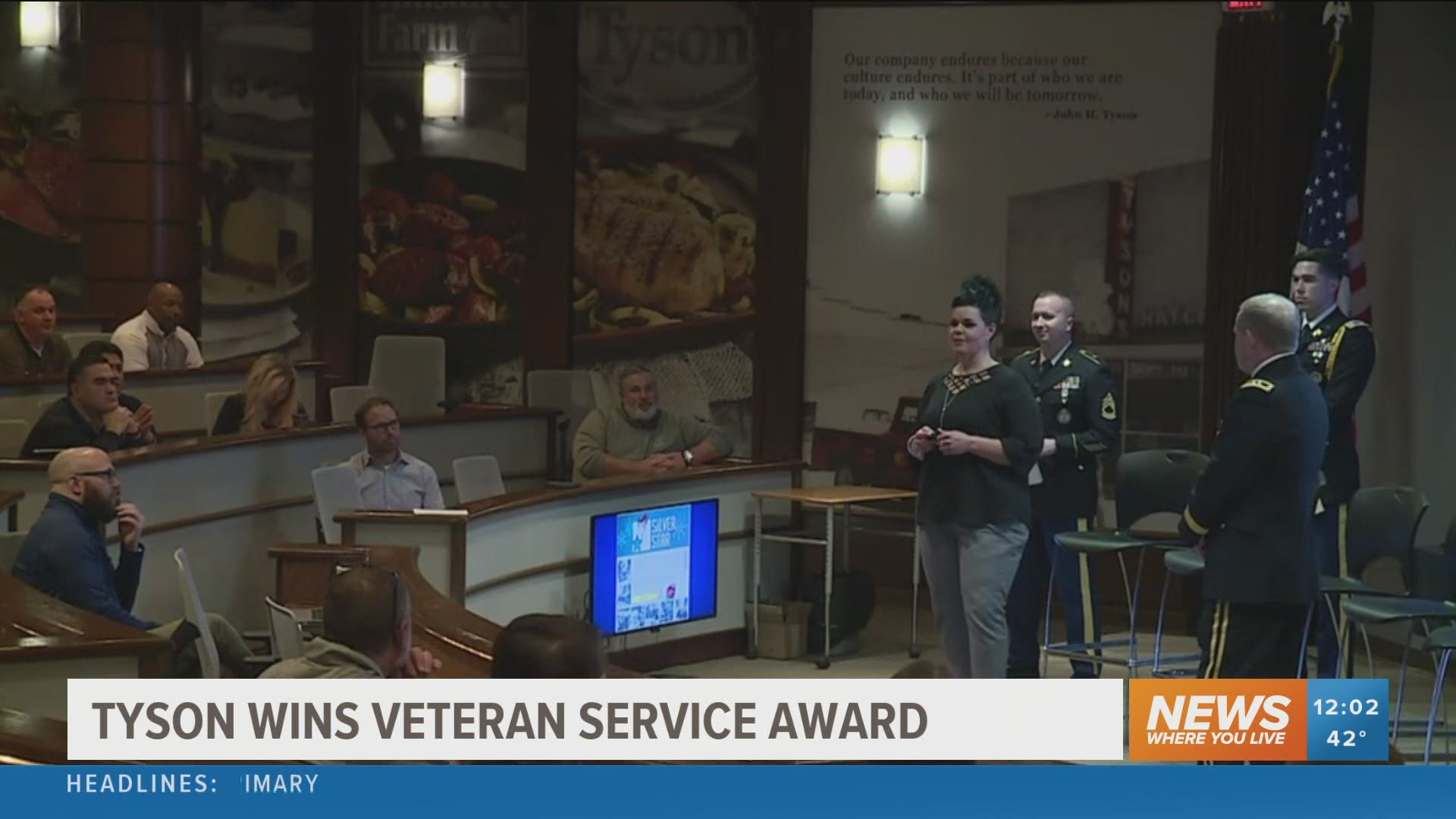 SPRINGDALE, Ark. — Tyson Foods is being recognized for its support of military members and their families.

They have received the Silver Star award from Camp Alliance, an Arkansas based non-profit that supports military families.

Camp Alliance executive director Jody Bergstrom says that Tyson supports the program in all areas. They provide products to military families in deployment events as well as welcoming families home.

She says having a company based in Arkansas that is so passionate about helping families in the state means so much.

“To have a company like Tyson in our backyard and one that does statewide support is absolutely amazing, and it means so much,” she said.

One part of Camp Alliance is the Silver Star holiday program. Tyson gave 143 gifts to military kids across the state this year through the program.