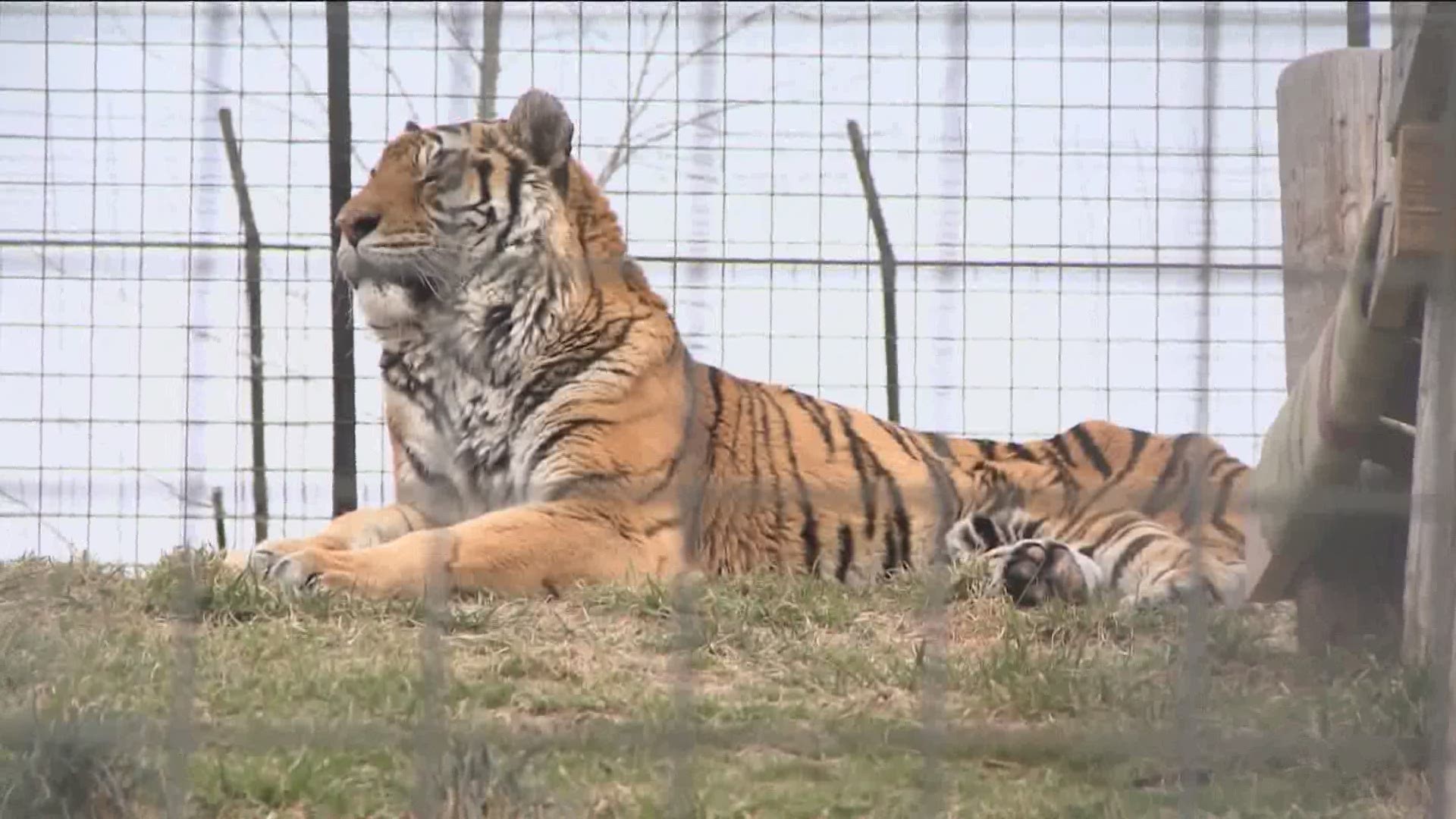 EUREKA SPRINGS, Ark. — With Americans staying home to keep themselves safe from the coronavirus many are turning to streaming services for entertainment.

A popular new docuseries on Netflix has become a big hit and now a local wildlife refuge is speaking out about the show "Tiger King: Murder, Mayhem, and Madness."

It follows the story of Joesph Allen Maldonado-Passage a.k.a "Joe Exotic" who kept hundreds of lions, tigers, and bears at his facility in Oklahoma.

“They are breeding. They are doing cub petting. Pay for play operations to make money for themselves," said Emily McCormack,  animal curator at Turpentine Creek Wildlife Refuge.

The non-profit in Eureka Springs says that’s a far cry from its own mission.

Smith says they've never taken animals directly from Joe but some of the cats at the sanctuary were bred by him.

“We see a lot of metabolic bone disease which proves these cubs that we originally taken from their mothers probably used in cub petting and then dumped somewhere," McCormack said.

They say many of the 89 animals at Turpentine have been rescued from horrible situations but because they were raised in captivity cannot survive in the wild.

“These animals aren’t pets and that’s what we’re always telling people. These are predators, not pets," Smith said.

Maldanado-Passage is currently serving a 22-year prison sentence after being convicted of a murder for hire plot against his nemesis Carole Baskin.

Turpentine worked with Baskin on one of the largest big cat rescues known to date.

“We’ll continue to work with all of the accredited sanctuaries," McCormack said.

Turpentine hopes the show will inspire people to do research before visiting any facility to make sure the animals aren’t being exploited.

Turpentine Creek is temporarily closed because of the COVID-19 outbreak.