BB King is no ordinary tiger. As an underdog from the moment he was conceived, he has touched the hearts of those involved with Turpentine Creek Wildlife Refuge. 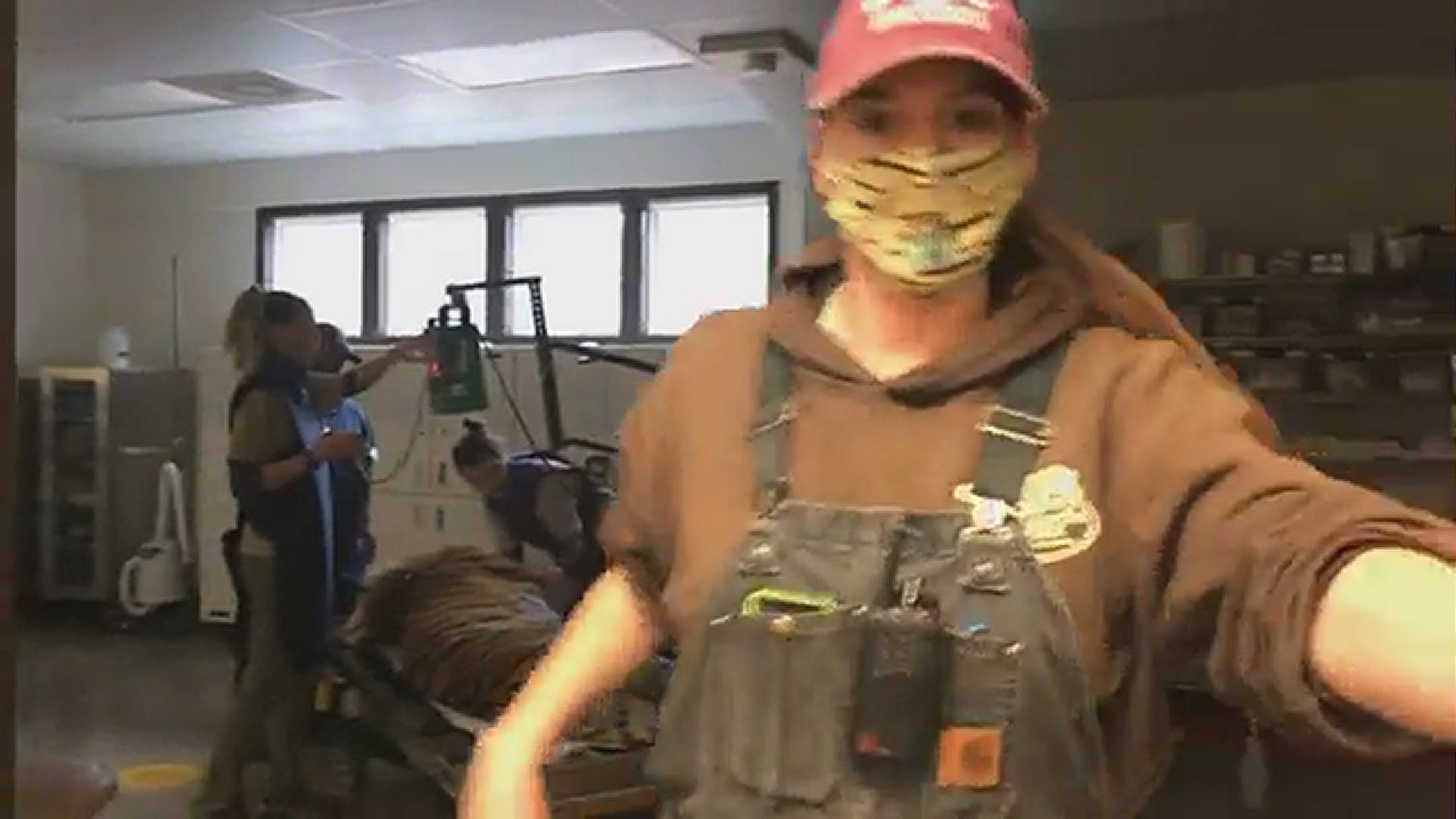 EUREKA SPRINGS, Ark — Last summer a 12-year-old, 405-pound tiger at Turpentine Creek Wildlife Refuge (TCWR), known as BB King (BB), was diagnosed with a rare form of cancer and faced the fight of his life.

A growth removed from BB’s tongue was tested, which led to the diagnosis of lingual hemangiosarcoma, typically only found in dogs and domestic cats, and until now, not seen in a tiger.

BB is no ordinary tiger. Since the day he was born in 2008, his story has been unique, and as an underdog from the moment he was conceived, he has touched people’s hearts throughout his life.

He was raised from birth at TCWR, a non-profit sanctuary for 'big cats,' and claims a very special place in the hearts of those involved with the refuge.

He and his brother, Mack, were stowaways in their mother’s belly when she and their father were rescued, and when they entered the world with a surprise birth over a decade ago, TCWR staff were overjoyed.

Brothers BB and Mack, a handsome duo, still together after 12 years

The story of how BB King got his name is also worthy of mention.

Several volunteers and musicians toured Turpentine Creek during Eureka Springs Blues Weekend in 2008 and learned about a rescued tigress, BB’s mother, who had recently given birth to three tiger cubs, with only two surviving.

The group wanted to adopt one of the cubs, and when they were told they could, they named their cub after the King of Blues, BB King.

BB was lucky to be born at the sanctuary, but unfortunately, he inherited his father's poor genetic disposition, which stemmed from improper breeding within the Big Cat Trade, according to TCWR.

Early on, BB and Mack faced some physical challenges. They were eventually taken to Kansas State University for tests, where X-rays showed multiple micro-fractures and were diagnosed with a mineral deficiency that resulted in bone density problems.

It was a long and expensive process, but the duo grew to be strong and healthy.

They became ambassadors for the refuge and went to schools and libraries to help explain why big cats don’t make good pets.

But last July, news of a cancer diagnosis meant BB would have to overcome once again. On July 15, 2020, TCWR announced BB’s upcoming battle and the treatment plan going forward.

“After extensive x-rays and ultrasounds we are confident that we caught this cancer early, and it has not spread to any vital organs. With this information, BB King’s overall health and his younger age, it was decided that he was an ideal candidate for a chemotherapy drug, doxorubicin,” said TCWR. “After treatment, he should go into remission and be able to live a long, healthy life with us at Turpentine Creek.”

Making the decision to give chemo vs letting the cancer progress was a decision not taken lightly at the refuge.

BB received chemotherapy treatments every three weeks for a total of five rounds and was monitored for any signs of discomfort or other medical issues.

“We are doing what we can to make sure BB King is still a happy, healthy tiger. We feel that all signs point towards this treatment being the best choice for BB King and our team,” said TCWR.

Because he and Mack are so close, TCWR decided to move both brothers from their normal habitat in the Bear Tunnel to habitats located at Rescue Ridge for the duration of BB’s treatment so they could stay together.

“BB King spends at least Sunday through Tuesday in the hospital for observation before he is returned to his habitat and his brother, Mack, who misses him very much while he is away,” said TCWR.

BB was never subjected to the abuse of the cub-petting industry or life at a road-side-zoo because he was born and raised at the sanctuary, and as a result, he is bonded with his caretakers and reportedly loves and trusts them.

That trust made a difference in the level of stress he endured during his treatments and while being transported.

TCWR gave praise to BB for his attitude and temperament, noting his sweet habit of greeting team members with happy chuffs as he underwent treatments at the hospital.

“BB King is actually very laid back and has full trust in his keepers, meaning it's easy to keep him comfortable and stress-free while away from his brother,” said TCWR. “He is a relaxed boy who is just as happy to chill inside the hospital as he is in his habitat. We've been getting very kind chuffs the moment we go to sedate him, and after, as soon as he blinks his eyes open.”

BB’s cancer was caught early, which gave him a good chance of remission and recovery, and at the age of 12, he was still a young tiger, filled with fighting spirit.

And that is exactly what he did. He fought like a tiger and is coming through like the champ that he is.

TCWR was able to update BB’s fans and supporters on Sunday (Jan. 24) with much-awaited news regarding his progress.

“BB battled through chemotherapy treatments last year but has come out on the other side thanks to you,” said TCWR. “Our recurring donors make it possible to quickly diagnose and treat the array of emergency situations our animal residents are at-risk for encountering.”

WATCH: BB King gets his three-month re-checkup after chemo treatments

On Tuesday morning (Jan. 26), BB was welcomed home at the sanctuary after a two-day slumber party at the veterinarian hospital for his three-month checkup, where he received a good bill of health.

The tests all came back good, which the refuge is calling a success. His blood work was great, there were no changes in his tumor and he gained 20 pounds since his last visit.

His next checkup will be in six months, and after that, he will have yearly checkups.

In the video below, Mack can be heard crying in the background as BB returned home from a hospital visit.

WATCH: BB and Max reunite after a two-day separation 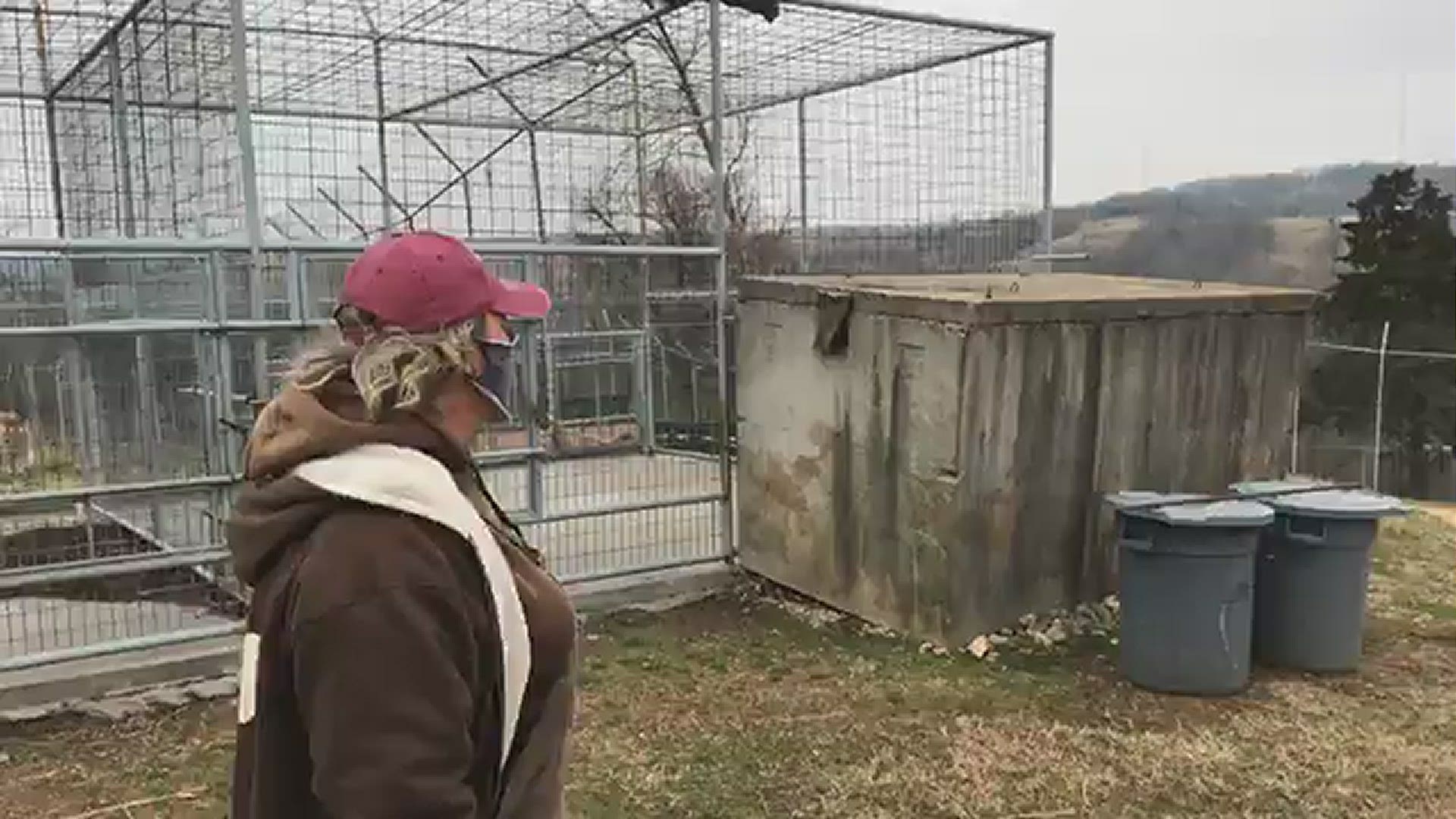 Turpentine Creek Wildlife Refuge is a 501(c)3 nonprofit with a mission to end the Exotic Animal Trade, making sanctuaries like Turpentine Creek no longer necessary, through public education.

BB has served as an ambassador for the sanctuary for years, serving its mission to make the world a better place for tigers.