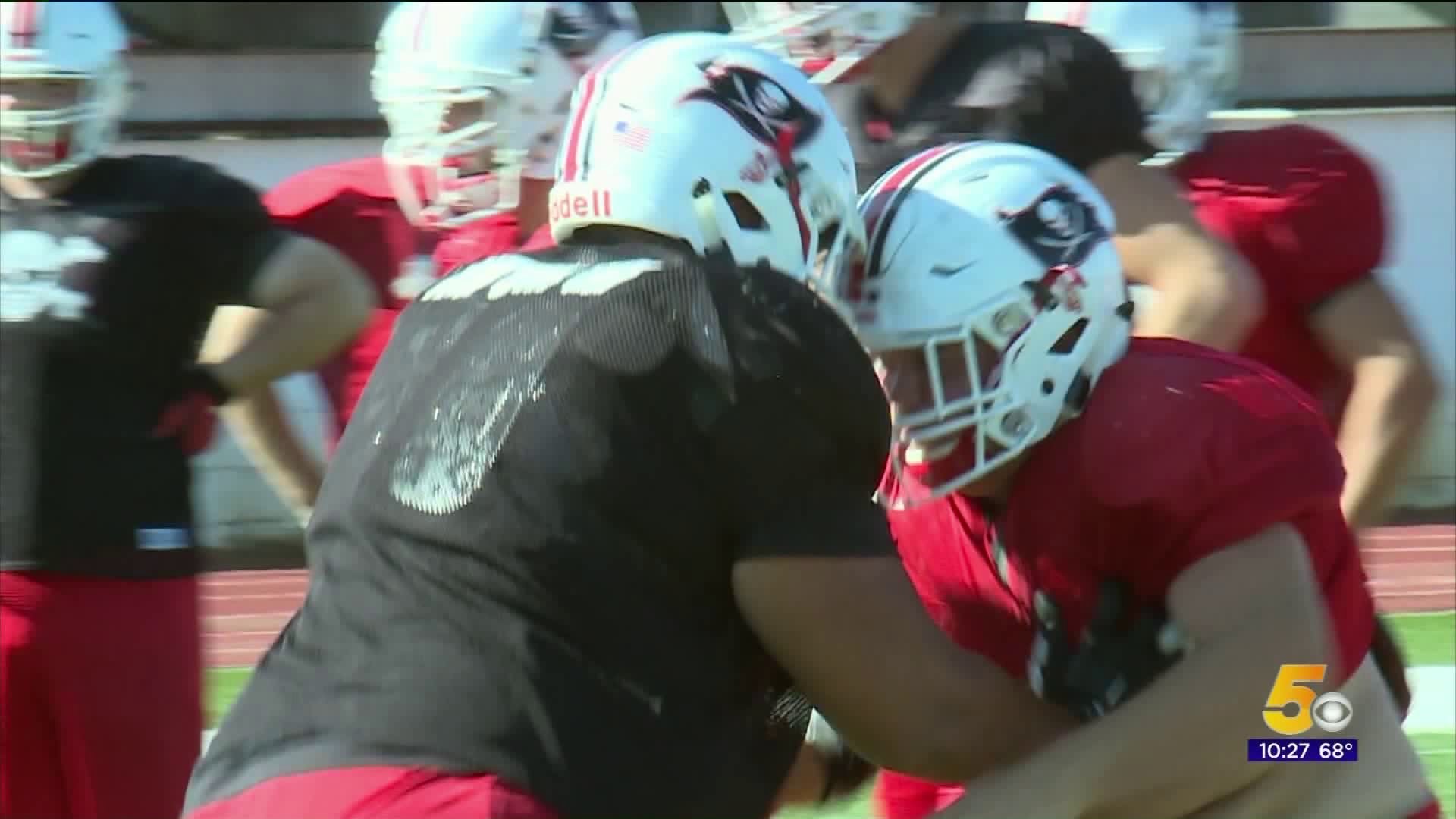 POTEAU (KFSM) - Poteau football is known for one thing.

"We just have to keep on carrying the tradition and just doing what we do - which is defense," running back/safety Jayden Mankin said of the Pirates.

"Poteau's a place where kids still really take pride in playing defense and they enjoy it and it's something we hang our head on," head coach Greg Werner added.

That mindset is no different this year. After a loss in week one, Poteau has outscored its opponent 159-30 in the past four games - winning each contest by an average of 32 points.

A big reason for the success? Well, you sure can't miss him.

"Whenever I first saw Vaka, I said this can't be happening," Mankin said of Tuifua. "This is crazy. I mean, the man's huge. He walks in there - 6'3", 300 pounds. My first impression was 'is this our new coach? Is this a college player? What's going on?"

Vaka Tuifua came to Poteau from Alaska last season and made an immediate impact.

"There's just a lot more energy," Tuifua mentioned of the Pirate defense. "It's always fun to play defense, especially where defense is part of the tradition."

"In 31 years of being a head coach, he's the most dominant football player I've ever coached," Coach Werner explained. "He dominates the inside of the game and everybody we play has to do something to try to control him."

The quiet but powerful playmaker is averaging 6.2 tackles a game - leading a brick wall unit who provides a threat every time he leads them on the field.

"When you play other teams, you get to flip that switch and increase the intensity a lot more," Tuifua said.

Turning heads with every tackle and making his future brighter one turnover at a time.