Supporters of President Trump have planned boat parades at Lake Eufaula and Lake Ouachita over Labor Day weekend and at Lake Tenkiller on Sept. 12. 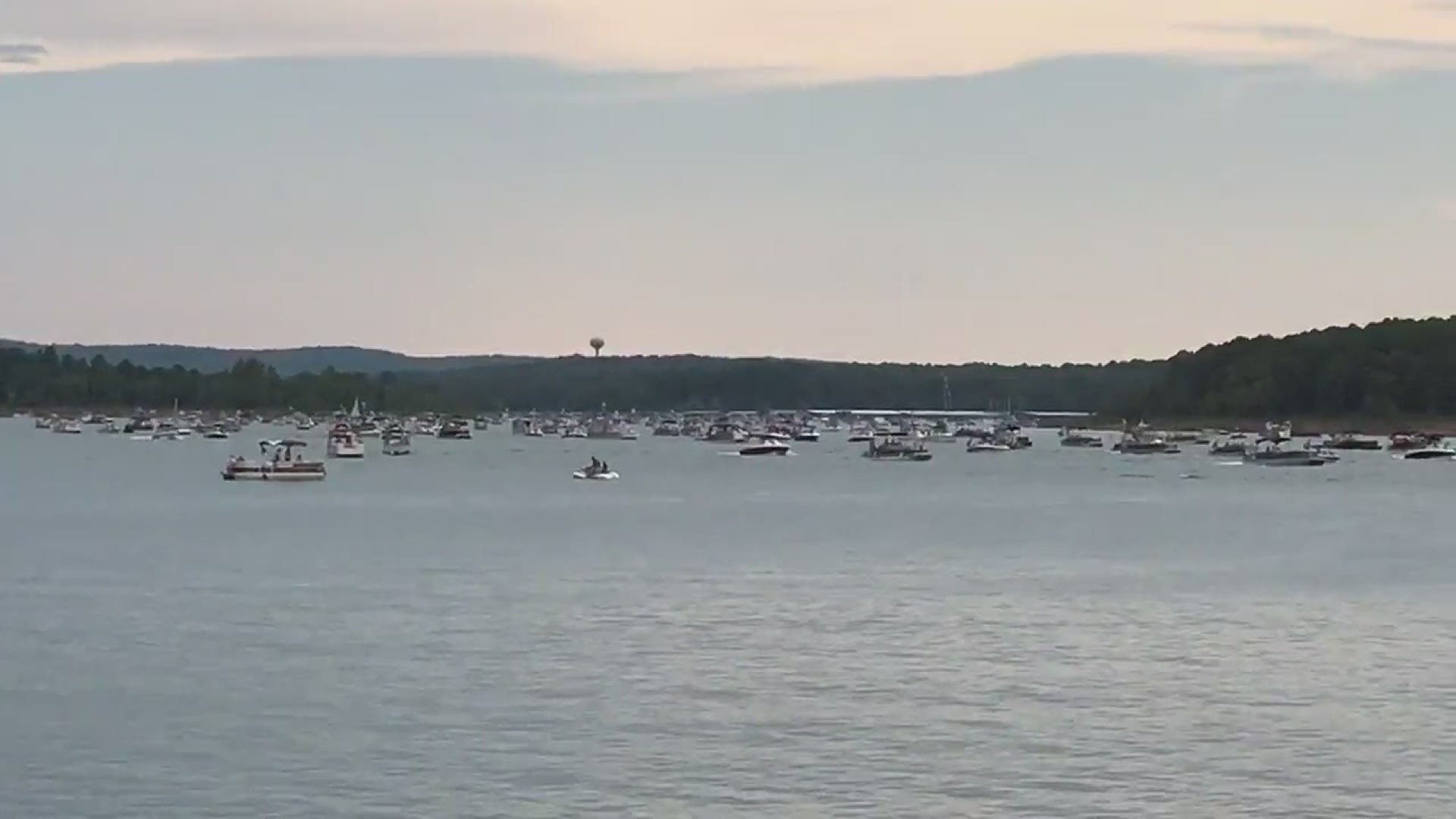 The Lake Eufaula Trump boat parade will be on Saturday, Sept. 5, and boats are set to meet in Eufaula Cove at 11:00 a.m.

Christy Stroud Black is the event host and says hundreds, possibly even more than a thousand, people are planning on taking part in the event either as a participant or spectator.

According to Black, people are coming from many different parts of the country to participate and show support for Trump.

Description: Trump 2020- Gearin up for the Lake Eufaula Trump Boat parade. This is just the truck I will be pulling my boat with. This parade will be Historically Epic. The parade takes place on the waters of Lake Eufaula this coming Saturday of September 5th, 2020. Hope to see y'all there.

Trump Boat Parade on Lake Ouachita will be held on Saturday, Sept. 5 as well.

All boats are welcome and will be gathering between Points 15 & 18 just north of the main bay in front of Mountain Harbor.

Participants are asked to gather at 10:00 a.m. or earlier and the parade announcements and National Anthem will begin at 10:30 a.m. followed by the parade.

The parade route will as we cruise along the north shore towards Shangri-La and Lake Ouachita Shores.

There is a similar parade scheduled for Saturday, Sept. 12 at Lake Tenkiller to show support for the president.

Tenkiller Trumptilla Boat Parade participants will meet at 10:00 a.m. on the north end of the lake, past the Highway 82 bridge and Caney Ridge Marina.

The parade will start at about 11:00 a.m. and proceed back under the bridge (for some great camera shots) and all the way to the dam, at idle speed.

Supporters of President Donald Trump believe they shattered the world record for the largest boat parade when a group set sail Saturday morning from Clearwater Beach to Madeira Beach in August.

There were enough registrations to make the event the largest of its kind. And, it was three hours between the first vessel crossing the finish line and the last one doing so.

An organizer of a Trump boat rally in South Carolina says over 3,400 boats participated in a parade in July.