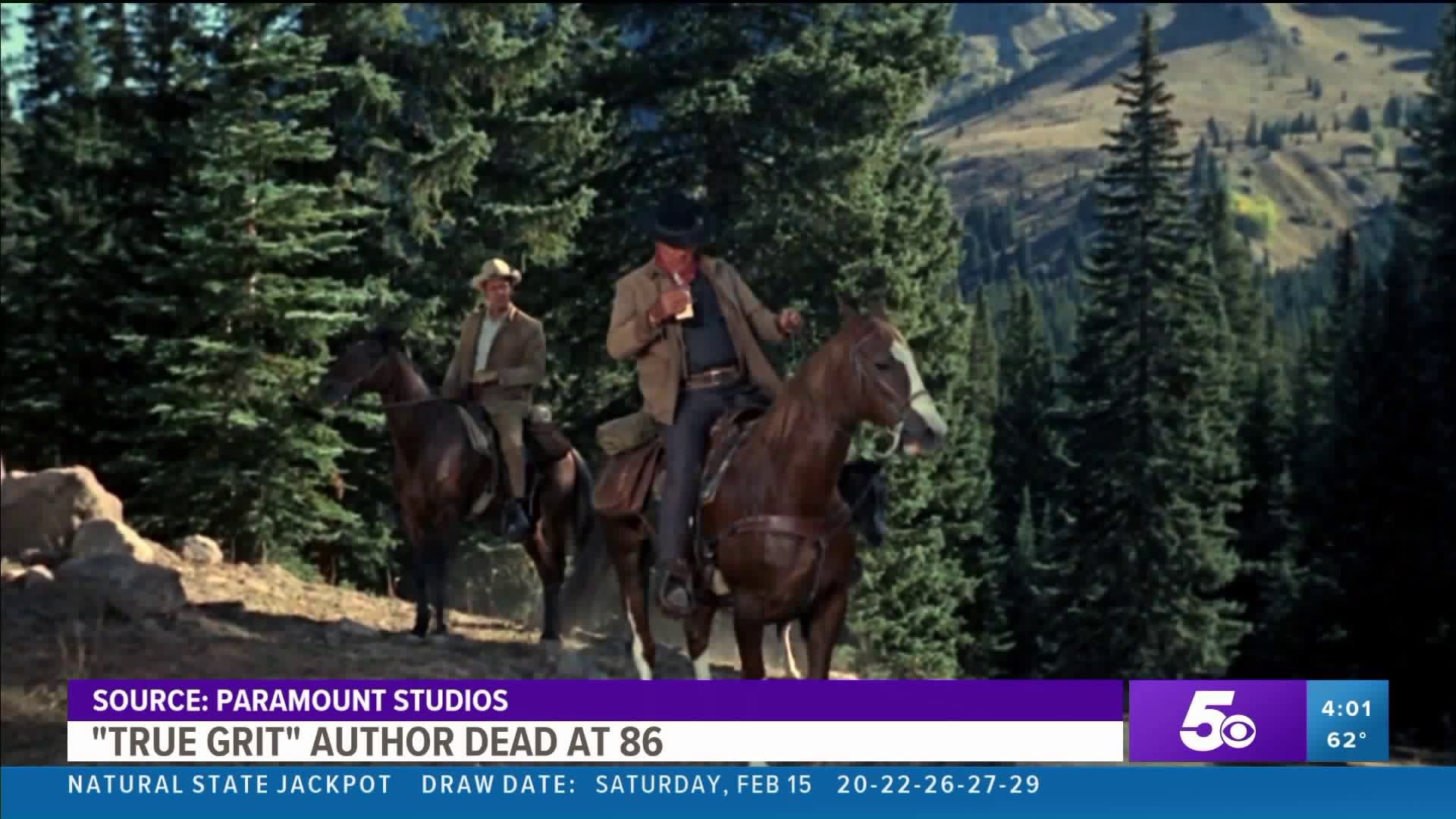 His fans included Tom Wolfe, Roy Blount Jr. and Larry McMurtry, and he was often compared to Mark Twain for his plainspoken humor and wry perspective.

Portis published five novels, numerous magazine articles, short stories and one stage play. Portis saw the world from the ground up, from bars and shacks and trailer homes, and few spun wilder and funnier stories.

In 2019 state highway officials designated a stretch of Arkansas 22 as "True Grit Trail" in honor of the classic novel.

Portis received a bachelor's degree in journalism from the University of Arkansas in 1958.

His funeral will be at 10 a.m. Tuesday, Feb. 25, at Second Presbyterian Church in Little Rock.