A group of truckers dedicated to helping combat child predators assisted police in capturing a potential suspect in Northwest Arkansas. 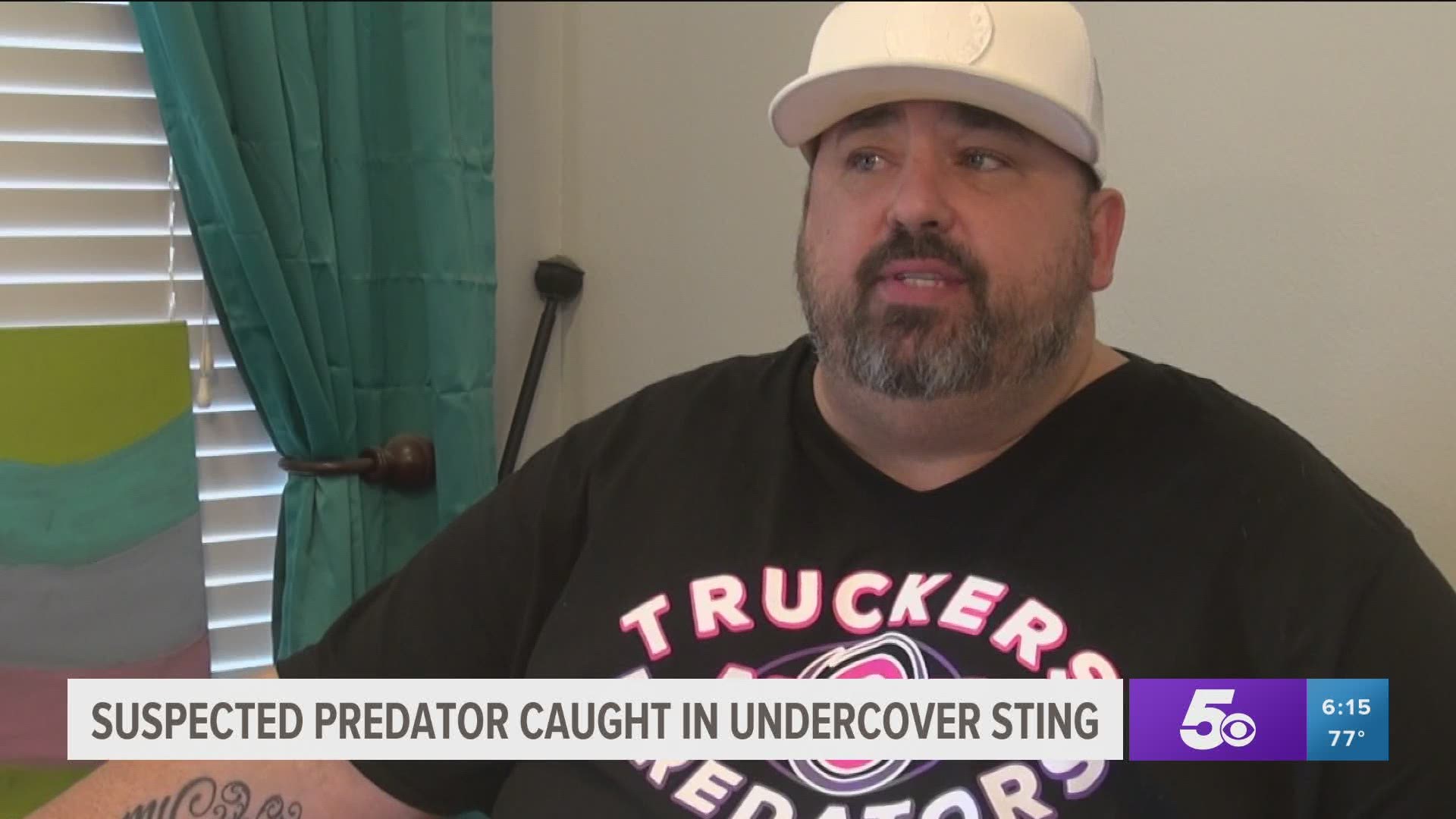 GREENLAND, Arkansas — Authorities are investigating a suspected child predator in Northwest Arkansas after a sting operation conducted by a group named Truckers Against Predators.

Investigators say the man planned to meet up with a minor in Greenland, after reportedly sharing naked photos of himself online with who he thought was a 12-year-old girl.

When the man went to see the girl, he was met by Greenland officers and the person behind the fake profile.

Anthony Greene, the founder of Truckers Against Predators, made a fake social media profile to lure potential sexual predators.

Greene says the man in the black shirt seen in the video was on the other side of the phone.

"He pulled up, he saw the police and took off running. They pulled him over and began questioning him," Greene told 5NEWS.

The man was not arrested, and his identity has not been released.

Police say they questioned the man on the side of the road, but he wouldn't admit to any wrong-doing. It's now up to a prosecutor if he will be charged.

"They are trying to build a very strong case because we do not want him to slip through the cracks," Greene said.

Greene claims the man shared sexually explicit photos to a fake social media profile, the messages and pictures have been given to police.

Greene gave the following advice for parents with young children:

"They try to build trust with these children. Then they meet up with them. They say the most horrific things you can possibly imagine. All of the major applications, Snapchat, anything you can think of are dangerous. These people lurk in these applications."

The Greenland Police Department told 5NEWS they are still trying to gather enough evidence to obtain an arrest warrant.

The incident is still under investigation.