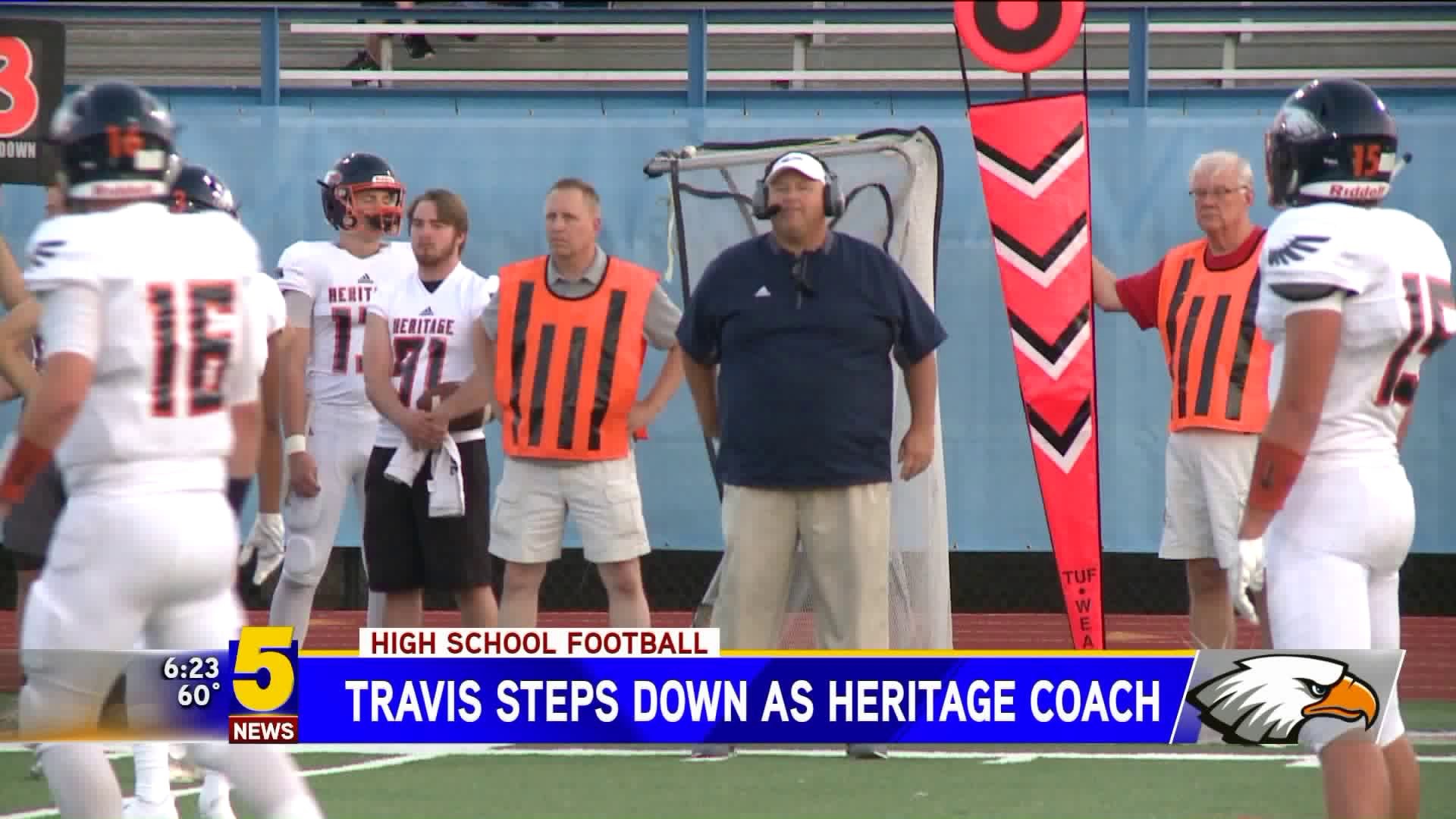 ROGERS (KFSM) - Things have been bit of a struggle for Rogers Heritage over the past few seasons and now the War Eagles are in the market for a new football coach.

After three seasons at Heritage, Tony Travis has stepped down to accept an assistant principal position at Pea Ridge. Travis was the Blackhawks head coach before making the move to Heritage in 2016.

Travis went 2-28 in three seasons with the War Eagles after going 40-37 at Pea Ridge. Heritage has won just three games in the past four seasons and has had issues staying competitive in the always tough 7A-West since the school was formed in 2008. The school has had just two winning seasons in its 11 year history.

"We are going to be proactive in the search" Rogers Heritage athletic director Keith Kilgore said. "We greatly appreciate coach Travis and his efforts. He's going to pursue an administrative role and he's a great guy. We are going to put a list together, do research, reach out to some folks and find a good fit for our program.>

Kilgore did not put a time table on the hiring of a new coach but did say they wanted to make a move sooner rather than later.

Heritage, who went winless in 2018, is riding a 14-game losing streak.