Take a look at the most viewed videos on the 5NEWS-KFSM YouTube page in 2020. 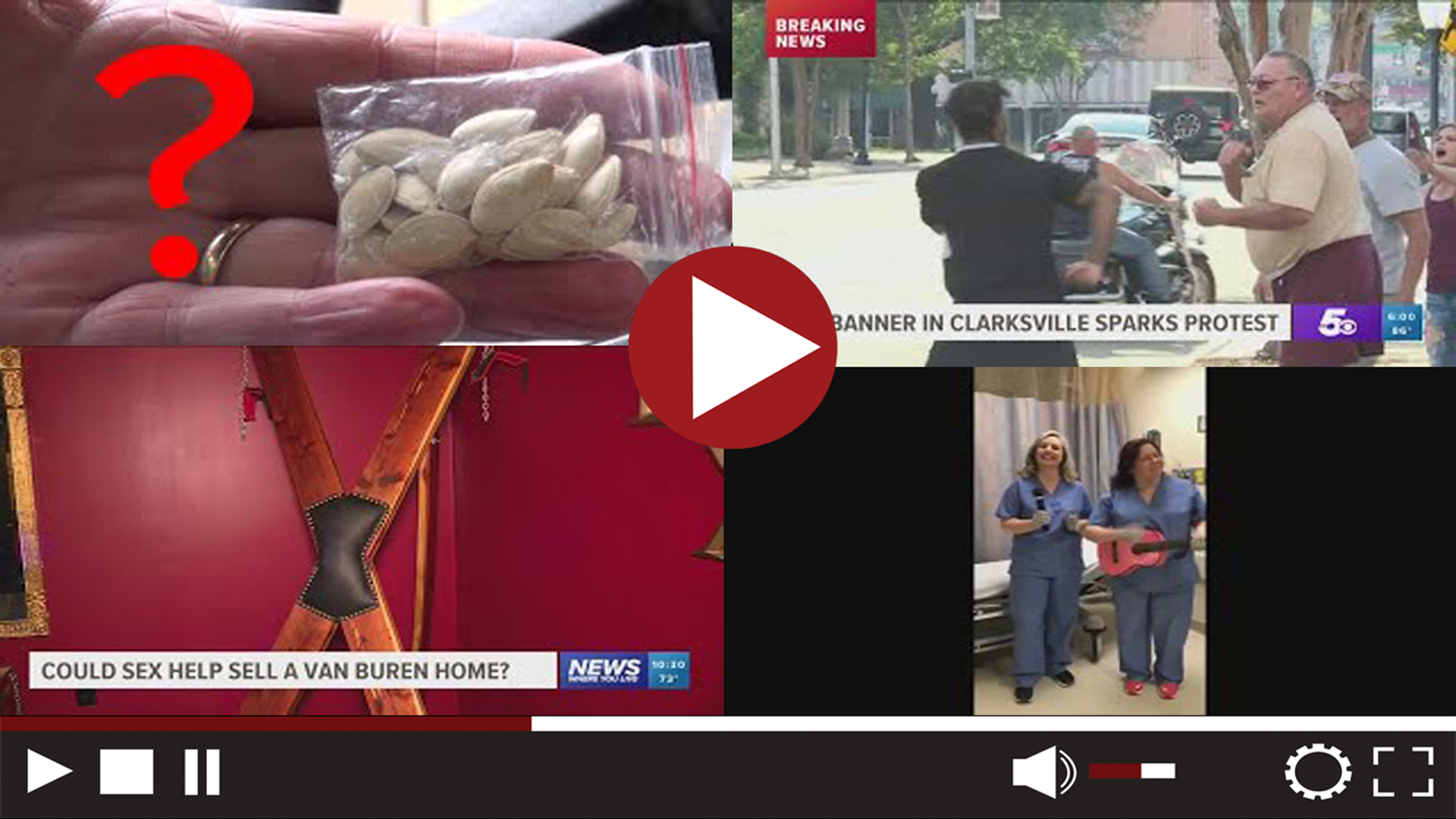 FORT SMITH, Ark. — It's no secret, 2020 has been a wild ride for everyone. From political turmoil, the push for racial equality, and an ongoing global pandemic - it's safe to say every day has felt newsworthy.

That doesn't mean local news took a backseat. Here at 5NEWS, we pride ourselves on sharing the stories of Northwest Arkansas and the River Valley.

Viewing habits are changing, and to keep up, we've put a bigger emphasis on publishing videos online to the 5NEWS YouTube page.

As we reflect on the busy year, let's take a look at the most-watched YouTube videos from where you live.

#1: Arkansas Man Plants Mysterious Seeds from China Being Sent Across the U.S.

Back in July, the U.S Department of Agriculture issued warnings for people to watch out for unsolicited packages of seeds shipped from China. That didn't stop one Boonville man from ignoring their guidance and planting the seeds in his garden.

RELATED: Booneville man plants mysterious seeds from China being sent across the U.S.

In the wake of George Floyd's death, a movement for racial equality sparked across the U.S. The social movement spread to many towns across Arkansas, including Clarksville, where one person was arrested over an altercation surrounding a Black Lives Matter banner displayed in the city.

#3: Mercy Fort Smith Doctors Sing About COVID-19 To The Tune of Jolene

The COVID-19 pandemic went into full swing in the U.S. around March. There was a lot of anxiety and uncertainty among health care workers about if hospitals would become overrun. A pair of doctors out of Fort Smith tried to calm the nerves surrounding the virus by having a little fun with the tune Jolene.

When a Van Buren couple listed their home for sale, it was one extra addition in the listing that caught several people's attention...

In February, Van Buren school resource officer Nick Harvey and a second-grader named Avey Cox danced the night away at the school dance. Corporal Harvey's chief reached out to his officers and suggested they volunteer to escort students without dads. That's when he decided to step up for Avey.

#7: 'He inspires me to run faster': Blind runner and running guide team up in NWA

This year, West Fork freshman Paul Scott and fourth-grader Rebel Hays have been running cross country together as a team. Scott happens to be blind, but that is not stopping him from running, Hays acting as a guide runner so Scott can navigate the courses.

RELATED: 'He inspires me to run faster': Blind runner and running guide team up in NWA

A dad loaded his family into a car and drove them over the Missouri border into Arkansas after an explosion rocked his home. Five people were injured, including three children.

Arkansas Women's Basketball Coach Mike Neighbors took to social media in October to speak out against derogatory comments made against female athletes following remarks made on one of his player's tweets by a Fort Smith radio host.

Two men from Oklahoma are behind bars for their involvement in one of the most bizarre crimes ever reported in LeFlore County. You'll have to watch the video to believe this one. Warning: Details in this video might be disturbing for some viewers.