To help you count down the days until football season arrives, the 5NEWS Sports crew has put together 11 different countdowns looking at players, coaches and ga... 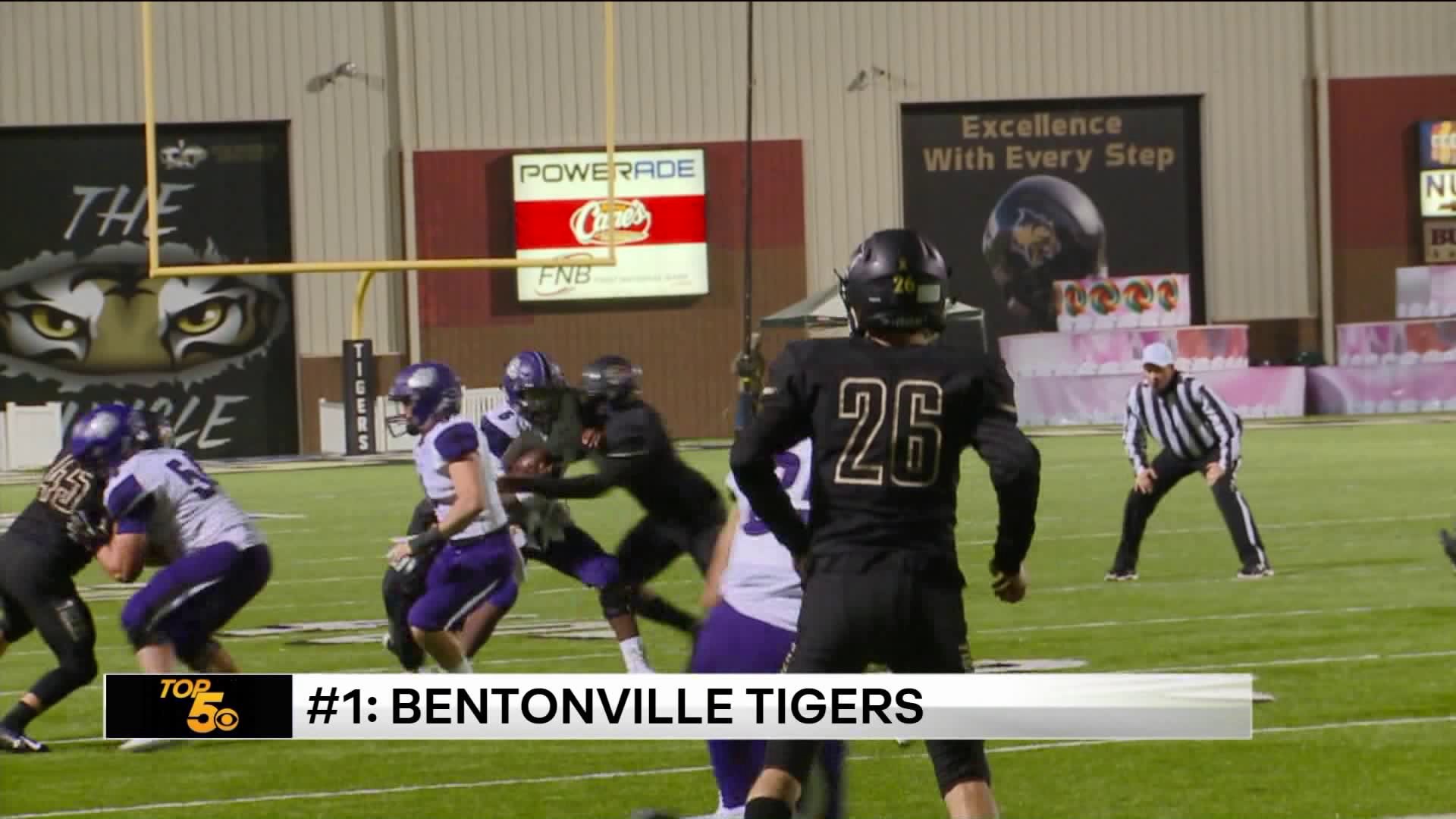 To help you count down the days until football season arrives, the 5NEWS Sports crew has put together 11 different countdowns looking at players, coaches and games to be looking forward to this fall.

They say defense wins championships, and if you want to keep your opponent from scoring - you want a brick wall on the line. Saturday night, the 5NEWS sports team introduced the top five defensive lines in the area who are a force every time they step on the field.

Alma brings in plenty of experience on the line. Karsten Beneux is back after an all-league season racking up 56 tackles and 7.5 sacks. Matthew Hamblin also earned all-conference honors after a stellar season at tackle - tallying 35 stops. These are just two playmakers making up Alma's dangerous D-line.

If you want to score on the Ozark Hillbillies, you're gonna have to get through some big guys. Bryant Burns is returning after earning all-state honors at end with 48 tackles and two forced fumbles, but he may be switching from end to linebacker. If that ends up being the case, expect to see Eli Munnerlyn and Hayden McKeehan as a dynamic duo lighting up the ends on the Hillbilly defense.

Greenwood slides into the #3 spot after allowing just 13.4 points per conference game last season. Coleton Erwin makes the shift to tackle after 48 stops with six for loss and two sacks at noseguard last year. The end spots should be bulky too - quite literally. Tayshaun Leader added 20 pounds of muscle this off-season, and Jordan Hanna will likely join him as Greenwood looks to make it three state titles in a row.

At Northside, it's Khaden Washington's world and everyone else is just living in it. The all-league end tallied 45 stops with eight QB hurries and four sacks last year. Kaleb McDonald started ten games at noseguard last year, and will likely be an all-conference threat this year if he continues to dominate. All part of what took the Grizzlies to their first semifinal since 2005 a season ago.

At the top spot sits Bentonville who brings in a force at both end and tackle. Chris Crawford earned all-league honors and is sure to be even better this year - paired with Max Shreve who had a massive spring with the Tigers. Eugene Webster slides into the noseguard spot and brings strength to the position - all molding together to make Bentonville the 5NEWS #1 defensive line.