A suspected murder-suicide claimed the life of a young mother and son in Van Buren. 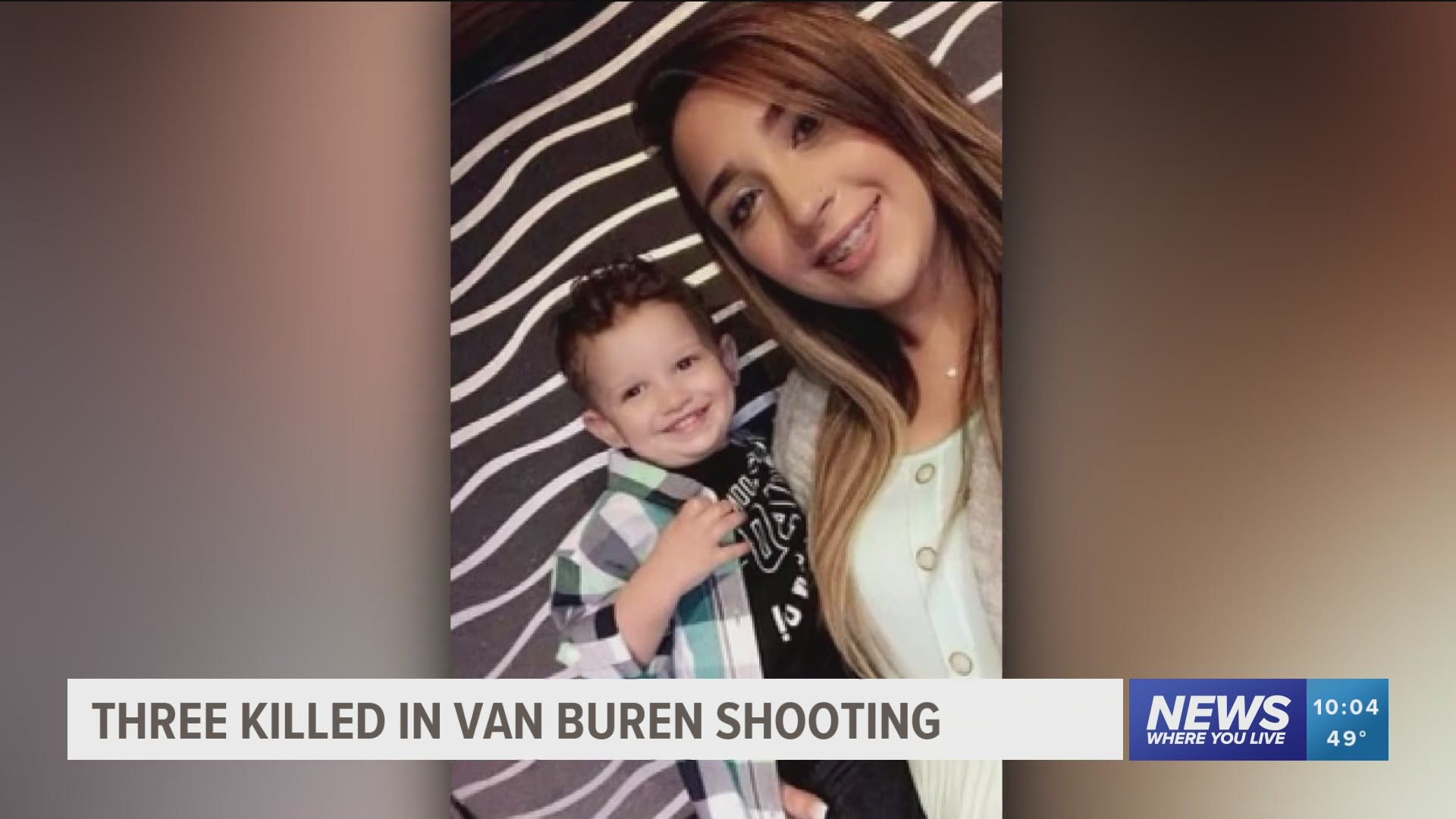 VAN BUREN, Ark. — Police in Van Buren are investigating a possible murder-suicide that occurred in a duplex on Williams Street Sunday (April 18) morning. The victims include a man, a pregnant woman and a 2-year-old boy.

During a press conference on Monday (April 19), Johnathan Wear, Van Buren Police Department Public Information Officer, said a 911 call was made by a man Sunday morning saying that he heard arguing and gunshots from his neighbor's next door.

When police arrived, the bodies of Paiden Priest, 23, and Grayson Beckham, 2, were discovered.

David Priest, 24, was also found at the scene. He had a gunshot wound and was rushed to an area hospital where he later died.

Neighbors told 5NEWS Paiden was pregnant and had recently had a baby shower.

All three bodies have been sent to the Arkansas State Crime Lab for an autopsy.

Wear says the homicides are being investigated as a murder-suicide, and that police believe at this time that the shootings were carried out by David.

"It's very hard to make sense of an incident like this," Wear said during the press conference. "We've dealt with similar incidents. From my time here at the PD, this is one of the worst ones I've ever seen."

He said the couple had no past run-ins with the police.