Their claims led to calls for Paxton's resignation and an ongoing investigation. 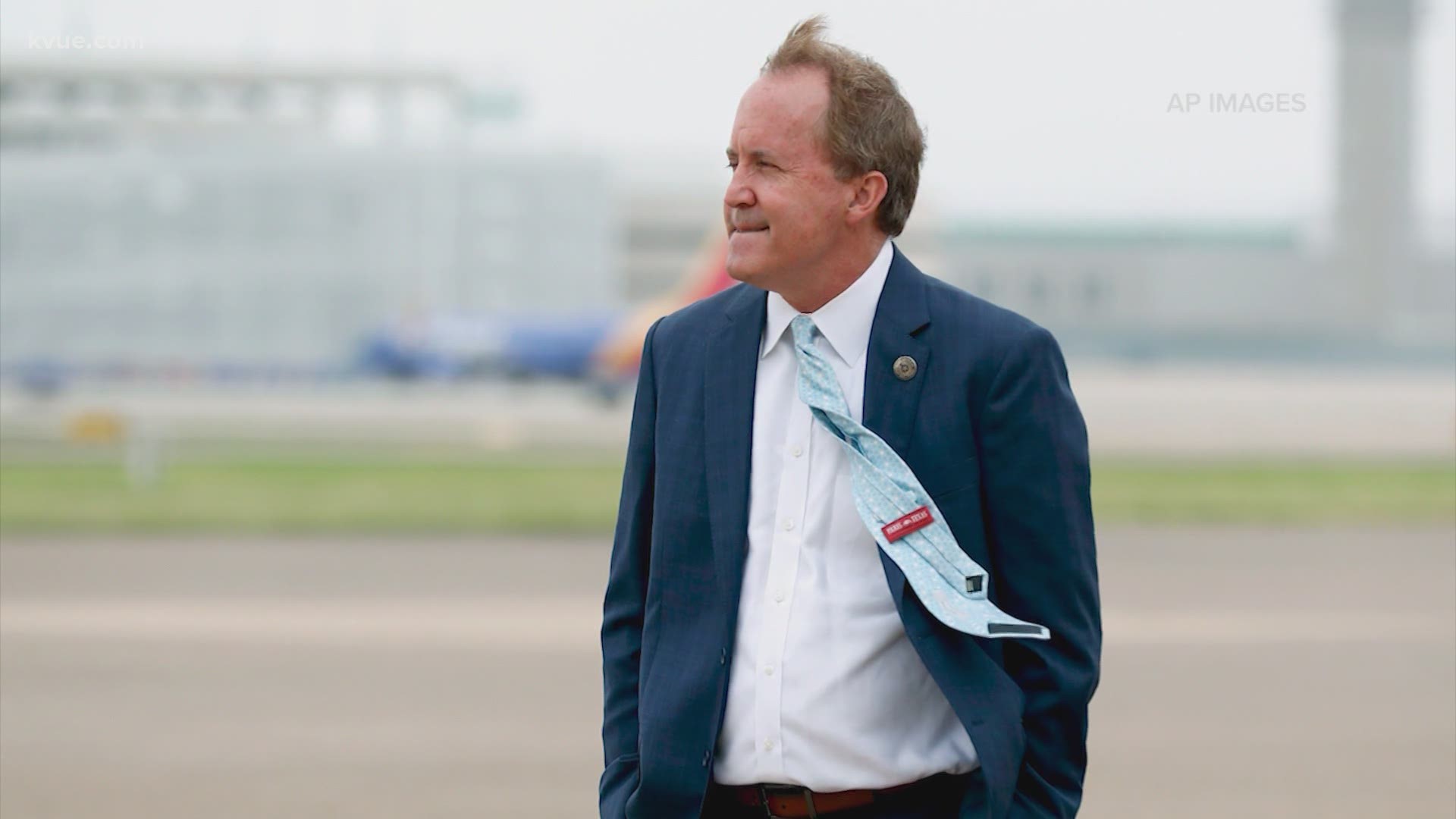 AUSTIN, Texas — Four senior aides to Texas Attorney General Ken Paxton have filed a lawsuit claiming he retaliated against them after they alerted federal investigators about possible improper and illegal dealings with an Austin investor.

The lawsuit adds to ongoing fallout in the state agency after seven top executives alleged last month that Paxton may have violated laws concerning bribery, abuse of office and improper influence in his relationship with Nate Paul, a Paxton friend and $25,000 campaign donor.

Their claims led to calls for Paxton's resignation and an ongoing investigation.

Paxton said in a statement this week that he denies any wrongdoing and had legitimate business with Paul.

According to the suit, filed Thursday in state district court in Travis County, the employees faced retaliation that included the removal of duties and being ejected from meetings. One plaintiff said he was ordered to leave his personal cell phone in his car, even though it was crucial he have it.

"Plaintiffs were subject to adverse personnel actions by (the Office of the Attorney General) and Paxton -- including demotion, suspension, removal of work assignments, hostile work environment, constructive termination and termination of employment -- because of the reports they made," the suit alleges. "The adverse employment actions would not have been taken against them had they not made good-faith reports to law enforcement.”

Of the seven aides who signed a complaint about Paxton, one remains employed with the agency but is on leave. The others resigned or were fired.

The lawsuit contends that Paxton became personally involved in several dealings between his office and Paul and that Paxton may have done so to benefit himself, Paul and a woman with whom he was reportedly having an extramarital affair who also worked for Paul.

Paxton pushed back on his staff when they told him they found no evidence that FBI agents and other law enforcement violated Paul’s Constitutional rights when they raided his properties last year. He then hired an outside investigator.

The suit also claims that Paxton ordered his staff to intervene in a lawsuit involving Paul and the nonprofit Mitte Foundation and directed employees to “find a way” to release records to Paul about the case under the Texas Public Information Act.

In a statement, Paxton wrote:

"I have always fought to protect the interests of Texans, and to use this Office to uphold the laws of our great State.

Likewise, when the Mitte Foundation lawsuit came to my attention, as was required by law, I became more concerned, particularly since the Mitte Foundation had been investigated and sued in 2009 by the then Texas Attorney General.  To be clear; I have a legal duty as the Attorney General, on behalf of the public interest in charities and as the enforcement authority over charitable corporations, to consider and address all lawsuits affecting charitable corporations.

Some members of my staff ignored my deeply held concerns – and, without all the facts, opposed my decisions and ultimately sought to undermine the integrity of this Office by making their disagreement noisy and public.

To be clear; I have never been motivated by a desire to protect a political donor or to abuse this Office, nor will I ever.

Finally, my Office – and I – will continue our robust efforts on behalf of all Texans; 4000 agency employees are still enforcing child support orders, protecting citizens against consumer fraud, enforcing open government laws, issuing legal opinions and representing the state of Texas in court.”

Austin-area hospitals are 'much better positioned' than they were at the beginning of the pandemic, doctor says